Previously, there were a ton of resources you could download to stream newer DLC content into your FiveM servers, however this falls under piracy and leads to more issues than needed.

Slapping newer DLC content into a stream folder is blocked and won’t work.

There is a much easier way to have your FiveM server on a higher DLC level, however for whatever reason, people would rather roll their eyes when you ask them how to do it, and I haven’t exactlty seen much documented on it, at least, in a way that even a simpleton would understand.

After enforcing to a higher gamebuild, you may find your ymaps look different, or the roads may be invisible/blurry. Try using codewalker and setting the DLC to the same as your server and update the ymaps/ytyp’s.

You may also run into a case of constant crashes to the desktop when trying to load into the server; A common culprit to this issue seems to point to addon clothing, EUP or possibly add-on peds.

These issues may appear as the following:

While you will be receiving errors in the console similar to:

[Canary/b2372] Client side plugins do not work after random update

Client plugins like trainers are blocked unless they explicitly declare compatibility with newer game builds as people hit random issues as a result of out of date plugins.

Not a bug, therefore: ask the maintainers of these trainers to add the game build support entry to their .rc files.

Check out this forum post to get your ASI files working on FiveM if they are not already working, however use at your own caution as this is not an official solution.

Expect some bugs while using Canary. When the DLC is fully ironed out, it’ll be available on release channel.

HOW TO CHANGE GAMEBUILD ON FIVEM: 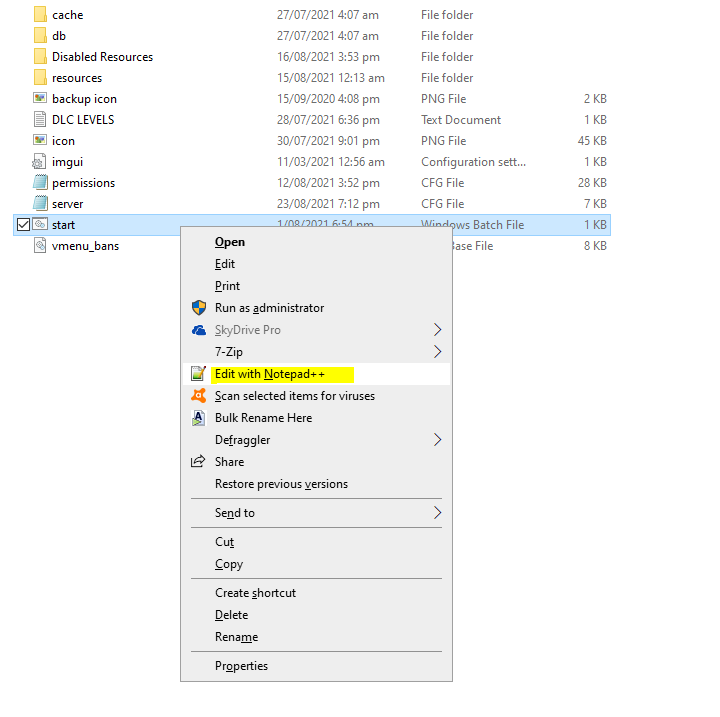 Add the following: +set sv_enforceGameBuild XXXX - Enter the build number in place of the X’s or simply use the aliases.

Save and start server

You can select a different gamebuild from the available builds stated above, or a higher build, when FiveM announces support for it.

For higher builds, you may need to run your FiveM client in Canary, rather than release.

On Linux, it is the exact same thing, however you need to open run.sh instead of the bat file.

If you have txAdmin, you can put it in the Settings > FXServer > Additional arguments

Add the following: +set sv_enforceGameBuild XXXX - Enter the build number in place of the X’s

Information regarding enforcing your server to that build on FiveM and its’ content can be found HERE. Shoutout to @AvaN0x

This build is functionally equivalent to 2545 mpsecurity, except it adds around 20 more slots for addon clothing packs.

Available on canary then eventually release.

More information on this build can be found HERE

.asi plugins now have to explicitly say they support newer gamebuilds: This change was added a few days ago: It’s possible to add this to an existing .asi without recompiling it, though. You need to create a Windows resource script (.rc) file with the following content: FX_ASI_BUILD 2189 dummy.txt FX_ASI_BUILD 2372 dummy.txt Also create an empty dummy.txt file, which is just to get it to compile. Next, compile the .rc file with rc.exe: > rc.exe fx_asi_build.rc This will produce a Window…

hi, i can’t find "run.bat"on my windows… can you help me?

it’ll be called something else then, however should be a .BAT file. Bare in mind, this tutorial is for server OWNERS, therefore the average player won’t have it.

oh, i failed sorry i have another problem, i cant join into the server for this problem: Changing game build failed: Downloading 2545_2372_update.hdiff failed with CURLcode 56 - OpenSSL SSL_read: error:1408F119:SSL routines:ssl3_get_record:decryption failed or bad record mac, errno 0 can you help me? if you can’t don’t worry
thanks.

I was having issues with my server but this helped a lot, thanks!

Why does my server crash on startup? +set sv_enforceGameBuild 2545

When it crashes, save the crash report and open a new issue thing on the forums. However if I had to guess, I would assume you have add-on clothing that did work fine on an earlier gamebuild and now, causes your server to crash.

New update has dropped for PC, mpg9sec aka 2612 if and when it is available to FiveM, I will update this forum post.

I don’t know all too much about it as of writing this, however I have been informed that YMT limits have increased, which is great news for those with addon clothing.

If you are modifying or creating a ymap or ytyp interior using codewalker, you will need to have the latest version and enable the DLC Level on codewalker to match your FiveM server gamebuild. On the list above, I have given the code, DLC codename and it’s name.

I just recently enforced gamebuild to 2612, because I have 6 YMTs for my custom clothing. (3 add on clothing packs). I needed the extra ymts. But now My server keeps crashing due to one of my clothing packs, and Im going through removing so many clothing, what can I do to be able to keep ALL my clothing and it not crash my server, but be compatible with the build??? It worked fine on 2372 and lower builds.

Join the pleb masters serverand discuss it there, I’m no troubleshooter. This is merely a “how to” for enforcing gamebuilds, and unfortunately clothing just happens to be a con.

Is there no way to create stream folders and have the DLC cars as addons? I know you use to be able to do that without forcing any gamebuilds

hi, i have issue with 2 mapping, with build 2699 i have a invisible wall, i cant enter in mapping, i dont know why…

I’ve answered you three times already on dissscord. This is not what I meant when I said report it on the forums. You need to make your own forum post and discuss this.