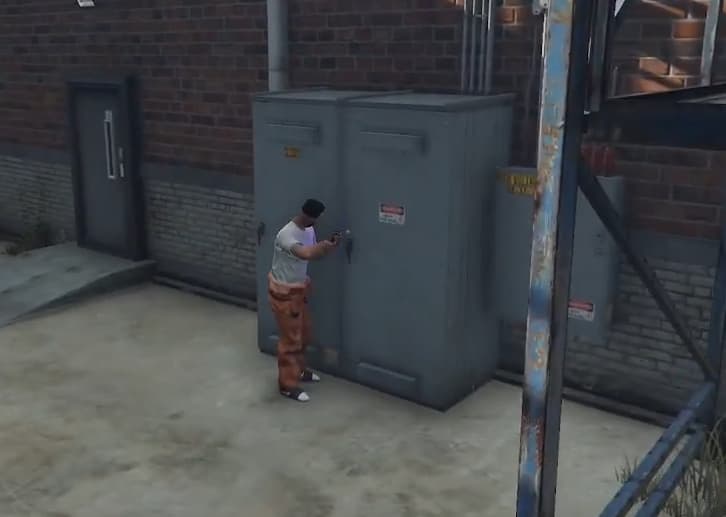 Ahoy. Before we get started, this script is set up for Gabz Prison, however, it is super easy to adjust to fit any prison (Even free ones). The script is not encrypted, you can make any changes you want.

So what is the script? Prison ++ Is a Jailing & Prison Economy Script. It includes the following;

– Jailing System - /Jail, /Unjail people as Police. You can /Jail someone again to ADD Time onto their current sentence (SO if they have 10 months, and you jail for another 10 months, it’ll be 20 months instead of just overwriting.)

– LEGAL Jobs - Inside Prison are Five already set up Legal Jobs to do.

– Kitchen – Inside the Kitchen you can get food, and drink for free. Simply walk up to the Counter and choose your desired “meal”

– ILLEGAL Stuff - There are three prison gangs set up inside the prison. (Families, Ballas, Vagos).

– DRUGS - Manufacture your own drug in Prison. (Called ‘mud’ in the video above).

– Drug complete - So what to do with it now? Simple! Smuggle it out of Prison.

– For guards - Inside the Cell block control room, you can trigger a Prison Alarm which sends out a News Alert to everyone in the city, as well as playing an alarm sound for everyone within 300M’s of the Prison.

– Recreational Activities - Who says you cannot have fun in Prison? There are two activities set up to kill time

– Doctor - there is a Doctor in the Infirmary that will heal you to full HP upon use. If you change up the events it triggers, it is possible to revive downed players as well.

I’ve included an edited nh-context with the download, as well as what items are needed in the readme.

The script requires ESX; Tested on Legacy but should work on -any-
PolyZone - GitHub - mkafrin/PolyZone: PolyZone is a FiveM mod to define zones of different shapes and test whether a point is inside or outside of the zone
bt-target - GitHub - brentN5/bt-target
nh-contextmenu - GitHub - nerohiro/nh-context: Simple, minimalistic event firing context menu
swt_notifications - GitHub - Switty6/swt_notifications

If you are using the base bt-target resource, you need to add my export to the scripts main.lua - listed below.

^ the above " " get messed up on copy/paste so make sure to check them.

do the jobs reduce jailtime ?

This looks like what I want for prison! definitely giving it a try

Let me know when that qbcore version drop this looks dope

They don’t, but it’d be very easy to set up. I’ll post the code here later if you’d like to add it.

Also, For those who have already purchased it I have resent a download link (I forgot to include the SQL, the new link has the SQL)

I’ll def let you guys know when the QB Version is complete.

Sounds really good. Also waiting for the QB version. Looking forward to it.

Someone just finished converting the QB Core version for me, just needs to be tested then it will be released!

QBCore Version is now released, Also tagging you @Cpt_NoHand . Version is included in the download link.

Where is the QBCore version? Tebex only talks about ESX. Thank you

Included in the download link, you get both versions

What about the dependencys?
Most are ESX if I’m not wrong?

The script will work if a cop will sent a Citizen to the jail in QBcore ?
with timer
another question is it based on the regular jail ?

Yep made on legacy