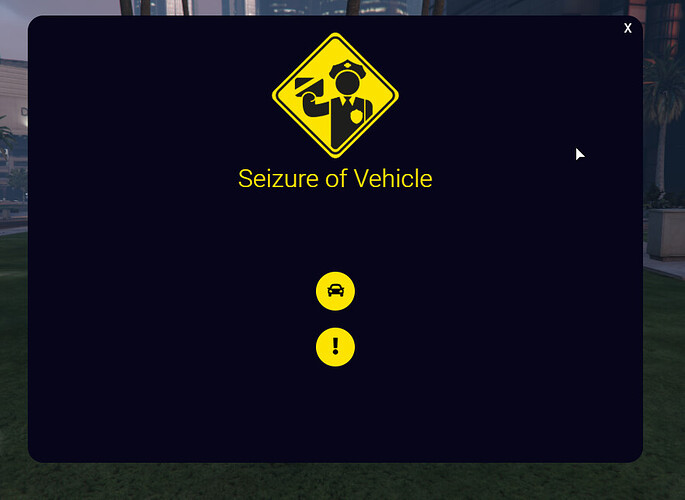 Looking at their seized vehicles 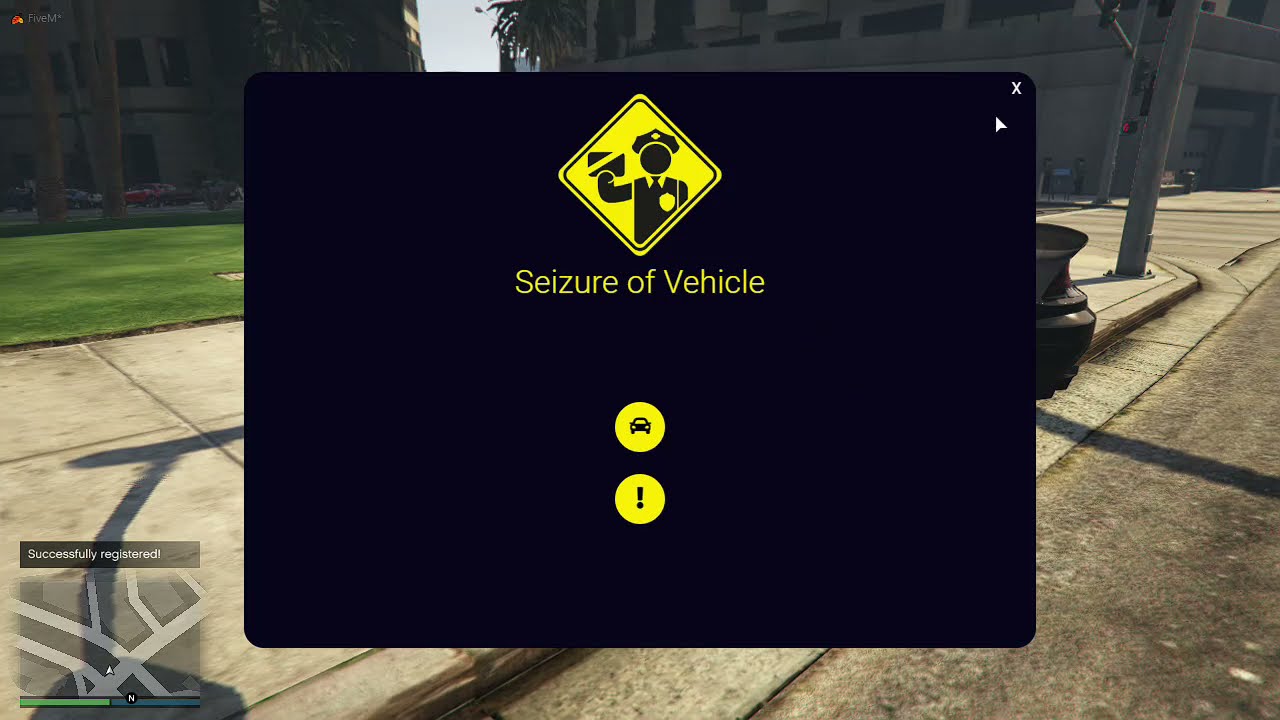 this script automatically creates the table in the database.

In case of errors with screenshot-basic, check your version of cfx-server-data and update to the latest

Ok, I ignored this post thinking it was just another UI that you type a couple things into. However, I’m glad I clicked on it this time. Very nice. Hopefully it works as described.

Thank you very much! In case of any problem, please contact me and I will give you all the necessary support

Actually, once I fixed why screenshot-basic wouldn’t build, it worked flawlessly and as described. No issues at all.

I will say though. Maybe put in your description or install instructions to make sure people are using the latest release of cfx-server-data. That was my issue with screenshot-basic.

Thanks for the feedback, added! 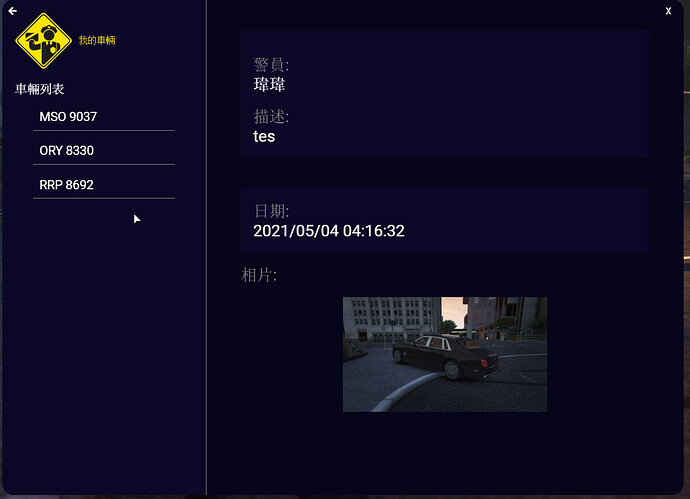 Very good script, I added the date to make it easier for players to identify.

Thanks ! What a good idea, I hope you enjoy it!

I think the delete function should be added, otherwise it will continue to add.

This is a good idea. Currently, if you register two vehicles with the same license plate, only the last one will be saved in the database and will overwrite the previous one. This prevents a player from viewing infinite records.

We will implement your idea of the button and in a future update we will launch it on the download link! Thanks for the feedback