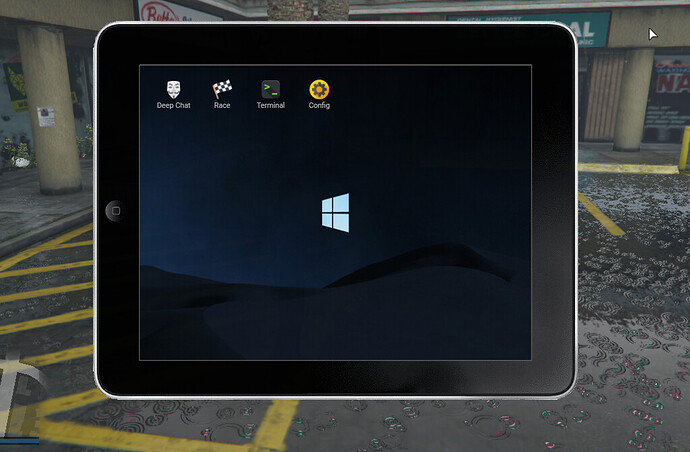 This is a focused tablet in illegal actions because it contains an anonymous chat application, other illegal racing and a terminal for hacking ATM bank. The player can also configure the tablet, changing the background, size and position on the screen.

Furthermore, this Script has a mini history that consists of 3 computers spread over the map, where the player can find, read the history and learn all the hacking commands of the terminal.

This application is an anonymous chat, where people can enter with the name they want and chat with each other. This can be used for a variety of situations where it is necessary to maintain some kind of anonymity.

How it works: the player opens the deep chat application and inserts the name he wants and the name of the room he wants to enter. This room can be any name. Upon entering, the player can send messages and everyone in the room can read. Nobody learns the other person’s real name. The message stays in the room forever, and every time you enter that room, you can read it again.

Images: it is possible to send .png .jpg and .gif images , just send the image link and the application will handle and show the image to everyone in the room.

This application is an aid to illegal races or race events in the city.

How it works: in it, a player will create a room, mark the points on the track that define the course of the race and after finishing defining the course, other players will be able to join the room. When pressed the Start button, the race will start at the 3 second count. Players must pass through each defined point until they reach the finish line. When the first player finishes the entire course, it will be announced that he has won for everyone in the room. There is no limit to the number of participants for the race. 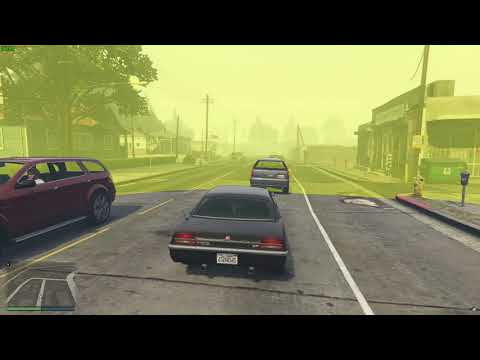 This is an application for hacking bank ATM. When the player has all the hacker commands he can use to get money out of ATMs.

How it works: the visual is of a terminal / prompt and the player can enter codes in it. With the right commands, the player will be able to break into and withdraw money from an ATM. However, he has only a predefined time to achieve this, if the time runs out, the police will be alerted to investigate the situation. If he misses commands while connected to an ATM, the police will also be alerted. And when leaving the scene, the police are also alerted. After hacking, the ATM is unavailable for hacking for a predetermined time.

Police Alert: this script itself contains a police alert, it sends a notification of attempted hacking to all police officers and puts a Blip for ten seconds at the exact location from which it was called.

How to get the commands: altogether there are 8 commands to be able to break into and withdraw money from an ATM. To get these commands, the player must find the 4 parts of the story left by a fictional character. Or, you can make all commands available directly to the players, this is up to you.

This is the only application that needs configuration, as it initially gives $ 10,000 in cash to anyone who can hack. You can and should change this amount based on your savings or change it so that you don’t receive clean money. You should also change your job or police permit according to the names of your server. This is done in Server/Configurate.lua

This script automatically creates the tables in the database.

This script has no IP protection or encryption
You can buy this script by clicking here: Tebex

so basically you took 3 public scripts mashed them together and calling it your own to sell?

Which 3 public scripts are those? I really want to know

I am also very curious to know what are the Scripts you are talking about.

Show me what they are.

I created this Script entirely from scratch, using only my own ideas. If you want me to prove it, here’s a video of a player playing on my server a year ago. And I created it over a year ago. This was my first tablet prototype and had more apps, but it was uglier.

Note the name and image of the Tablet: Zenites and my image.

I don’t need to copy anything, I have my own ideas.

Now show us which Scripts you accuse me of mixing, because as far as I know, there is no Tablet that does what mine does. 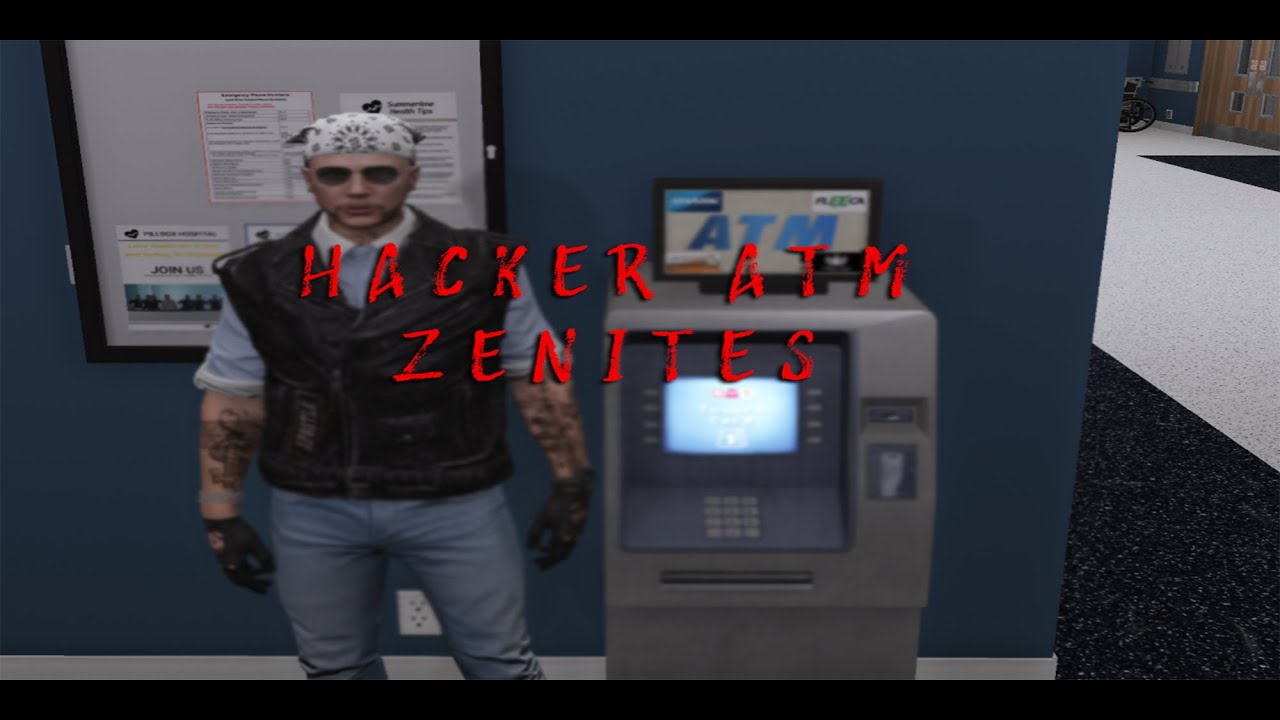 Sent an email for help but posting here just in case. Any chance to make the entire icons clickable, and not just the text?

hello, i’ll answer you in the email 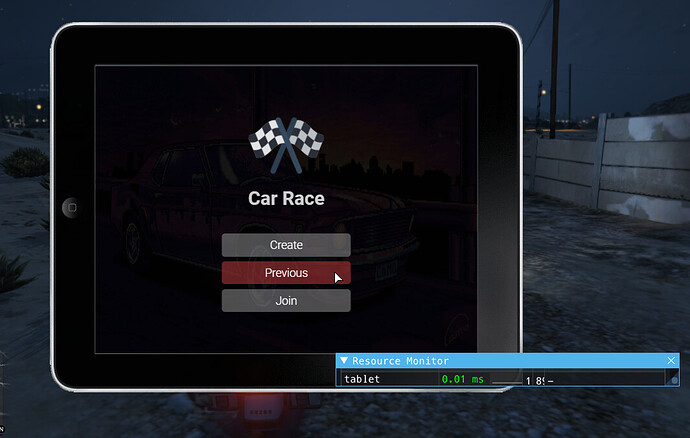 Hello again mate! Thanks again for the help last time around

Any chance I could have some help making this open with a usable item (ESX), instead of the keybind? Want to make this a “hidden” aspect of the city, and allow the racers to share tablets as they see fit.

Just to be sure, do you want the Tablet to be a usable inventory item? And when using, the Tablet will open

Hi, we will help you do this.

If you want to remove the command to open the Tablet, open the file Client/Keymapping.lua and delete line 26, which should probably read openTablet()

After that, open the Client/Events.lua file and add the following event at the beginning of the file:

After that, open the Server/Configurate.lua file and add to the beginning of the file:

And then, when using a tablet item, it will open the Tablet.

Defining event names with spaces is illegal my man