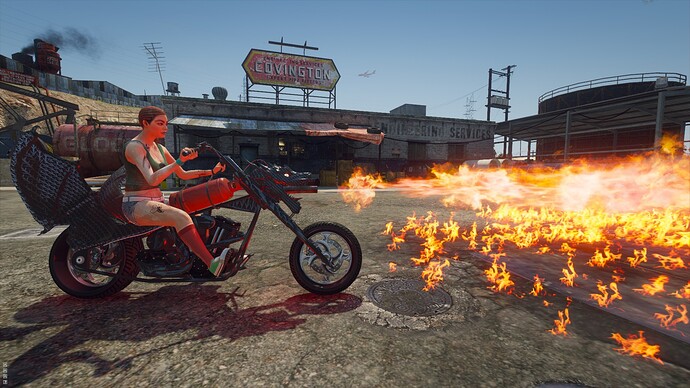 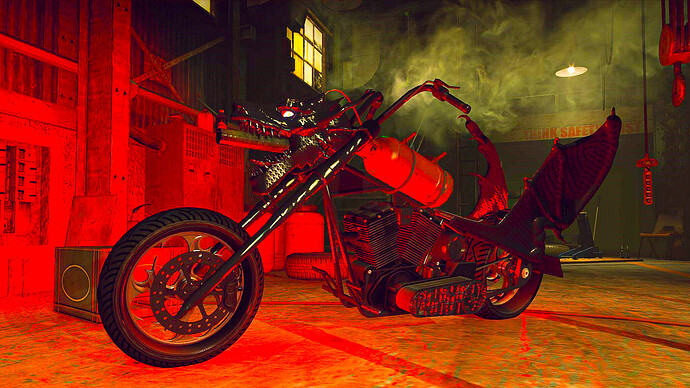 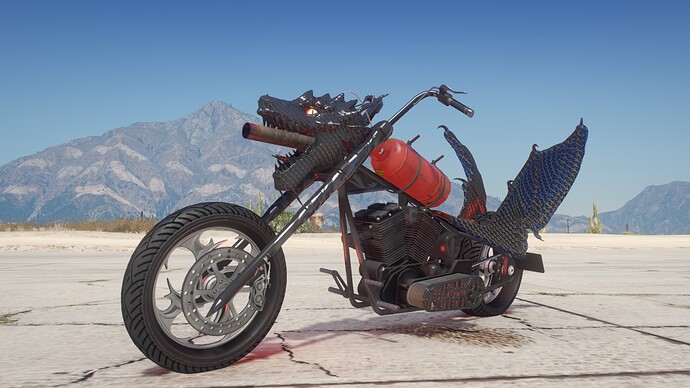 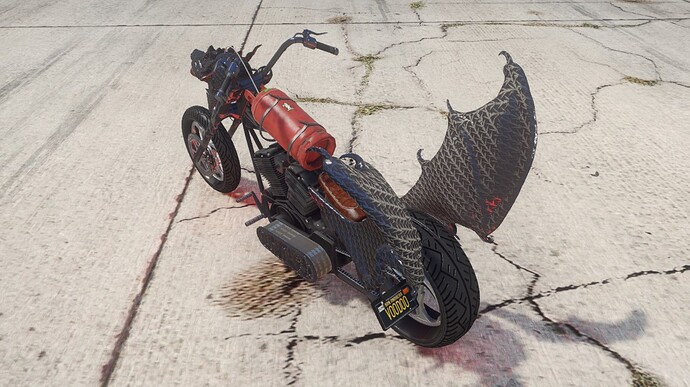 IMPORTANT:
This 3d model was not imported from any site or video game, it was created by us with Zmodeler, 3DS Max and other graphics programs. It is a unique vehicle that you will not be able to find anywhere else!

Not trying to diss or anything but some constructive criticism but 200,000+ polys on a motorcycle is incredibly high, most decent enough full size vehicles don’t even sit at 200,000+ other than that really cool model.

looks good but has @MiddleSkillz said polys are high and also the price is a little high just for one motobike 36.00 EUR

The problem is the head and the wings! We tried to reduce them further but this is the least we managed to do not to make the minecraft effect!
We have tested it on rp server and this solution does not give problems fortunately

sorry but we spent 50+ hours creating this 3d model! It is not like the others simply taken and imported from another game but it all started from a drawing on a piece of paper as with all our other models! When and if we release vehicles created by others or imported from other video games as many do, we will do it for free!

If there are 10 of them in the server, anything is on fire! It is not recommended

Can support this fact.
-My revenue on Tebex went quite a bit up, after lowering my prices. Would not have earned anything near, if I had kept the prices I started out with.
-But you live and you learn, maybe in the future he/she will notice that. ^

hi @Spacetrucker and tnx!!.. all our bikes follow the direction of the vehicle (in this case the wings) and you can safely look around while driving, we did it simply because one of our 2 servers is full of zombies and we risk dying all the time!

well, it does look cool, and you can add whatever price you want. only you know your worth. it’s your work. be proud of it. it’s one of a kind bike. it does deserver that price. in my opinion.

So let’s be honest you bashing other because they add things from other games… Is a bad business POV. Also most of them don’t import from other games they buy the models from websites and add them to the game. They make money back on what they paid and time spent. If you spent 50+ hrs on one bike well then you are in the wrong place to make any kind of money. Most people won’t spend over $10 on a police car. Why would they spend $35+ on a bike that’s more of a troll item then anything. If you are here to make money you better check yourself before bashing the rest of the creators/sellers around here.

Awesome stuff, price is fine. We pay $80+ for each police car; This price for a custom made, uniquely featured bike is great. Would love to see more.

I bet the guy who sells you them , also sells ice to a yeti