What is it and what does it do exactly?

If a player enters a vehicle, it will be registered in the database as a saved vehicle. The vehicle
will always stay at the last location where it has been left by a player. If it despawns while
players are too far away from it or after a server restart, the script will respawn the vehicle on
server side as soon as a player gets close enough. This also means no more “despawns” when looking
away for a second.

All vehicle modifications and statuses are saved (check saved values for more
information) and will be reapplied upon respawning.

Vehicles that have been saved are completely dynamic. You can push a saved vehicle with a bulldozer
and it will update accordingly. This all happens on server side and requires minimal performance.

What has changed from prior versions? 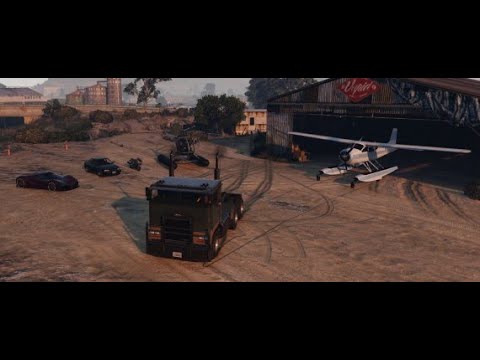 Where can I get this?

If you already own AdvancedParking, you do NOT need to buy it again! It is directly available via keymaster.

This script is currently still available for the old versions’ price of 10€ (without tax) at: https://kiminazes-script-gems.tebex.io/package/4287488
The price will rise to 15€ (without tax) after the 10th of July!
EDIT: Since there are still some bugs in the newest version, I’ll wait with the price change til most of them are fixed!

While this script aims to save all variables of a vehicle, some of them can not yet be updated on
server side and will only be updated when entering/leaving the vehicle. The dynamic variables are
marked with an (S) for ease of reading.

Can now be found on Github

Hi! you can see other players parked vehicles?

It save all vehicles you drive or only your owned vehicles?

It does delete vehicle if there no people close to vehicle?

With how many vehicles you test it?

What happend if there are more than 125 limit vehicles of gta spawned?

Update:
Fixed a small oopsie on server side.

If you already bought the script, you can access this update via the same link that was already provided to you.

Not right now. Was thinking about a small video. We’ll see… maybe later this week

Hi! you can see other players parked vehicles?
It save all vehicles you drive or only your owned vehicles?

Yes, you can see all vehicles that have been saved. So pretty much every vehicle that had a player in it once. Doesn’t matter if owned or not, if job vehicle or not.

It does delete vehicle if there no people close to vehicle?

No, it does not delete vehicles if no one is close to it. Unless GTA itself decides to delete it automatically. I do not do that.

With how many vehicles you test it?

What happend if there ar more than 125 limit vehicles of gta spawned?

On our liveserver it ran perfectly with ~20-30 players and ~100 vehicles.
After spawning, I unload the models immediately, so there should not be any problems when above.

If you encounter any problems with the script, feel free to tell me! I will fix it asap

there is a limit of 128 spawned vehicles at the same time (it’s a native limit of gta) if there are more, the next vehicle don’t spawn.

Try to spawn more than that and test it. i don’t know if with onesync infinity you can bypass that

if your script can spawn more vehicles and vehicles spawn correctly with no random boats on city like the enc0ded script, i’ll buy it.

Try to spawn more than that and test it.

Okay, I’ll push an update later today to fix compatibility with another script and test this as well. I’ll let you know what I find out

Have you A Video

if your script can spawn more vehicles and vehicles spawn correctly with no random boats on city like the enc0ded script, i’ll buy it.

If this is possible, i’ll buy it too

Vehicle spawns after a bit of time, but then when you use another vehicle. The old parked one flashes / Flickers where it’s parked.

Have you A Video

No, but will probably come during this week. I don’t have a lot of time to record

Vehicle spawns after a bit of time, but then when you use another vehicle. The old parked one flashes / Flickers where it’s parked.

Could you make a video of that? Never seen that happening.

Are you really using MySQL for a script like that? Servers with more than 100 players will explote the DB

If you get out the other car, then the old saved one spawns.

Are you really using MySQL for a script like that? Servers with more than 100 players will explote the DB

Have you tried it? I think my main concern would be network traffic, not database performance. But nonetheless, future releases will be more performant.

@Minty2 Well that is interesting. Are you using OneSync Infinity? How old is your server artifact version? How many players were online at that time?

Hi, So doesn’t matter which car is spawned. It causes old parked cars to flicker. Is just me on the server, OneSync Enabled and 3404, Brand new FiveM server.

Damage is not saved. Even with a very damaged car. We tested it with two people, and sometimes some vehicles are not charged. No bug reports. We use the Artifact 3404 and One Sync Infinity.

What type of damage are you talking about?

If you are talking about the visual damage:
I can’t save those. Noone can. Noone even knows how to do that. Unless you know a script or mod which already does that and allows access to its source code. If you point me to it I will gladly use that as well!

I mean health, bodyHealth, engineHealth and petrolTankHealth. As soon as you get into the vehicle, everything is fine with the vehicle.

Finally! Here is a new update for you all

If you already bought the script, you can access it from the same link that was already sent to you.

@mikastro @Flobbah There should now not be any problem with this. A client is now restricted to 32 vehicles. If you decide to buy it, then let me know if you encounter any issues!

@Minty2 I could not reproduce this issue at all. If you could try it with the new update and let me know if it still happens. Also did it happen with modded vehicles only? Or does it also happen with Vanilla vehicles?

@oidetschesn This should all be saved. Do you have reproduction steps for me?