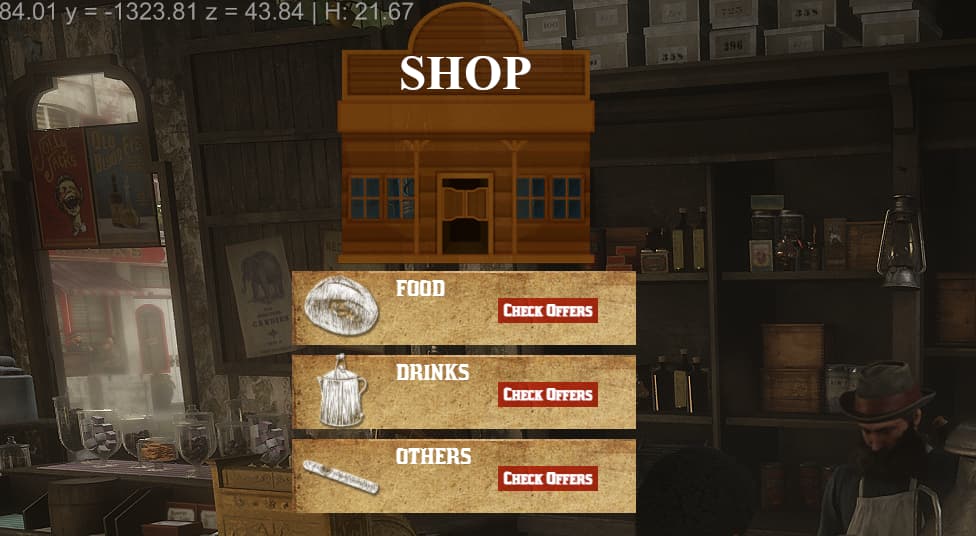 Shops where u you can buy items, food, etc (U can add whatever u want).

The code is not complicated, and everything is easy to edit, so anyone should be able to read and edit it.
If you have any problems, I can always help you - just contact me via discord.