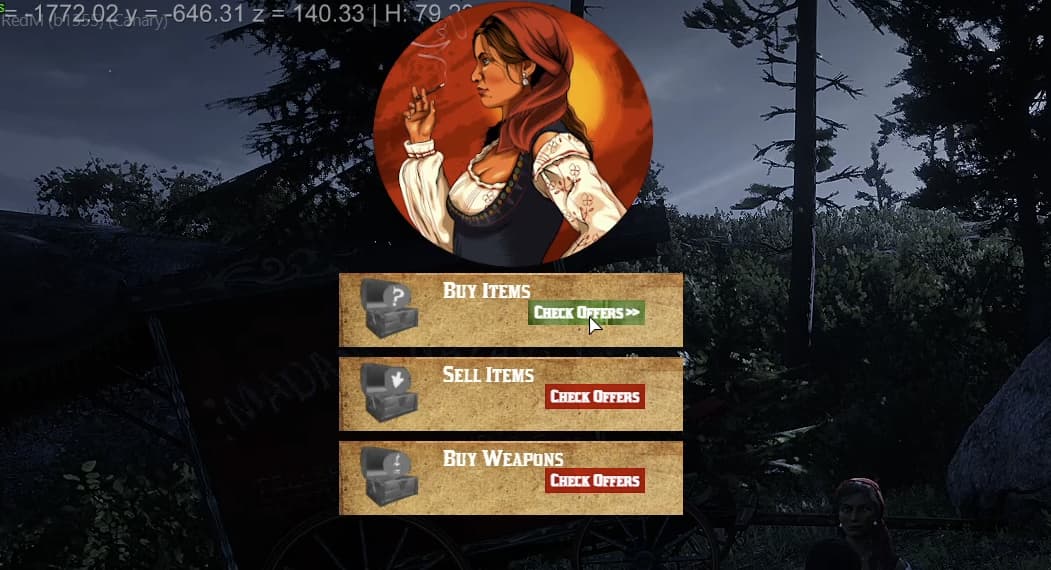 Madam Nazar is a place where you can sell or buy stuff (You can add whatever you want).

This script is a great solution if you have scripts like grave robbing, house robbery or any other that give you income items.