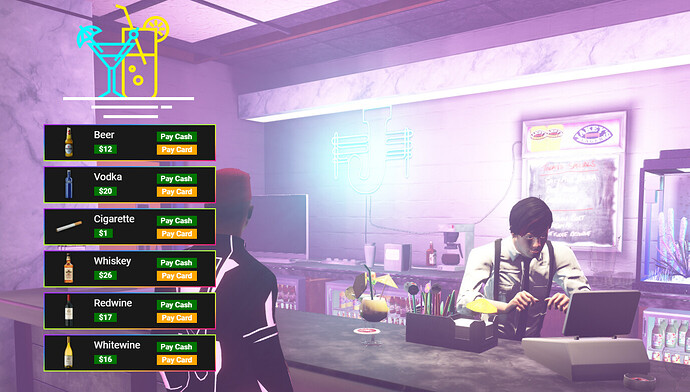 Liquor Stores / Clubs / Bars / ETC where u you can buy alcohol, food, etc (U can add whatever u want).

In the Stores u can Pay by Card or Cash.

The script can work with New and Old version of ESX, everything can be easily enabled or disabled in the config.

We can also put an NPC behind the Shop counter in the script, this can be disabled or enabled in the config as well.

The code is not complicated, and everything is easy to edit, so anyone should be able to read and edit it.

If you have any problems, I can always help you.

BONUS: If you buy this script, you will get “BulgaR Stores (ESX)” for free!

Buy This Script in Bundle (5 IN 1) with Discount

do the beverages include use? like if you drink, youll be drunk?

The items in the script preview are just examples so the answer is no.
You can add your own items to the store and use esx_optionalneeds for the effects.

Modified version of the “esx_optionalneeds” plugin.
Made to work with my “BulgaR Liquor Stores (ESX)” plugin. 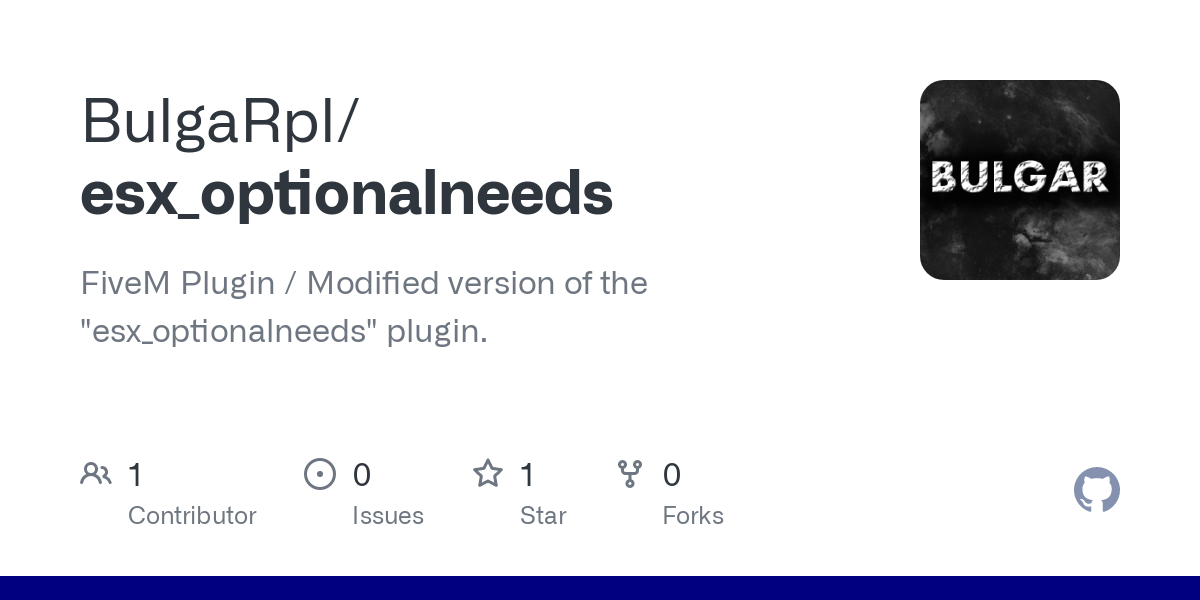 Modified version of the “esx_optionalneeds” plugin.
Made to work with my “BulgaR Liquor Stores (ESX)” plugin.

Modified version of the "esx_optionalneeds" plugin.

maybe i buy when the NPC do some animation

As you can see in the video, NPCs use a cash register.

What other animations do you have in mind? The script was created in such a way that you can replace these animations in cfg.

Until the end of the week, all my scripts are 20% off including this one!

Before the script was using item database name (name), now u can set custom display name like u do it in database (label).