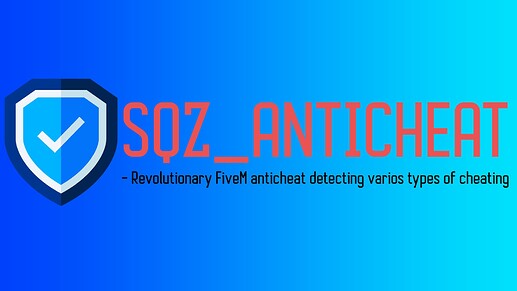 Are you already bored of ovepriced anticheats that have many false positive detections, have huge FPS impacts and do not detect many cheats? Well, you are here on the right place, this might be somehing for you!

Some words to the anticheat

The anticheat does not install any ‘anti injection files’ to each script. I focus on On Screen Menu detection using screenshots, which will find the mod menu even if the variables were renamed, is not it perfect? I keen on definite detection, 80% of all the detections are made server side. As the cheats develop, the anticheat will also develop, this is not a “one time” release to release, gain some money and then abandon this project. I repeat, but can not prove, I do this for the community, not for money

I am not such a good writer or something else, but I would like to tell you something about this project. I understand, you are already bored of anticheats, we all know anticheats can not work for 100% and block all the things. I was using an anticheat for about 250€ and I was rude about the funcionality and the support, so I have decided to create an anticheat out of spite and to try what it is like to build an anticheat. I was writing the anticheat and the tests were well, so I decided to share it with you, the community as it is the most important thing around the FiveM, not money. I put it paid because I do not want to spend a lot of time doing something, some fu*ker would rename, claim it as his own and sell it for 200€.

What I have found during the development

I was thinking about making a completely badass client inject detection. I realized that it is something completely useless. Can you imagine checking huge tables of entries (inject data) multiple times (three, four… hundred times) every second? It is a massive client performance impact! Everyone can rename variables to something different in the mod menu than the default ones and the detection is bypassed, why to waste client performance on something that is not 100% working? Let’s focus on 100% detections of actions called by cheaters, not prevention! I was thinking about a video of a showcase. Do you think it makes sence to make a video of being kicked with a reason: “You have been banned by our anticheat” → It does not make any sence!

Some words to the end

I know the anticheat does not have super unique functions like “Anti server dump”, “Anti aimbot”, “Anti database deletion”, … But we all know that those detections are lies, because it is not possible to do that by an anticheat, so please, when you are choosing an anticheat and you see tons of detections, use common sense and think if those detections can be real. I admit that there might be some detections not done yet, but you got my word that I will work on the anticheat and improve it by your suggestions. When you tell me about any cool feature, I promise, we can have a discussion about that feature and if it goes well, it will be added.
The anticheat has been tested on live servers with more than 250 concurent players, we have received around 350 mod menu detections in about 1 and half month.

Yes, this anticheat is locked by escrow system, but everything is configurable. It can not be without an obfuscation. 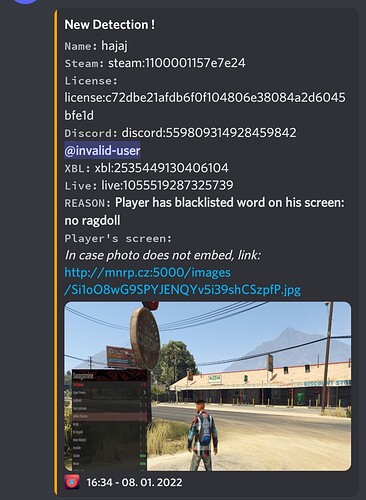 Do not trust everything other people say about themselves. They might lie to get as much money as possible.

Our other paid scripts

I’ve been looking for a decent anticheat system since the one I have seems to detect stuff but not do anything about it. Just waiting until tomorrow to be able to get this one.

Is this resource encrypted using FiveM’s asset escrow and encryption?

Yes, it must be locked by escrown system.

The price has been lowered to 40€.

I really recommend this Anticheat. Before, I used an anticheat for 150 euros and didn’t detect hackers like this anticheat.
10/10 I highly recommend.

I really liked your story and I agree that anticheat nowadays are overpriced and maybe don’t have a good protection, because as you said, no anticheat is 100% detectable. The screenshot method, is a good choice although, if people start using anticheats as a separate window it may not detect. The price is very good considering the features and in this type of script asset escrow is not really a big deal considering that you may only change the config.

The reason is: “player has blacklisted word on his screen: no ragdoll”, what if someone where to send you a message on the phone, chat or whatever where you can show a specific message on the screen, does it detect that too if it said something blacklisted, like “no ragdoll”?

No, because chat, phone are NUI based and it detects Lua based words.

The anticheat is based so all the features are edittable in the config. As I said, I do it for the community, so I can individually update it by your likings. But I understand, locked scripts are not found as comfortable to own, but in case of anticheat, I think, there is a good reason to deal it locked. If the community of FiveM was not what it is, it would not need any locking protection.

Perfect anticheat, that we are using on server with around 180-200 players online. 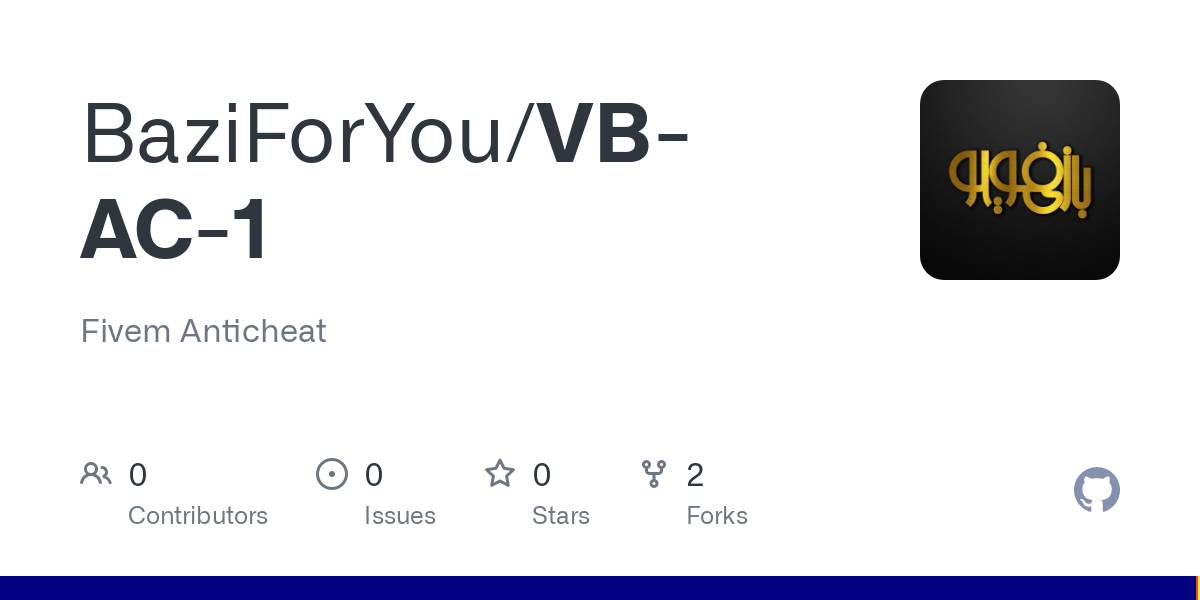 Fivem Anticheat. Contribute to BaziForYou/VB-AC-1 development by creating an account on GitHub.

Of course, some anticheat will remind you other anticheat, because some of the detection have the anticheats in common. And if you think I have started selling VB-AC, you do not need to worry, I have not :). + I use completely different system for the screen detection. That is open source, check the Docs.

I can recommended this developer and anticheat. I am playing on server with this anticheat and I never seen any cheater what was here before.