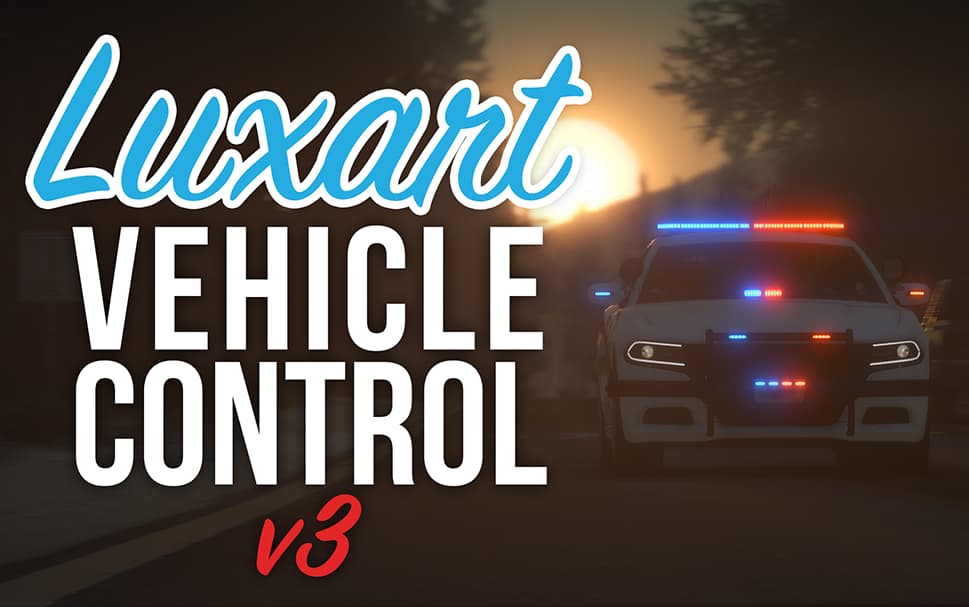 I would finally like to introduce Luxart Vehicle Control V3 to the community as a whole. This script has been in the works for more than a year now, originally as minor modifications to a full rework and expansion of the original script.

All the instructions and information needed can be found on the wiki.

All updated, suggestions, bug reports can be made under the issues tab. Download the releases not the branches. There are stable and prereleases (betas). 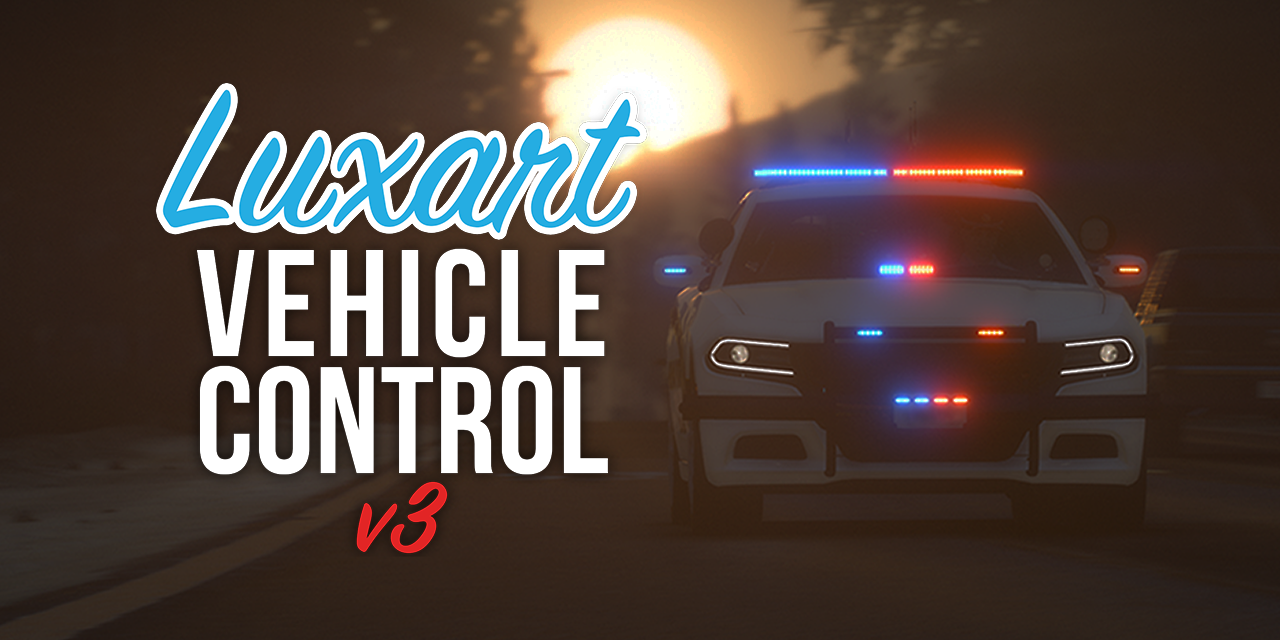 A siren / emergency lights controller for FiveM. Contribute to TrevorBarns/luxart-vehicle-control development by creating an account on GitHub. 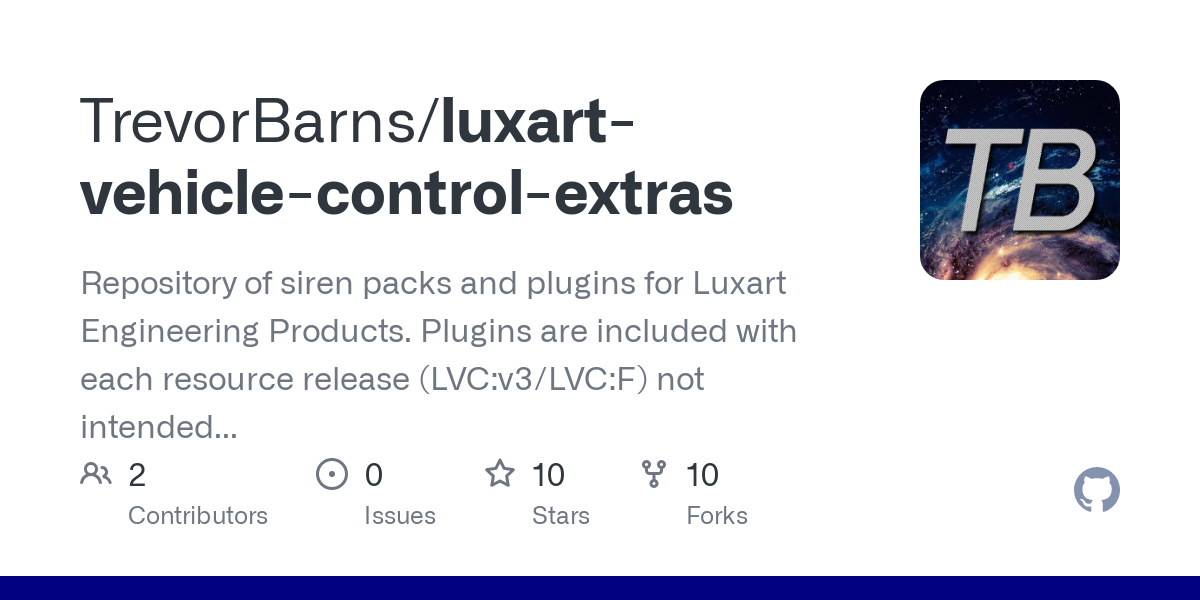 GitHub - TrevorBarns/luxart-vehicle-control-extras: Repository of sirens and... 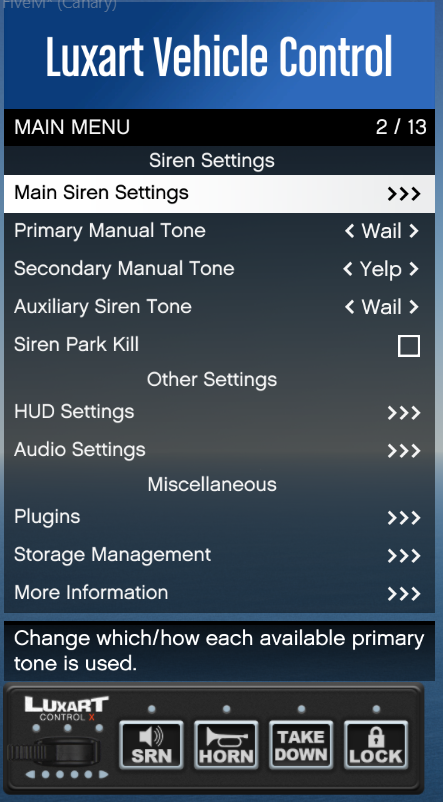 Watch the video below using time stamps to navigate the explication of LVC v3. 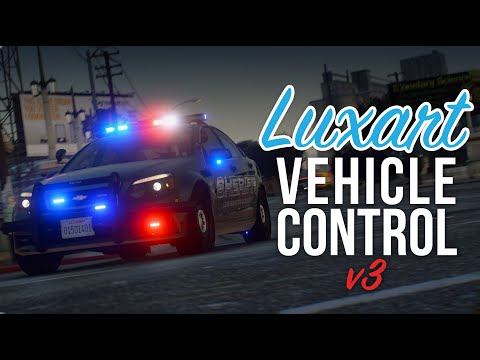 Luxart Vehicle Control was an ingenious creation by Lt. Caine! Thank you!

ELS Clicks added by Faction, this added realism pushed me to get into developing in the first place. Thank you!

All credit to those above who contributed there projects can be found here:

do you maybe have a video showing the script?

Hoping to get one added soon. Unfortunately do not have an up-to-date video to demo this.

Can’t wait to try this out.

Does this work for all vehicles or is this version just for ELS vehicles?

Just ELS Styled Hotkeys so you can use your number keys for sirens! So still just a light controller for Non-ELS Vehicles from what I see with a couple big revamps

Awesome stuff broski, thanks for your contribution to the community.

Nice release , I see you invested a lot of work and time into it , but I don’t want even to see the consumption on the script…Most of the siren control script are using like hell…

Been using versions of this for months, love it.

Does anyone know where to get cars that are made combatable with the traffic advisers? I would love to know.

Does anyone know where to get cars that are made combatable with the traffic advisers? I would love to know.

Someone just asked me about these today, while I haven’t tried them they look promising:

Hello Everybody, This pack has been an ongoing project for close to a year now but it has finally been completed to the best of My Ability. I tried to capture as good as I could a good amount of the vehicle fleet that the LAPD uses. Big Thanks to @ShadowShifter and @Stoppel for the Liveries and Carcol work to get the light patterns and liveries accurate to the IRL versions as well as Big Thanks to the beta testers to work out all the issues I hadn’t seen when originally creating the vehicles. …

Nice release , I see you invested a lot of work and time into it , but I don’t want even to see the consumption on the script…Most of the siren control script are using like hell…

You’re likely using Factions version of LVC what I call v2 (what LVC V3 is based on), one of the most widely used scripts in FiveM. That consumes about 5-10ms client side. Its network calls are managed quite well with Lt. Caines logic.

The additional features added to LVC bring the client-side 10-15ms. Approximately 5ms average higher. You may have noticed LVC uses Plugins to expand its functionality (Traffic Advisor, Extra Toggling, etc.) this adds more overhead approximately 10ms however these plugins are still on their first release and can be optimized AND are optional developers can pick and choose what features are right for them.

RageUI the menu adds a larger overhead (~45ms total) when open but, that is something not often used day-to-day.

THIS IS NOT ELS though which has a very very very high overhead and is what most people complain about when it comes to siren controllers.

Is there any way to make it so turning on the turn signals has the same noise as the hazards going on/off? That’s really my only pet peeve with this is that they don’t make a noise when being switched on/off. I’d fix it myself but I have no idea where to even begin with it.

Is there any way to make it so turning on the turn signals has the same noise as the hazards going on/off?

Ahh yes, GTA V only has turn signal SFX for some vehicle hashes, not all. Too prevent duplicating the sound I chose to only play the custom SFX on hazards toggle. Look near here: LVC V3.2.4 - /UTIL/cl_lvc.lua#L783-L828

99% of the server used Luxart until they switched to infinity. It was almost not usable on Infinity as it had too many events thrown from client > server. It resulted into Network Overflow.

Is it fixed and Infinity Ready?

Is it fixed and Infinity Ready?

The network framework is Lt. Caines’.

1 additional server call is made on client startup only to pull the version information. No other modifications have been made to Events. If Luxart Vehicle Control by Lt. Caine (V1), or Faction (V2) work on your server, this should also work.

I would like to know how to make them work. I use SoCalThero’s vehicles, and am testing them. They don’t seem to work. I don’t know how to integrate them into your system.