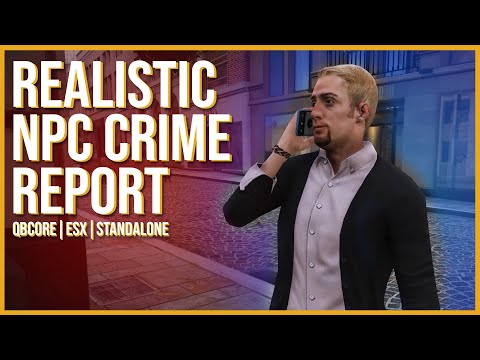 No longer let your players commit heinous crimes in largely populated areas without repercussions with the nifty little script. If an NPC catches a player committing a crime and they’re feeling like doing a good deed, they might just pick up the phone and report it to the police. However, if you’re quick enough, you can scare them off and prevent them from making the report.

How would this integrate with Sonoran CAD and their dispatch plugin?

can you add fighting to this?

No issue, works with any dispatch system

being added to the next update

Better yet, this is already included in the script

Would it also work without NPCs?