Here is DriftV, to make it short, DriftV was my idea of a competitive drift server. The problem is, I’m very bad at running a server, and so the server never got the “populatity” I would have liked it to be.

Anyway, here I am today, I decided to share my creation because I think it would be silly that all my work falls into total oblivion when well, I spent a lot of time working on it haha!

This “base” is literally plug and play, no database to set up, I was using the rockdb system (kvp) to save all the data, I know it’s not the best system at all, but I had done so at the time. Feel free to make a PR on the github to add a mysql system

EDIT: MYSQL Version is in dev.

I think I’m going to forget some things because it’s been a while since I’ve touched this code, but here are all the features I remember!

Economic system
You have to drift to earn money and buy other vehicles in the shop!

Level system
A progression system was needed, so I created a level system that you can increase by drifting!

I wanted a team system for the competitions, so I imagined a crew system with a management / statistics / possibility to face other crew in drift battle / leaderboard 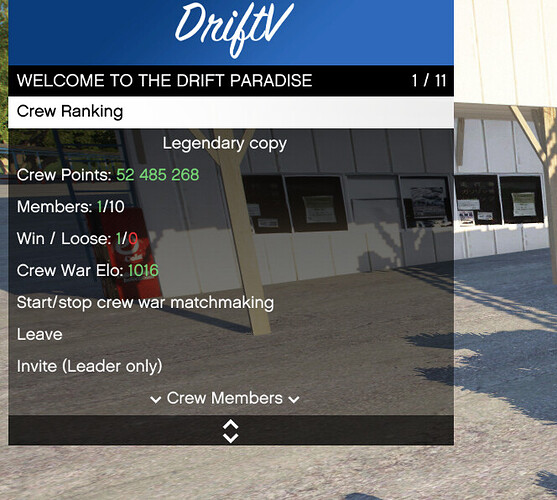 I started to play around with DrawRect, so using that logic I did create a scoreboard worth the GTA V ONLINE style in mind 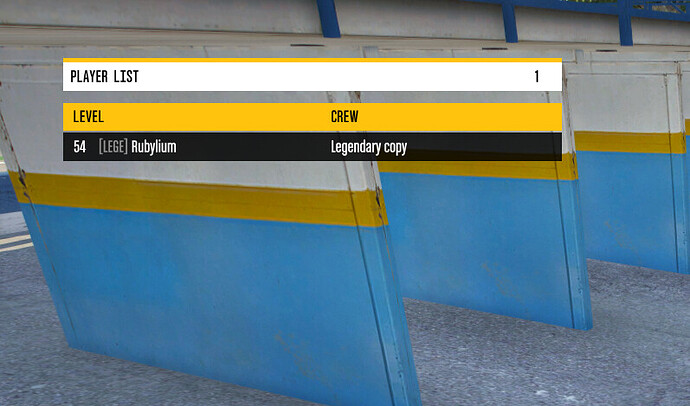 As said above, the server was working with an economic system, so there was a store based on vehicle tiers
Nothing special, but it did the job haha

So I did something similar, but with drift points, I called it “Drift trials”.

As said above, I had a lot of fun with the DrawRect, I had fun creating UI with it and I finally made my lobby with it.
The only thing I don’t like is that at the time I didn’t make the controls via mouse, so you have to navigate using the arrows. 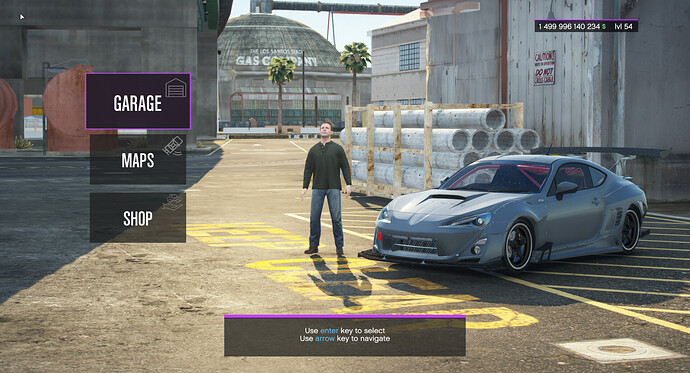 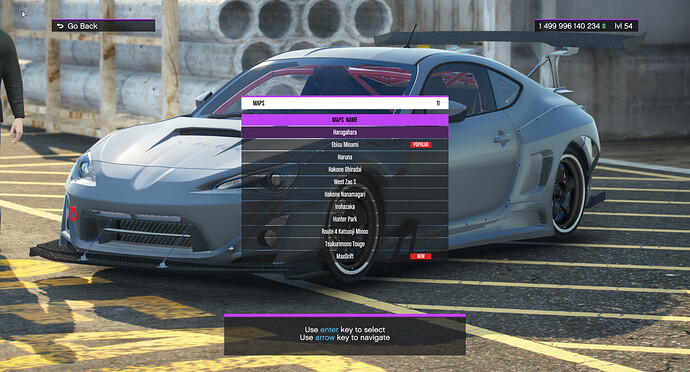 A garage system with all your vehicles on display, this is where you can customize them! 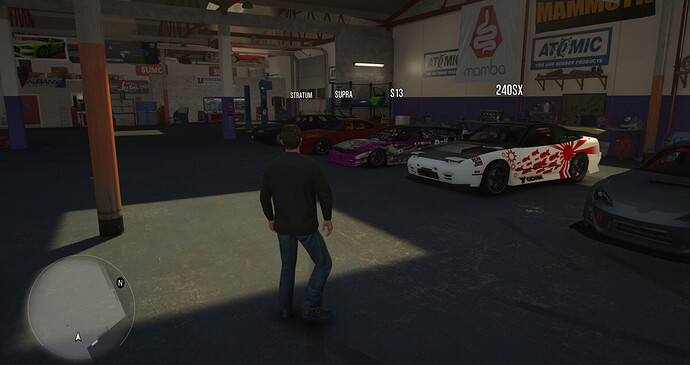 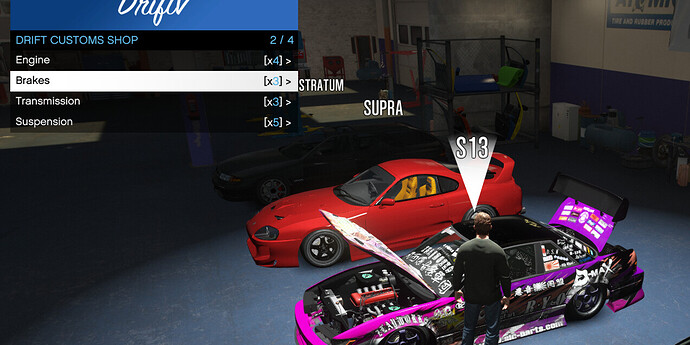 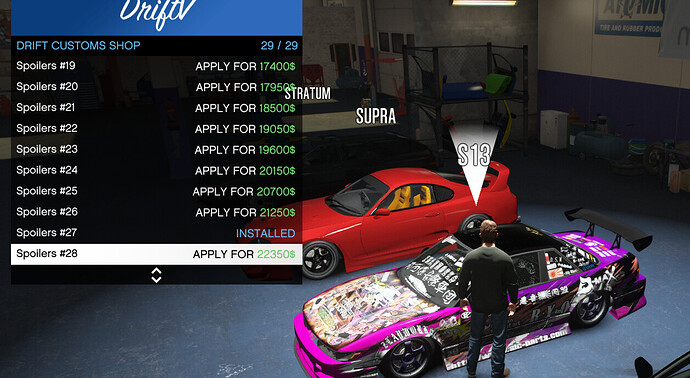 Far from perfect, I’m not used to doing HTML / CSS

Showcase video made by community member: 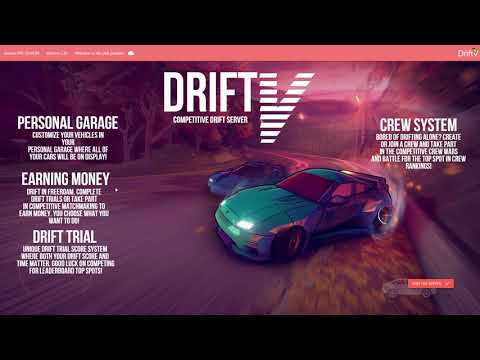 I think I have covered the main information.
I know it’s quite special as a release, I hope it will be useful for some of you who manage drift servers, don’t hesitate to tell me, I will visit your server with pleasure !

A really good release, thanks for upload it free for all <3

Speechless comes to mind, me and few friends have been playing a japan themed race server and spoke of doing our own drift version, this definitely will provide us with the framework and base to work from! Thank you so much.

Nice to hear! Don’t hesitate to tell me the name when it’s released, will definitely take a look

Looks amazing, can’t wait to test it out on a development machine

Just added all the ensure you need on the readme, forgot about that haha 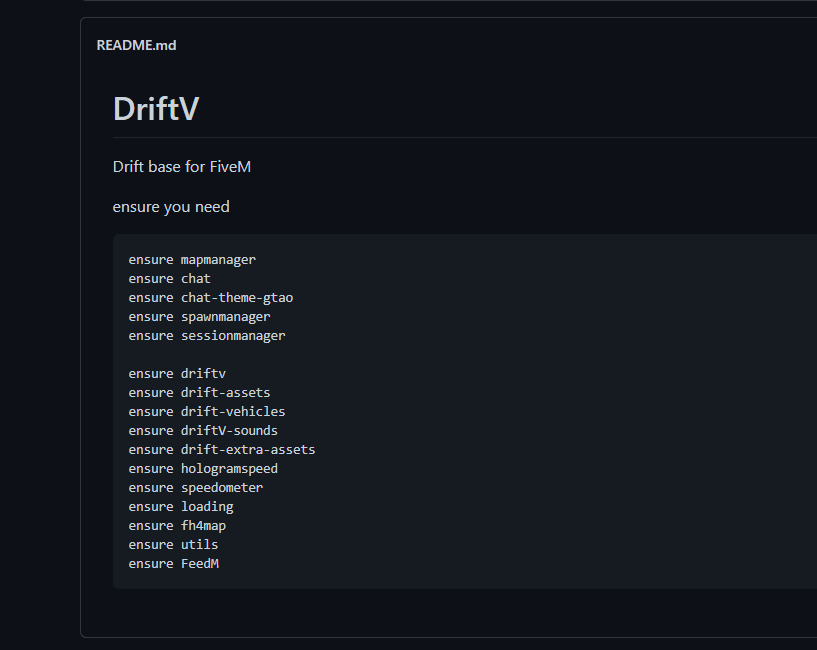 Got it running, although i’m just sat on the loading screen, unsure if i’m supposed to do a key press or something? Not locked up, but not loading me ingame either haha

I got to try out the game mode at first and found it really cool! Thanks for sharing.

how i find player data ?.

Oh really ? Did you ensure eveything like i shared ? Send me a screenshot on where you are stuck !

Well, i’m using rockdb so it’s stored in the “db” folder on your server folder, but i don’t know at all if you can read it, maybe using some tool you can ?
If i’m motivated i will rework it to use mysql ^^

Was capitalization for the server.cfg haha

Got it going now, and i think it’s great, can’t wait to work on it, mainly SQL db.

Speechless!
Wanted it so bad … if someone converts it to ESX … goddaym!

Mmh you want ESX for the money or something else ?
If it’s only for money can probably do a toggle on the config

I’d love to be able to implement this into a full RP server, time to work lol