[RELEASE] Fly to Cayo Perico with an NPC airplane ! [STANDALONE]

# Fly to Cayo Perico with an NPC airplane !

Getting tired of TP ? Take an airplane !
Here’s our new release: An NPC airplane to fly to Cayo Perico with your friends!

Just simply fly to Cayo Perico (And Cayo to Los Santos) driven by an NPC and take your friends with you in the airplane!
Check my explanation video ! (below)

You can go from Los Santos to Cayo Perico, and vice versa!
. 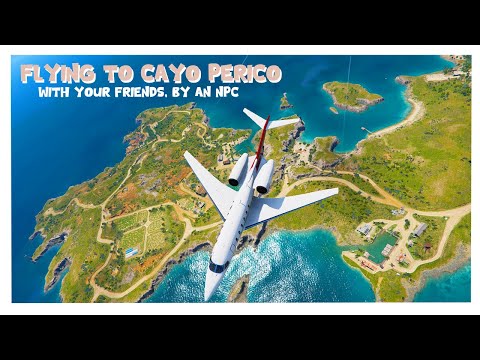 You can get this script on my [TEBEX store] !

Check my other mods !

You know what would make this more awesome? If you could add a config for more than one location then we could use this to fly people around to other places too.

Noice. Then I will buy this!

Great stuff! But the location the plane leaves from Cayo Perico is where I have the shops located, can it be moved to the runway??

@TayMcKenzieNZ Hey ! Feel free to change the position as you want !

(H is the heading/rotation of the plane) to what you want, if at the departure the plane go crazy just enable the blip (uncomment the line 71 to 103) to see what the path of the plane is.

To be honest the approach and landing look bad and unrealistic…

I’m having an issue where only I am able to get inside the plane. Others who press e in the marker are spawned outside the plane.

Any way to fix this?

Any error Client and Server side ? (F8 console for client and server console for the server)
Happen only one time ? every time ?

Could you show me the resmon performance? “F8 > resmon 1”