On Friday, Rockstar published an updated policy for the modding community. Those changes pertain much of the stance we’ve had for a long time regarding intellectual property and commercialization of copyrighted content. FiveM is committed to seeing the GTA modding community evolve and expand, delivering new experiences for both players and the creative community alike. In order for the FiveM community to continue to grow and flourish safely, we stand by and echo the policy set by Rockstar tha…

Since the original thread is locked, I had the idea of creating a thread for general discussion regarding this announcement, for others to share their thoughts and fears regarding the upcoming changes.

For my part, as far as I can understand, R* especially forbids “generating revenue via corporate sponsorships or in-game integrations”. Wouldn’t this essentially forbid the Tebex integration?

I’m also a bit confused… Does this mean using real car brands in-game is enforceable and thus not allowed?

Since the logos are IP of the brands, that’s probably not allowed (and never was, for that matter, as IP it always was enforceable by the owner).

Damn… That’s one of the things that drove me to FiveM in the first place. I loved that I could get real world cars in the game. It made it much more realistic feeling…! Thanks for the clarification. Hopefully we can get some staff to confirm this

I am just patiently waiting for more clarification. This confused me more than the Rockstar announcement.

Rockstar did announce they’re updating their terms of service which should offer a lot of clarity on the whole matter (hopefully).

Agreed. Patiently waiting to see the next steps.

We need more clarification on what this means for servers and roleplay communities. For some; its not about making an income, but sustaining the significant cost of maintaining these services.

It’s all about money my friends… R* is loosing a lot of $, people are looking for alternative solutions rather than playing GTAO, so FiveM - Rage or whatever other platforms are out there are getting bigger by the day. Let’s think for a moment. Could BMW open a claim to R* because I’m using on my private FiveM server a BMW car ? Hell no, because R* is NOT providing any BMW cars in the original game, I have added a custom car to my server, so legally I’m responsible. Would BMW be interested in open a claim to me ? No… because that’s free advertising for them. Legally speaking, R* is not the owner of the IP for BMW or any other copyright material out there, besides their own crap, so… how could they enforce a policy on me… without owning the right to do so ? Look at the bigger picture, there are a lot of custom resources out there sold for a lot of money, money that R* is not getting

Your whole paragraph sounds like the words of a mad man.

They make over 500 million USD a year from GTA Online, last year was their biggest year since the launch of GTAV.

Would BMW be interested in open a claim to me ? No… because that’s free advertising for them.

More like would BMW be happy with their brand being associated with running over innocent civilians or being used in various other crimes and such. This is why GTA doesn’t user real brands in the first place, I’m sure they could if they asked, but a lot of these brands don’t want to be associated with the violent and controversial nature of the franchise.

Legally speaking, R* is not the owner of the IP for BMW or any other copyright material out there, besides their own crap, so… how could they enforce a policy on me… without owning the right to do so?

Because it’s their product you’re adding the stuff to. They have an obligation to try and stop this sort of thing.

Also, there have been instances in the past of clothing brands issuing takedown notices. So it can happen. Ultimately you don’t have the rights to use the IP of these companies without permission.

Certainly we need more clarification about this, how Tebex will work, how paid content in-game will work, and how creators like Gabz will sell theirs content…

Tebex was not supposed to be used to sell scripts anyways. It was originally meant to just allow server owners to take donations from communities.

Rockstar always had a simple rule of not allowing 3rd parties to make money off of their work, that is true for “natives”, “vehicle handlings” or any assets for that matter.

Tebex still has a rule that says “The products sold on tebex has to be open source and should come with a commercial license to customer”. But escrow just breaks that rule.

So its call confusing and it seems like a gray area when it comes to making money off of scripts. Because technically all scripts contain natives/game logic which was made by R* and is being sold for profits.

Someone from top should clarify more on what is legal and what is not.

Here is the way our server is adopting these changes:

Literally the only thing this changes for our project is removing some name-brand vehicles. I honestly do not mind. There were many servers where their main selling point was drag and dropping hundreds of name brand cars into their server files. Hopefully these restrictions inspire server owners to exercise some individual creativity and innovation with their projects.

I am not saying I am against anyone here, if I could choose, I would prefer having none of these restrictions in place. But this is my stance on it after understanding that we should be grateful that FiveM is allowed to exist at all, as Rockstar has the legal power to shut it down in one fell swoop.

I’ve been talking to the members of my community about this for a few days, and no matter where we read about this, people are uncertain as to what this hazy and vague legal-beagle speak could mean.

On one hand they could be saying “Dont pretend to be Us and dont pretend real-world brands are sponsoring or involved in your RP.”

On the other hand they could be saying “We don’t like people making money from anything after-market related to GTA, so drop the Element Club Charges, Tebex and Script selling now because its profiting from our property…”

With a really vague “statement” like this, they could do a vast number of things to the owners of their product, and its really only a matter of time until the words here written by their boisterous and boombastic lawyer team are fully understood.

Yes, like any major corporation, they have intelligently set themselves up to have the power to swing the hammer at any moment’s notice. They have the power of vagueness and gray area on their side.

The only reason this became documented by them at all was so that if it did ever happen, and someone with enough money wanted to go for a civil suit, they can perfectly cite and reference what standard they used to take action. Of course they don’t need it, it’s their property and their video game, but it’s another layer of protection for them.

At the end of the day, if they had a blanket problem with FiveM it would’ve gotten shut down a long time ago.

I say all of this because this is the reason why we chose to make the changes that we did. We made alterations in our project that respects the spelled out black & white bullet points that can not be misunderstood.

For everything that is in a gray area, we aren’t terminating our fun and our ability to survive (running servers is expensive, as you all know) just because of their vague paragraph they used for protection. There are so many servers violating the policies that are unmistakably spelled out, that our project would never be on Rockstar’s radar unless they were wanting to take the whole network down.

TL;DR, look at it like this:
If the ONLY policy you “might” be in violation of is an extremely blanketed vague one that exists for legal protection, then you are fine.

If you sell pay2win mechanics and have name-brand vehicles and clothing (generalization), you are not fine and you need to make changes.

The lowest common denominator showed up recently on the Fivem RP scene and tried to make NFTs coinciding with a server… Rockstar’s Lawyer team called them and told them to stop. 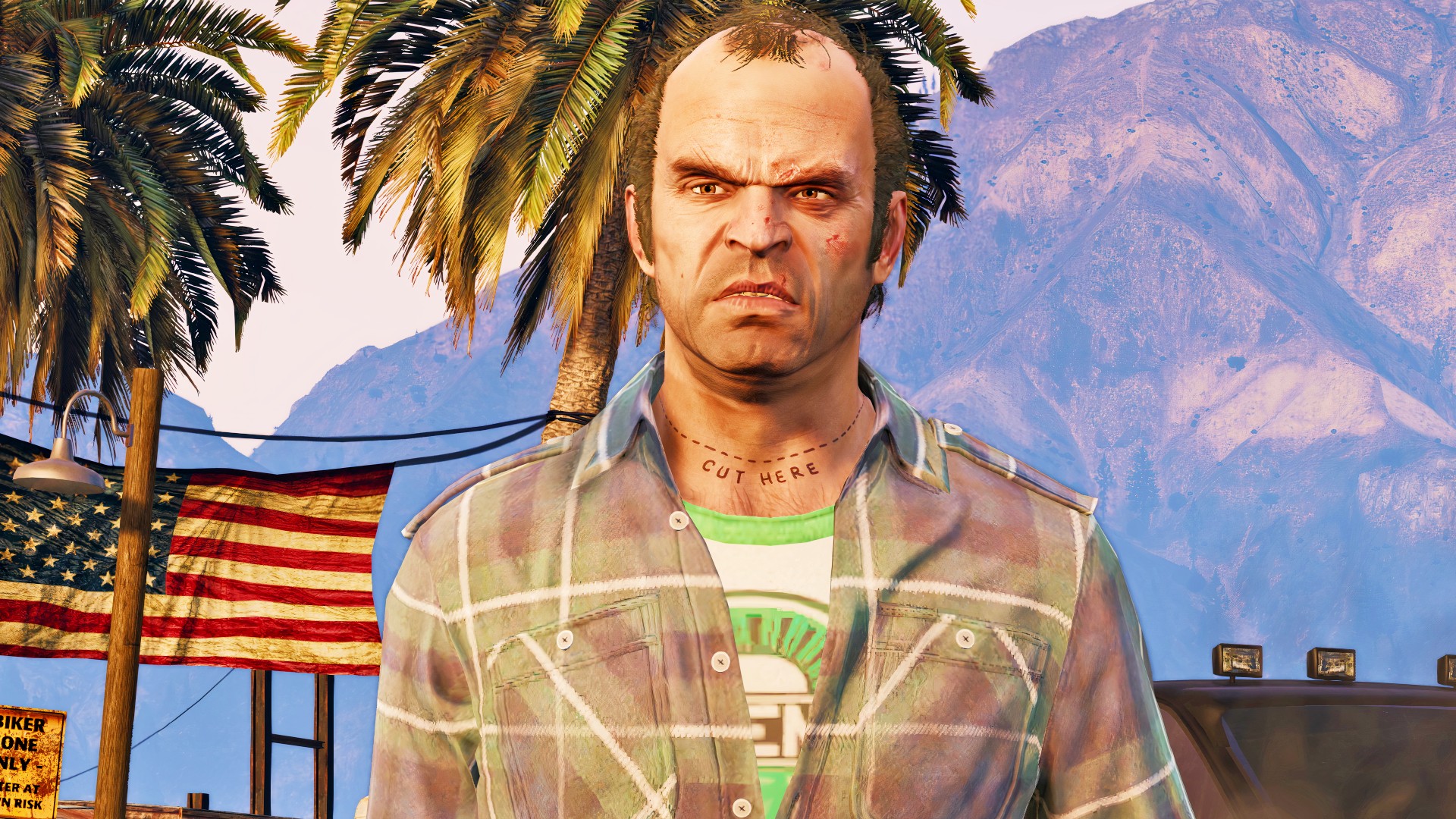 There you have it. This is exactly why this has been starting in the first place. Communities like these using such tactics to exploit fans for revenue will be the targets of such action by Rockstar and Take Two.

I don’t anticipate anyone who is keeping their head down and doing things the right way will be meddled with. FiveM overall generates a lot of publicity and long-term hype for the franchise.

We don’t adapt our policy yet. We don’t provide any loot-box scam stuff and we dont use any 3rd party map expansions apart from MLOs created by the FiveM community.

In Germany the Owner of the copyright needs to enforce their rights. R* is not allowed to enforce someone elses copyrights. R* is allowed to forbid modding - but if R* allows modding, it also allows using real-world-brands because they are not allowed to forbid them. I also dont think that Audi AG or some other car brand will enforce a copyright dmca / takedown. I could also just ask some real-world-brand for permission to use their brands on my server and R* or FiveM cant do anything about that if a had the permission. (Most likely no one asked thoses brands to do so, but its possible)

I hope that this is only an attempt to kill / take down those scammy servers who “steal” money from the players or using this NFT / Crypto stuff to make revenue.

I’ll wait for an official change to the FiveM ToS. I’ll also wait for a DMCA request of the Audi AG before taking down our branded vehicles.

@NotZach I agree with what you said!

With this change to the ToS, however, they only reiterated rules that already existed!

Let’s use what’s happening as an opportunity to improve FiveM and make it a unique and better place!

Many servers in Brazil selling items by nft , mod cars with a value of 10 to 20 thousand reais and they still continue even after the rockstars announcement , I do not know what the plans are to stop this type of thing but it is about time , many are taking fivem as a job instead of a community that previously shared knowledge