This version is now outdated. Head on over to the new topic to find an updated post!

What exactly is the “ContextMenu” and what can you do with it?

ContextMenu is a script that allows you to create your own menus for any kind of purpose. It does nothing by itself.
You hold a button and your cursor appears on the screen. You can then click on any object and open specific menus for specific objects. This is kind of like your default rightclick menu in every other application.
E.g. clicking on a player can have a completely different menu than clicking on a vehicle.
An example of what can be done with this script can be found in this video: 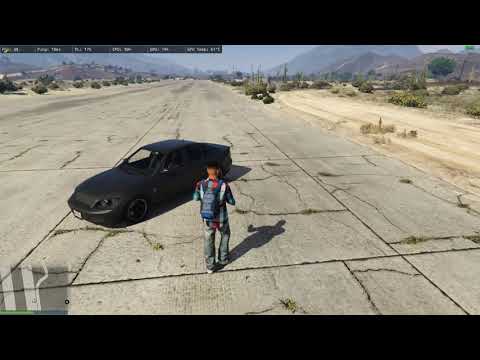 Check out the “Advanced Vehicle Interaction” Script that is using this menu.

Where can I get this script?

Is this still WIP and will it be expanded upon?

How can I create a custom menu?

I love u and hate u at the same time, I just finished my bt-target adaptation in all my scripts today and now I need to redo it

PS: Only question do the checkbox is memorized only on a specific target ? Or for all targets with the same models (I’m reading the script actually not testing

I love u and hate u at the same time, I just finished my bt-target adaptation in all my scripts today and now I need to redo it

Only question do the checkbox is memorized only on a specific target ?

No. It is only memorized for the menu itself. But e.g. in Advanced Vehicle Interaction the menu is re-generated every time it is opened and thus setting it depending on what you set it to.
If you only generate it once, it is only saved per menu.

is this different from the other ContextMenu ?

About A Raytrace & Entity based context menu for GTA V FiveM. Perform actions based off the Entity you are interacting with in the world. Such as Vehicles, ATMs, Phone booths, Trashcans, Doors, Cash registers and all other Entities that the game offers. The Raycast is shot from the players position to the Cursors position in 3D space which means it doesn’t matter which way the ped if facing to interact with any object. NOTE: This is a context menu Shell meaning features such as the Police m…

is this different from the other ContextMenu ?

I don’t personally know how other context menus work but I would say the core might be the same.

My script only uses natives. I don’t use any HTML / CSS etc. in this

Good job, i think this can change the script Game

Man, this is beautiful! Pure art! Incredible. Tnks for share this free! You are amazing <3

Good job but i will still prefer NUI based instead of native system…why? Its more optimized
But still very nice share

how to fuck open it

That is a real nice way to introduce yourself to a community. Thanks for that.

This script does nothing by itself.
If you want to see the example menu, make sure it is active in the fxmanifest.lua and then ingame hold Left Alt and right click things.

how to open menu

Literally the message above you

If you want to see the example menu, make sure it is active in the fxmanifest.lua and then ingame hold Left Alt and right click things.

And as an additional note:
The wiki is now actively being worked on and can be found here:

Contribute to Kiminaze/ContextMenu development by creating an account on GitHub.

It would be great If you could have the option of creating job menus! I have more or less done something like that but when I change jobs from police to mechanic I still have the police menu, until I restart the script or reconnect

Well, that depends on how you build the menu.

If you create it once with e.g. police job and then change to another job, you need to change the contents of the menu ofc.
Or create several menus for the jobs, but only the display the one for the job theplayer has.

But until I change jobs and restart the plugin, or reconnect I don’t have the appropriate menu

That thread only checks the job once when the script starts. That is your problem.

You also need to use the esx events for setJob etc. (I don’t know them as I don’t use esx, but they are usually in every job script).