The Current Method posted here in comments is a working method. However.
it is no easy task.

Editing an exiting scenario file from GTA Works. But it is very buggy. even if you haven’t changed anything.
i streamed an untouched strawberry scenario files and every singe cat spawned was very very bugged. and a few other things.

And then … when everything seams fine. you chuck it in the VPS. get some players on. things become rather un stable

so ive figured it out.
Shoutout @lacoL guy that found out how to stream it. or who ever he found out from
shoutout @TayMcKenzieNZ for snooping this out and giving it a go and noticing that it works.
shout out me @Jaaybops_media for non stop testing the last two / three days to get this shit working 100.
the method provided is not all you need to know

but its the start

Should be clear on this, @d-bubble told me how to do it correctly, as shown in this thread, I left the repo up to help others

I’ve tried with both the latest code walker and older, but think this needs to be looked at from the collective, mainly around the Scenario enable/disable flags in the file and if they are being working as expected.

How about you just post what ever it is that you’d DM here and share the knowledge? or open the question so more people are able to answer it?

MB that was kinda rude of me idk why i wrote that O.o
good day to you sir

Hi,
After fiddling with the scenarios we are running pretty stable scenario set on our server. Our main goal was to get huntable animals to the Cayo Perico island with the project without running any additional scripts. I took the original sp_manifest.ymt which I then edited to fit our requirements. This current version I have removed most of the Vagos/Lost scenarios together with the Triathlon scenarios on the main Island. I have added around 300 animals (rabbit, deer, boar, puma) to Cayo Perico. Feel free to use the project here is the link to my github. Additionally we have added some cats to the UwU Cafe MLO from the Gabz subscription with similar model to the Cayo Perico.

@TayMcKenzieNZ have you tried the latest Codewalker editing existing scenarios, a lot of work to remove extra scenario peds but we have managed to run edited scenarios with the latest codewalker build. It used to be that wandering scenarios didn’t work for some reason with the older build.

Assortment of Public FiveM resources. Contribute to EpKouhia/FiveM development by creating an account on GitHub.

Yo, so you added animals to Cayo? Sick! I modified Cayo itself so I’ll have to check this out. I am yet to use latest codewalker for scenario editing, however what you mentioned about walking scenario peds being now fixed, sounds like something @Jaaybops_Media was running into.

I’m glad you were able to pull off what you were wanting to do. Thanks for the tag my dude, I’ll be sure to have a look in game and use latest codewalker.

Did you by any chance add sea life?

cool stuff. and yeah existing Scenarios can have issues once exported out of code walker, i use a really old one as most of my edits are in the city. and i edit existing scenario files such as strawberry.
I think the latest code walker i tried was DEV38. and a lot of the exiting walking Scenarios which have ‘don’t spawn’ unticked had issues.
@TayMcKenzieNZ has a really neat Cayo island map so im sure he will enjoy this ! aand see sea life … cant forget that

Might have to add sharks, dolphins, hell, it’s deep enough there, might even be able to add the whale lol

Issue with older build of the codewalker was that it kept crashing the client while loading the scenario file with wandering animals. Having sharks or whales static position wasn’t something that I wanted. Also some of the flags assigned to the animals didn’t seem to work properly while I had stationary testing with sharks. Also defy fixed the importing pre-created scenarios with on the newest build. Haven’t had the time updating sea animalia to the scenario I shared, might be something to try again with the latest codewalker build

Ah right, fair enough man. I need to fix one of my scenarios as I just discovered it crashes. But I might actually redo it from scratch, with latest codewalker

oddly enough I’ve tried to combine your scenario with mine and suddenly they’ve stopped working, not sure why

This is how im running multiple scenarios, is it insta crash when you load in to the game? 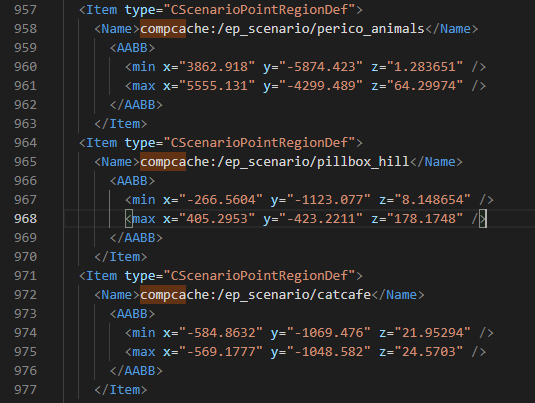 it doesn’t crash, no. and I did add that stuff to my sp_manifest, it just doesn’t load any of them

Edit: Probably made a typo or something but they all work now, just need to pop over to Cayo Perico and check out yours now

OK, got them all working now, however I modified some stuff in my resource so deer don’t run away from the player, as they were freaking out at madrazo’s ranch - I might modify it and replace the deer with another animal

I was trying to fiddle around earlier adding custom animalia to the Cayo Perico with poor success. Im still quite beginner when it comes to figuring out the right meta files. For example I tried adding raccoon (Shared by Gabz) to Cayo but didn’t figure out which meta files exactly I need to add custom peds as a scenario. First issue was getting it in a right format to be able to get it visible to CW. If anyone has more experience with this would love to hear out. Though if we manage to pull this off I think we going to have Jurassic Park at Cayo soon

Personally I would just stick with vanilla animal models and have them working, at the end of the day, someone could replace deer with horse, and for their server, my ranch scenario would be pretty neat, however every deer in the game would then be a horse.

I’m not exactly sure how you would do “addon peds” for scenarios, besides, it’d be ruled completely useless if the server doesn’t have those peds - however if you are curious about this, I would join the codewalker server and ask there.

Maybe try monkeys or something

Did anyone had success with simply deleting certain scenarios in original files? I tried to delete some both via Codewalker and manually inside XML export, but they still keep spawning for some reason. Tay’s scenario resource works fine, I wanted to simply replace one of scenario files with my edited one, but no change has been made. Even though the targeted scenario file is actually lighter than the original one…

So, I’d made a lot of mistakes in my original repository however we’ve been discussing scenarios in the codewalker server and over on the cfxre GitHub and figured it out. @Jaaybops_Media

I have since updated my GitHub repository to a proper working method, which includes a modified stables.ymt aka Madrazo’s Ranch, downtown construction to remove some construction workers near the broken wall, as I have files to fix walls around the job center, courtesy of @LUKY00010, and the MRPD as it is an extremely popular location and many people have custom MLOs there.

Credit goes to d-bub for the discovery of the required

Long story short about PSO, is that allows proper data format to be used rather than “fake” ymt files, which translates in ability to stream particular scenario files. No longer do we need to stream 100+ scenarios / all just to keep the server from crashing, or to remove triathlon, paparazzi, clapping cheering related scenarios.

Select the NoSpawn flag, then throw them under the map so they don’t visibly obstruct anything

Vanilla Unicorn and other scenarios have been modified for people who may have a custom MLO in that area, however they may still need to modify the ymaps themselves, to add or remove cargens. 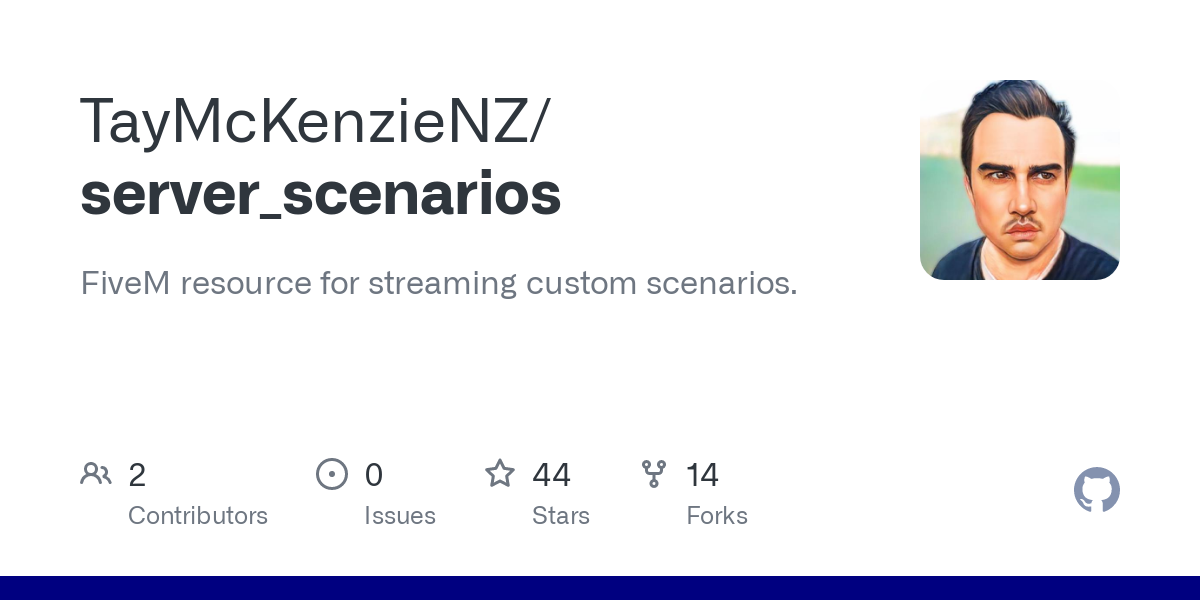 FiveM resource for streaming custom scenarios. . Contribute to TayMcKenzieNZ/server_scenarios development by creating an account on GitHub.