Collect all sorts of statistics from your server.
This is a dependency resource, meaning it does nothing by itself.
It is aimed at developers who want an easy to use API for sending stats.
A lightweight simple version for inclusion in resources is also available in the repository.

If you are here because another resource requires you to download this, please follow the installation instructions below

A StatHat EZ API for FiveM servers. Contribute to glitchdetector/fivem-stathat-api development by creating an account on GitHub.

If you wish to use more than 10 stats, you need the StatHat premium subscription.

Statistics are accumulated for a period of time before being sent as a payload to StatHat’s API
More information on how StatHat works can be found in their documentation ( https://www.stathat.com/manual )

There are two kinds of statistics, “counter” and “value”.
The difference and their use can be read in the FAQ ( https://www.stathat.com/manual/faq )

Counter statistics are bundled together to reduce payload size, this reduces timestamp accuracy (for counters) down to the length of the accumulation period.
For counter stats it doesn’t really matter overall anyways.

This resource utilizes an auto-updater, so you don’t have to manually re-download any updates.

Extra details and some other information can be found in the resource manifest (__resource.lua) file.

StatHat is a freemium service that can collect and analyze your statistics.
They allow up to 10 stats to be hosted for free, and an unlimited amount for premium users (monthly subscription).
Built-in tools allow you to easily present and compare stats, also for the public (through embedding or direct links).
Premium users are also given automatic trend calculations and other quality of life features. 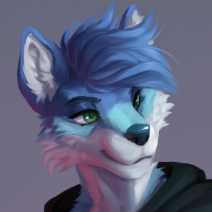 a thing that does a thing. Contribute to Bluethefurry/FiveM-Resource-Version-Check-Thing development by creating an account on GitHub.

I am in no way affiliated with StatHat, all issues with the service itself should be directed to their support team.

Do not re-upload as a standalone resource.
You may include this as part of a resource bundle, as long as it is unaltered.
Do not remix this resource, provide PR’s to its origin repository for improvements and changes.
Donut steel

Probably should mention that the monthly is $99/month. That’s more expensive than what many people pay to run the server to begin with.

Probably should mention that the monthly is $99/month. That’s more expensive than what many people pay to run the server to begin with.

Yes, the premium subscription is pretty expensive.
The resource is tailored towards being used without it, it prevents you from registering more than 10 stats.
For most basic usage, 10 stats should work fine.

There’s also other options like [Release] [V8] Prometheus for users who don’t want to rely on an external service for their stats or want those benefits provided by a self-hosted system.

Basically, the main point with this is to give server owners a really easy way to track and view stuff with literally no extra tools required.

Is StatHat still operational? I been trying to create an account but haven’t had any luck and cant seem to contact them. Is anyone still using this service?