Are you not capable of reading a message?

This isn’t my resource and I’m surely not going to spend my time redoing someone’s whole resource because you want some code that you’re using (not even made yourself) to be more optimised. I also don’t feel comfortable “sharing” it as I did not even test it and it definately is not how it should be used (defining variables multiple times through the loop etc.).

If you want to have shitty code with multiple redefening variables in a single thread, do it yourself: remove all these threads & while loops and throw it in a single one. I’m not going to make a PR which may cause more issues than how it is intended to be.

Update: I have updated the script with an efficiency upgrade replacing vDist and combining zombie while loops. Although, I could not combine all while loops as ped density and shooting detection would not work in a single while loop.

on which script of dislaik this is based on?

oh ok, what about these features:

These would be awesome features where i would instantly choose your script without even thinking.

sounds good and maybe its better to have taskgotoentity instead of straighttoentity or not? 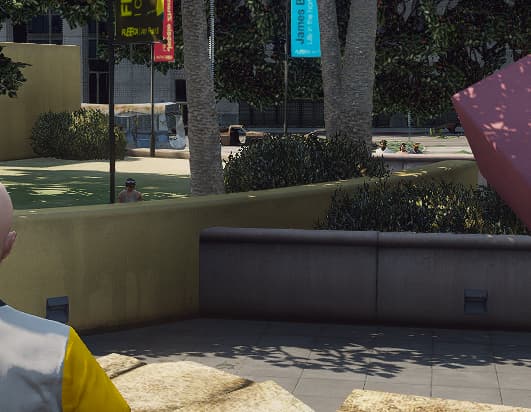 I’m not sure I tried to leave the script as is so no issues after trying to change things.

EDIT: Now I think about it, TaskGoToEntity instead of TaskGoStraightToCoord could prevent them from running into walls and find a path around it to the player but I’d have to test it first.

yeah i made pull request, so if you want you can check out

I had to change the download link to a forked version of the original repo.

Best Zombie system so far but would like to see a loot dead zombies option.

Please redo your PR, I had to change the repo.

this is working really awesome, thanks for the hard work.

story time, I run a server that uses AI police, I modified a few things, I changed how the wanted system works, it disableds the wanted system if a player cop jumps online, few other things here and there. I wanted to make the server for all the players not only have to deal with gang vs gang roleplay but also have a common enemy with AI police. I know it might sound stupid, but that’s the good thing about fivem servers we can do anything we want. My player base is small but love the break from the typical cop vs crim stuff… anyways Im rambling … trying to get to a my point.

I tried this on my server and noticed that with the wanted level on, the cops do come to bust a player, but when they are out of range they get out of their cars as zombies. I thought it might have something to do with the relationshipgroups ( could be ) when they be come zombies they are not considered cops any more I’m guessing.

I was wondering/suggesting a way to make the npcs cops friendly towards players. adding additional lines of relationship groups did not seem to work. I have another zombie system that’s similar to yours but its client side… in that versions when the cops show up they target players and never the zombies. so the other system does not turn cops in to zombies, but I cannot change their aggression to players off, and yours turns the cops into zombies, I tried messing with both systems and I am not having any luck… Sorry for rambling, This might be beyond your scope and sprit of the resource. I just wanted to thank you for the hard work and offer some suggestions and input from someone that LOVES dealing with AI and find it so interesting to keep tweaking all the code. have a great day!!

– Fixed how zombies would get stuck against walls and objects while chasing.

Can we get an option to have zombies only within a zone? Basically the opposite of how it currently works. Also does it alter all peds on the server? If so could there be an option to just affect the ones in said zone?

The script alters all peds within 500 metres of the player and turns them into zombies. I guess you can create some code to prevent them spawning anywhere but a specific area but I don’t know how well that would work or how it would look.