Any way you could make this standalone?

Would the last location still work? As I removed the ESX bit and it kept stating that it couldn’t index the nil value of spawn on line 265 of client.lua. I had to change spawn.x, spawn.y, spawn.z to 0 in order to get it to load. Is there something I am doing wrong

You need to add some data to catch the character’s last position. Maybe some server side query for catching, not sure.

Alrigtht, I’ll be trying it later

Is that why spawn would be nil?

i am using plume esx and some how idk but kashactors doesnt work on that server. that spawn selector was working on my server but there was no corsiar on it so i didnt use it but now i am using the update version the spawn selector is not showing either pls help if someone can

hello where i must put this if i not using kashacters?

Hey,is this only when the player is joining for the first time?

No, it’s an “spawn manager” 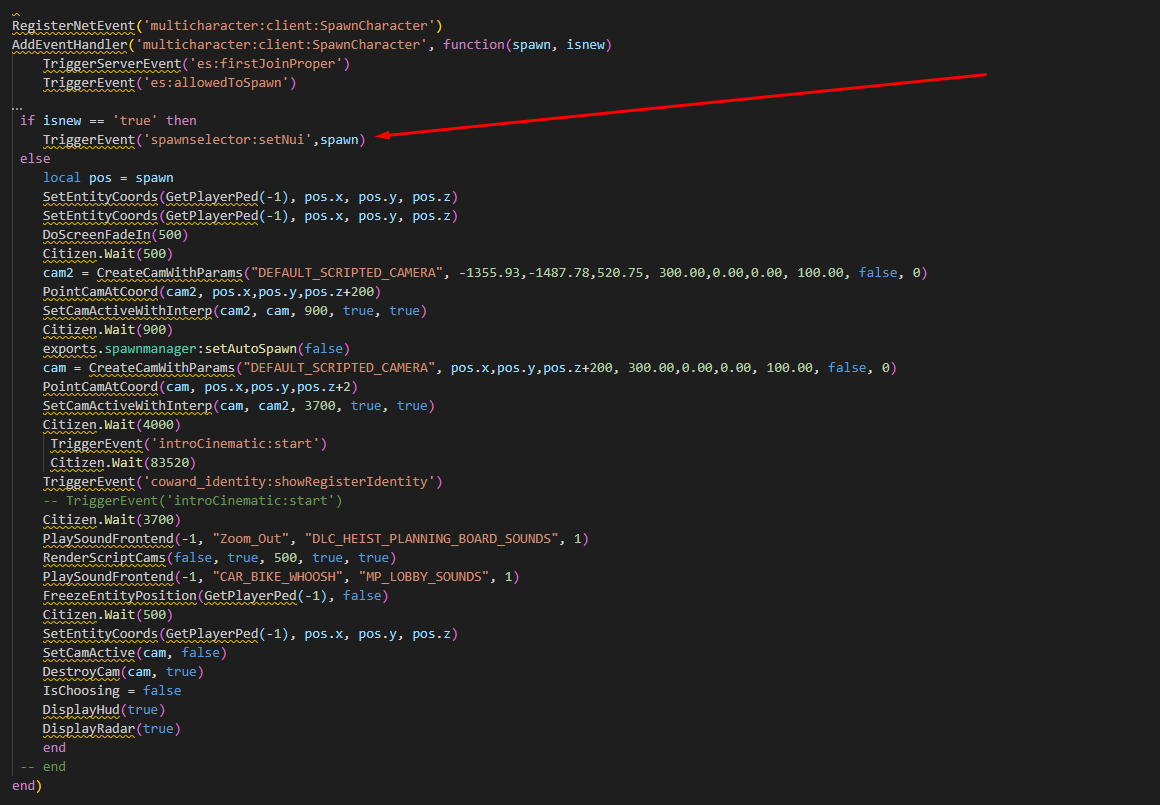 Hey so i updated to the latest version and now it does not even pop up it started good and no errors in the console is there an way to fix this?

how to put it with normal identity?

That’s for “Last position” function. If you don’t have a last position function in that multichar, remove local for lastposition, and remove it from html, and js.

my multichar by default spawns you at last saved location