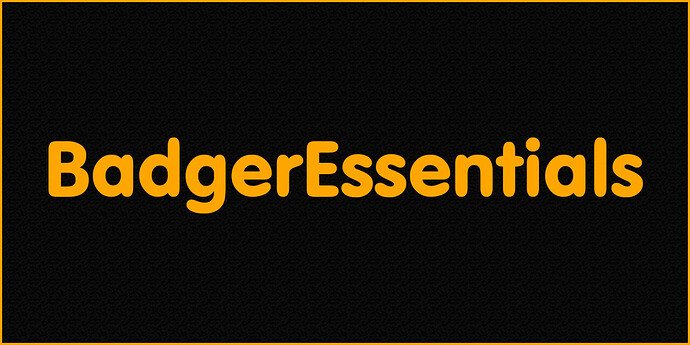 NOTE: This script is no longer maintained, there is now a newer version available: BadgerEssentials v2

BadgerEssentials, as the name suggests, is a script with essentials for an RP server. This includes many useful commands, allowing you to control things such as peace, or priority-cooldown. It also includes /revive, with a configurable delay before a player can revive themselves.

Why is it called BadgerEssentials? Although my name on here is mike3D, I go by “Badger” as well. The essentials part of the name is as this script was inspired by Badssentials, by Badger

Full documentation is available on the Github repository for this script. 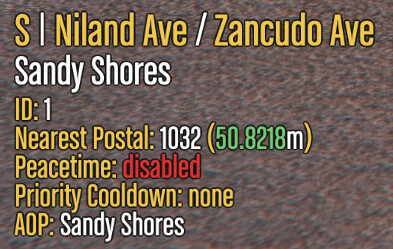 /die Kills the player who executes this command.

/revive [Target Player ID] Revives the player who executes this command or another player, specified by their ID.

/respawn Respawns the player who executes this command.

/pt Toggles peacetime on and off.

/setAOP <aop> Sets the aop to whatever arguments are given. Requires permission node BadgerEssentials.Command.SetAOP

/postal <postal> Sets a waypoint to the specified postal.

/announce <Announcement Message> Displays a message to all players on the server. Requires permission node BadgerEssentials.Command.Announce

Badger
This guy helped me a lot in making this script. 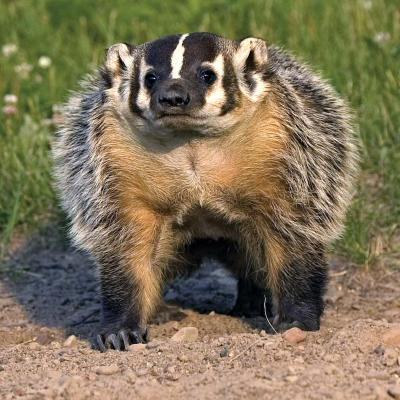 Contribute to ChonkyBadger/BadgerEssentials development by creating an account on GitHub.

Look for Releases. This is the precompiled release ready for use in FiveM. I say this because people have been downloading source code by mistake.

Nice release! Looking very good!
Maybe for the next update, make it possible to translate everything or make translation files, because I don’t have any C# knowledge to build my own solution.

Hi, can you maybe elaborate a bit on what you mean, as I’m not quite sure?

Hi, your release is a builded C# script, with a config and postal file, and everything else you can’t edit, because it’s in a .dll file.
So then I have to download the source code and open it in Visual Studio. Then I need some Reference like Citizien.core.dll and things to build it after I changed texts.

I want some of the texts translated to dutch, so maybe you can make it so people can translate things like disabled, Peacetime, Priotiry Cooldown etc.

Yet another great script release,

Is it possible to split the Ace perms for the Priority Cooldown commands? Like having the /pc duration and the /pc-inprogress seperated from the /pc-onhold and /pc-reset?

Having the first two for normal players while the other two are only allowed for staff?

it would certainly be possible to split it up but I don’t understand why normal players would get /pc or /pc-inprogress? Those still change the priority status.

Our server is a whitelisted one where the players can start priorities by themselves and when its over they start the counter so that the other people know when they can start next.

I’m just uploading a new update now, it will have more PC perms for each command

No. 1) this is BadgerEssentials, not Badssentials,
2) the permission your meant to allow is stated in the documentation - WHICH YOU CLEARLY DIDNT READ since your giving false info

no Badssentials:announce did not work

where is the release link

go to the github repository, on the right hand side, there is an area that says “releases”