Hi There, This is my First Release on the FiveM Forums.

What kinda script is it?
This script shows the Area of Roleplay and Peacetime Status.
When you are inside a car it shows your plate text, Speed in MPH, RPM and Gear!

Requirements and Permissions
None, This script is standalone and uses Ace Permissions.

Why choose the script instead of the others?
There is similar scripts that has been released but they usually only allows one or two words. This one allows you to have how many as you want. Example:

This script was for a Community, But they didnt want it so I decided to release on the forums instead

Can I edit and reupload it?
Yes, Aslong as you tag me LaLord or just add Credits: Big Yoda

I recommend you download [Release] Street Label from @lowheartrate
Use the coordinates that exist in the file to replace the empty space. 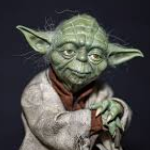 Contribute to Big-Yoda/Aop-Peacetime development by creating an account on GitHub.

Thanks to @FAXES For the inspiration from his AOP/PT Script

Basics: Aces & Principals Aces and principals are the default “permissions” system built into fxserver. It’s very easy to use, as long as you know the basics and you just start trying out some stuff. It’s also very easy to use this from within resources. Just use ExecuteCommand() to add/remove aces or principals, and use IsPlayerAceAllowed() to check if a player is allowed access to an ace (either directly or via inherited permissions). Principals Let’s start by taking a look at what a Princi…

Remember to Change the Teamspeak or Discord IP/Link

As I rarely do FiveM developing, No support will be given out.

Have a great day!

4 Likes
[RELEASE] Badssentials (Your essential HUD script) (Revive/Respawn Script) {ALL IN ONE}
[HELP] After I restart my server, some of my scripts aren't working
GamingThirdTv October 28, 2018, 1:01pm #2

So nice keep up the good work!

@BigYoda i put my steam hex into the permissions.cfg and still it tells me that access got denied for me to use the commands

You should put it on GitHub imo

Took me 10 minutes but there is Github link now

keep up the good work!

You should only release the MPH, Gear ext because for the AOP Faxes is way better

Any way to get it without the permissions?

Also you didnt include warmenu.lua, Is that needed?

Yes, Remove these lines IsPlayerAceAllowed(source, "yoda-aop")
TriggerEvent('chatMessage', source, {255, 255, 255}, "Yoda AOP: Insufficient Permission")
No, I forgot to remove it from the __Resource.lua

put steam hex in, still says no perms to use the commands

Make sure the steam hex is all lowercase. Try that

Hey the AOP thing does not Evan pop up on the screen and the permission thing wont work. But when i get in a car the car stuff pop up.

how are you supposed to change aop while in the game with everyone else?

Using /aop This is your AOP
20 charrr

does this conflict with vMenu, being that they both use .cfg file named permission?

if peacetime is enabled, people that join still see disabled