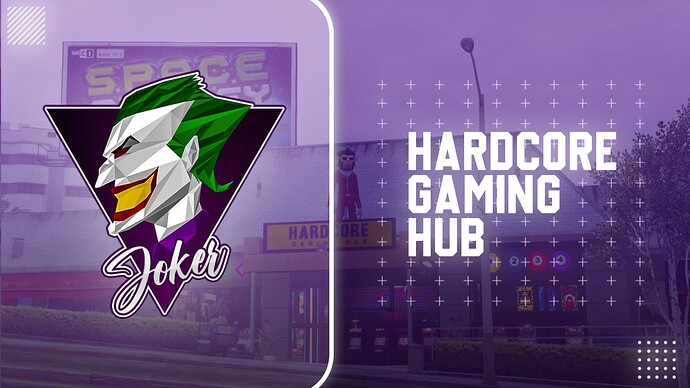 Hey, great release! I wanted to ask if there is a way you could release a version utilizing entitysets to remove the props per room. Rcore released an arcade resource and there are a couple of other resources that could complement that resource to properly flesh out an arcade, the problem is: they typically create their own props from the script.

The facility looks great, keep up the great work!

Sorry, I don’t understand what you say, Do you want a version without the arcade machine and instead rely on the script?

If i understand you correctly, i would rather go to them with your own MLO and ask them too implement there props into your MLO. You can edit the props from this MLO but you need the other ones aswell. I can take them out and replace em, but would need to to this every server restart.

If i understood your question correctly!
Randy

Entitysets are interior prop sets that can be controlled via scripting, it allows users to change between pre-defined versions of the interiors for a space.

You as the mapper, define these entitysets and typically you provide the scripting to support the entitysets. Think vanilla GTA interiors, how there are different versions for the same interior.

You could ship versions of the arcade where it is fully decked out with everything you have in the video; provided you developed your map with entitysets in mind and you provided the code for your customers, they could swap between different versions of your interior.

Maybe you create a version without any arcade machines at all so they can fill it themselves. If I find a link better explaining entitysets, I will provide it here for you!

For creating entitysets: [How-To] Create entitysets within an interior YTYP

@TayMcKenzieNZ might can explain entitysets a bit better than I can

Essentially different versions of the same interior that can be swapped between using code.

I can do that but you need it?

Damn this is awesome!!

Ahhhhh… Yeah, entitysets are just interior props that can be switched in and out of, to explain it simply; so if you think of GTA Online, when you have a weed business, when there is low stock, you don’t have much in there, this is actually an entityset that is set via a script, and when you have full stock, the game switches the entityset to something like… weed_fullstock or whatever.

It’s not necessarily a need or want, but it is a neat feature to have; it means that many people have the same MLOs, but in my server, I may have an xbox room for example because i might like xbox, or my community might like them, but in another server, they have set it to playstation, etc etc.

It would bring a lot of customizability to your maps

I would highly recommend it, as your mlo is now, anyone using the arcade scripting can’t really use your mlo, but with entitysets with adjustable rooms, server owners can adjust the mlo interior as needed.

So you have the code for this script? If you have it, can I get it please? Or you can DM me if there’s a charge for that.

Look at how bob74_ipl does it

This is essentially how interior entitysets work