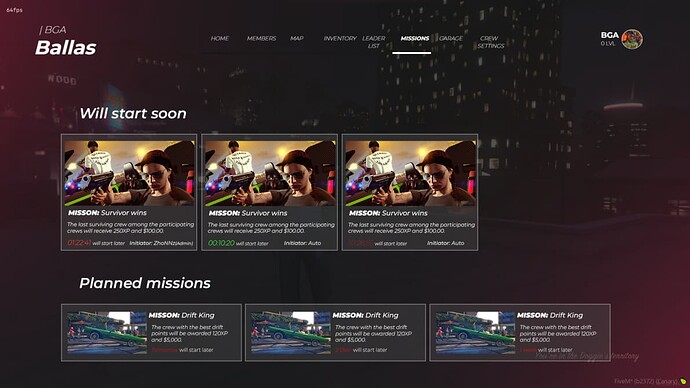 Features in the Crew Menu;

The entire system can be changed easily via config.
Announcements shared by people who have authority in Crew
Chat area where crew members can talk
You can invite players to your crew
You can give the Authorizations you created to your members.
Crew-exclusive Inventory system
Crew-exclusive Garage system
Garage and Inventory crew specific password setting system
Ability to change your Crew Color as you wish (GPS color, Map Color, etc.)
Ability to create new Authorization groups and add features to them.
Ability to send war invitations and peace invitations to another crew
While at war, you can capture the areas of the person you are at war with.
You can spray an unlimited number of times.
“Hold The Corner” (drug selling system) Earn additional money if you do it in your own captured area
“Hold The Corner” (drug selling system) If you perform the action in the crew area where you are the enemy, you will earn a negative amount of money.
Special GPS system for your crew, so you can easily see the location of your friends.
Where it is owned, it is indicated in which crew it is in the text at the bottom right.
All systems are updated and work instantly.
Provides 0.04-0.02ms of consumption 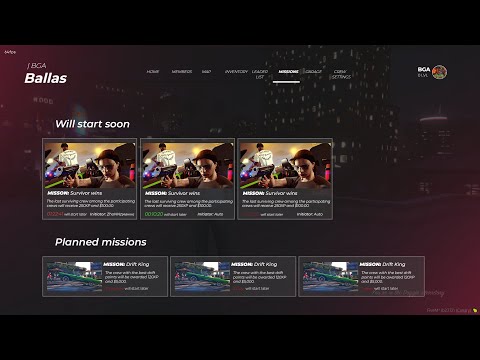 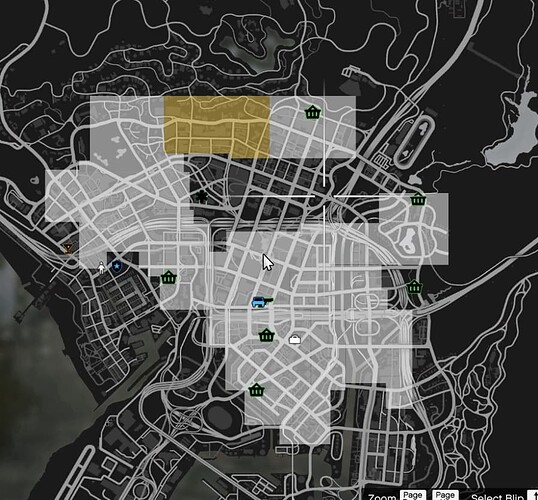 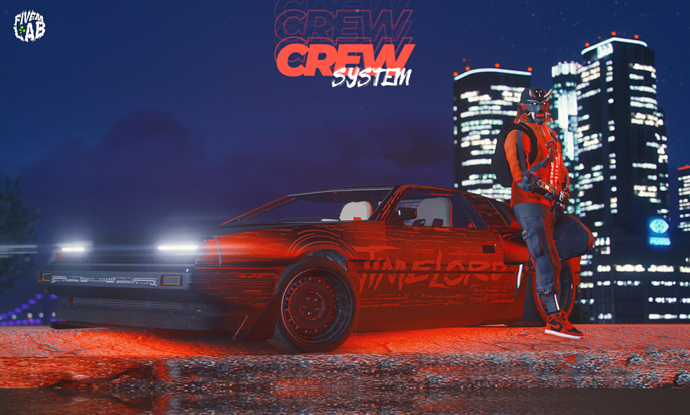 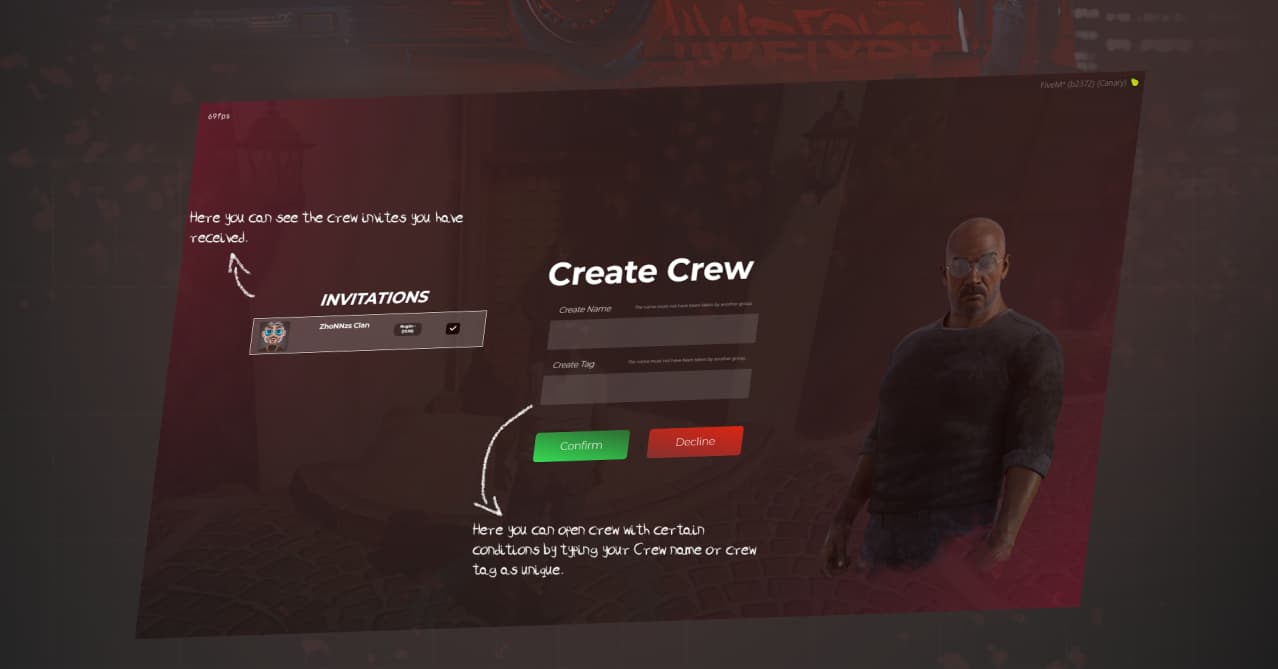 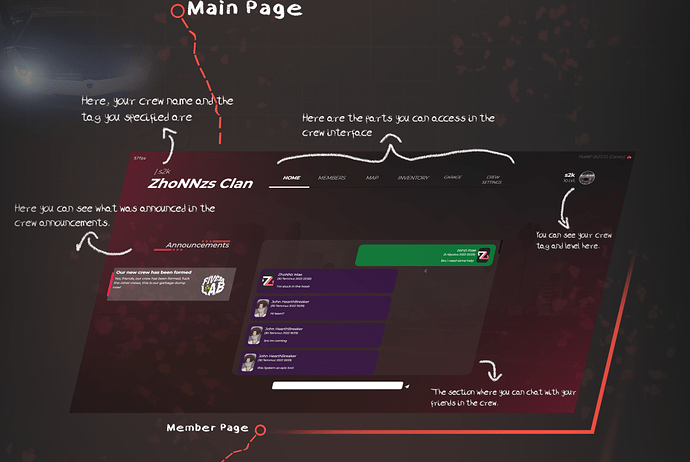 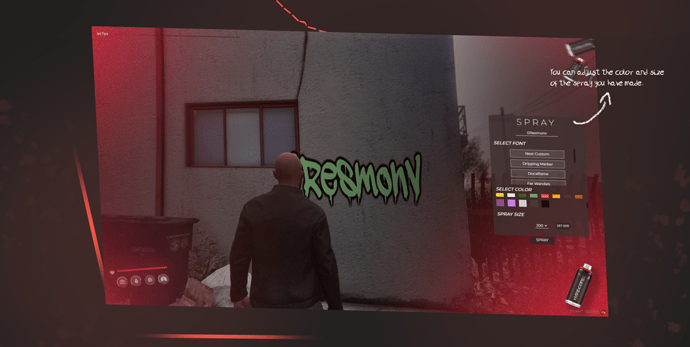 way too expensive and not looking good from the amount of negative comments about support. Would buy if it was cheaper

I lowered the special price for the first day, you can check it again

thats good but its still a lot for what it is

It’s not that special system to overprice it tbh, 120 for open source… ooof

This is something i have been looking for, for quite some time, and i see you have put a lot of effort into this. Something like this i would buy without hesitation but i would have to agree with other comments the price is just way to high. For something like this should be at least 40euro escrow and 80euro open source bud, Great job on the script though.

It’s a very detailed system. We spent a lot of time coding this. New features are coming. An excellent crew mission system is coming. Since you did not examine the script in detail, the price may seem expensive, but I think you will get what you pay for. Also, the product sells a lot.

That is understandable, but you have to realise as you said, “Since you did not examine the script in detail”, for something at that price, you should possible do/add like a 24 or 48 hour trial version on tebex for people to download, so we can actually test if it is worth that price like a lot of other devs are doing now for high price scripts. Its just a suggestion, just giving my opinion of course, not telling you what to do

at first the support was good, but after 2months the support is very bad, they never helped me with a script and is encrypted so i cant even fix by myself.

Hello. I don’t know who you are or which script you bought. Do not make irrelevant comments. If you have a problem with a script running, open a ticket.

you can try it and confirm me, that I have already bought another script and you have not bothered to review it and you simply told me that you could integrate it, I have waited too long and there is still no solution that I got tired and discarded the script nor am I interested, I want to buy the open source of this, but they confirm it to me so as not to waste time.

Or is it the same that they will tell me that there will be a ticket and they can solve it for me that they do not solve it and they make the time last, their support is lousy, so I am direct, does this work for ox_inventory?

What product did you buy bro, were you not satisfied?