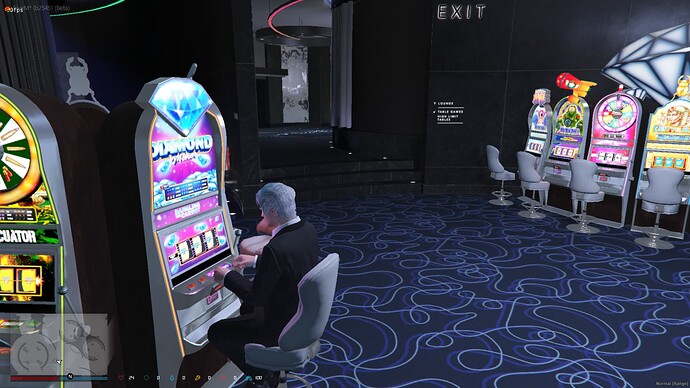 Integration and Write more something

the way the reels are spining looks familiar to me, ooh wait, its like my script, there is an offset of a pixel or something and thats also the same.
make a script by your self, dont take others work, replace few things and repost it as yours.

[tebex] I made this script for my server some weeks ago and now i want to release it because i never saw a script like this, even paid or free. Video Preview: VNS Scripts | ESX - Casino Slots Machine (with sounds) | Preview Fivem - YouTube Buy from here: https://vns.tebex.io/ 50.00 Euro + TAX WARNING YOU BUY ONE VERSION. NOT BOTH OF THEM Features: • Easy config, just change one coordinate and you are ready • Sounds similar to GTA:ONLINE (you need 2060 build or newer) • Can play with it…

isnt that half of this community ?? people just taking other people work and editing it then selling it claiming it as there own ?

it is and so is this slot machine script. its literally from decompiled gta online. i don’t know how anyone can point fingers in all honesty

isnt that half of this community ?? people just taking other people work and editing it then selling it claiming it as there own ?

This is resource for my Framework called iFW (Infinity), not for ESX ,QB or Standalone version
With VNS author, i have read your scripts, and i found some animations in it. Thank you, @DarkNosS96 .
But my resource written by my hands. 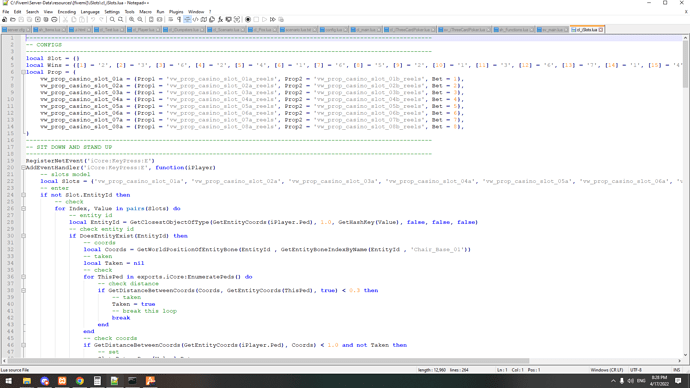 almost all scripts can be edited to fit every framework.
everyone can do some changes in the code to make it look “original” but that does not mean the code is not stollen or anything like that.
the code you are showing is not a proof or something like that.
i already reported the post and im waiting the moderators to check your script.
the hard part of my script is the system that is making the reels to spin, and from the video it is looking very very similar.
also my script was never purchased from you, so thats mean you have read my script (like you said) from a leaked site or something like that.

its cheaper lol. so ill take this one

its not for the same framework… jesus…

Technically they all are just selling Rockstar Studio assets, isn’t it? They don’t allow that, but its all good until they shut it down.

Please flag the topic explainig and adding proof, flagging for just “Inappropriate” doesn’t tell us anything and we cannot reply on those.

I will have standalone version soon, in one or two days.

I did not looked at your script, but I think there is no sense to say that he is copying your code. Because the main part of slot machine running is just a wheel entity that rotating with a speed.

When will be available the standalone version?

Now this resource converted to Stand alone version. Working on every Framework.