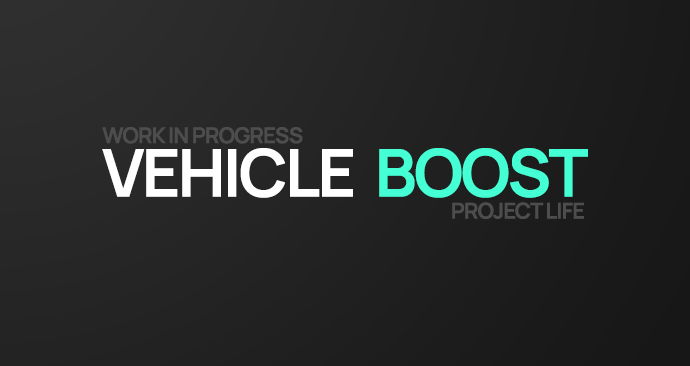 How does it work?

Start the contract
Locate the ped that holds the contracts. Use the third eye to access the menu.

Drive the vehicle to the provided drop-off area
Coordinates are selected and randomized based on a list of coordinates.
Default Timer: 10 minutes.

Leave the area
Get away from the area to finish the contract.
Default Timer: 15 minutes.

Vehicle Check
If the vehicle is deleted for any reason, the contract is automatically cancelled.

Client Cooldown
After completing or failing a boost, you receive a cooldown (default: 15 minutes).

If you already have the resource nh-context, update it to the latest version.
While this script is in development, the scripts above are going to be dependencies for this resource.

Spawn Guards still in consideration if this should be a feature or not.
When close to the vehicle (10 GTA units(?)), spawn NPCs that attack the player.
The number of NPCs and their firepower is based on the vehicle class.

Why are you using escrow on this resource?
Depending on the development, this resource might release with an improved version in the future.

Depending on requests and personal time, it might be converted to ESX later on.

how do i fix it ? so i can look at the code if i want to edit it to qb-menu instead of nh-context?

You can’t.
Depending on the development, this resource might release a paid version in the future.
That’s why I have to protect the code right now.

If the decision is made to release the full version for free in the future, the code will be open source.

Yeah that’s fine i have updated to the latest server version + newest nh-context but the message still does not come up.

Which message specifically doesn’t come up?

Would be nice if you made it paid for full version any time soon lol, i’d love to look at the source code. Great resource once again <3

No errors no nothing thats the weird bit

Free resources need to be directly uploaded to the forum or something like GitHub.

Free resources need to be directly uploaded to the forum or something like GitHub.

Nope. Authors may choose to protect even their free code with escrow. I wouldn’t. But the option is there.

Free resources must be uploaded to the forums or GitHub directly