United States Roleplay is a brand new serious roleplay server set in 1884 USA. In addition to dozens of unique features, scripts and systems, USRP sets itself apart from other voice-based roleplay servers by striving for ‘authentic portrayal’. We’ve heard from hundred of players over the years of RedM that there’s been a void for period-accurate roleplay that doesn’t mix modern ideals, culture and norms into the immersion of 1800s America. Whether it’s the tumultuous relationship between the southern
and northern states or the classic dynamic between the cowboys and American Indians, USRP will create a thriving, player-driven economy that also fully immerses players in America as it was then.

Aside from the roleplaying, USRP also features an extensive list of scripts and features tailored to both realism and gameplay:

And many, many more!
If this sounds like the type of server you’ve been looking for, join us at https://discord.gg/GdwBvrhET3 and be a part of the founding days of United States Roleplay! 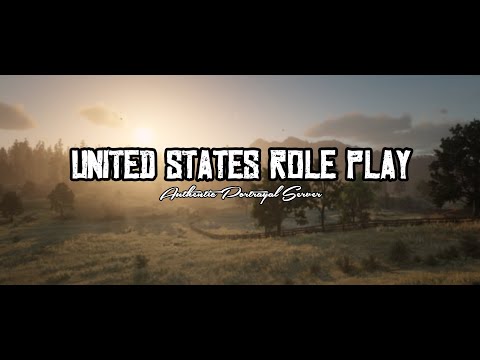 Looks promising, excited to get started

Great staff, they are really helpful. The server is one of a kind and accurately portrays the timeline.

This server really pays attention to detail, well balanced and loving these unique scripts. Looking forward to being part of the community !

Been playing for a few days, so far it has the most potential to be one of the more realistic servers. Economy is really good too.