Hi everyone. Here is my Release of DLM.

This is a library that sync ipl across the server and you can update at any time the state of ipl you want.

this script does not save values in Data Base for the moment, so everything is reset on server stop

here is examples of what you can do with this script:

example 1 : when a player robber a shop, you can load few minutes after the robbery, a ymap that close the shop with police barriers (like in mafia II)

example 2 : you can create a “builder” job where employee must bring materials on construction site which evolves step by step(video )

and everything else that base on dynamic environment

type /dlm up ( to load next step and down to reverse ) 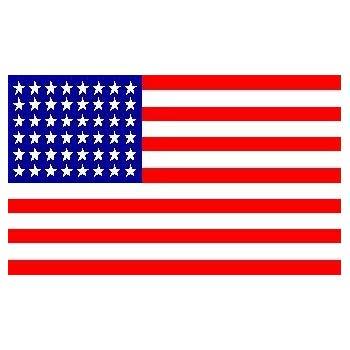 sync and load ymap while playing. Contribute to jobscraft/Dynamic-loaded-map-fivem development by creating an account on GitHub.

Pretty solid concept. Thank you for the release

Its a good idea, keep it up!

@jobscraft This is excellent, only thing that I think would be nice is to have it persists over server reboots.

That way I dont have to go back to a place to reset it. Also a range on where you can type the command might be good, especially with multiple building spots in the city

hi, you are not suppose to use commands, i only use it for testing the script . and for persistence, it’s pretty simple to code it if you have some knowledge in scripting, post an issue on github with enhancement tag and i’ll probably do it later if i got time

Related in a way, but maybe you would know the answer, @jobscraft

I’m looking for a script that would help me out with loading certain ymaps from mid air.

I created huge island, far away on sea and the basic terrain is visible from original mainland (lodDist value=“20000”). When you’re getting closer with either boat or noclip (player is standing still), you will see everything drawn as intended. Roads, harbour, trees etc. (lodDist value=“4000”). But whenever I am actually flying there, nothing of those mentioned ymaps loads until I actually touch the ground on the big island. Then everything appears, according to it’s lower drawing distance. This is the same case for both SP and FiveM.

Would you know how to force ymaps to load while closing in the air? It’s really frustrating, I want to make it ready for air logistics as well, but you literally can’t see where to put down your plane, until… You actually put it on the ground.

hi , you should try “RequestIpl(IPL NAME)”. but i think the problem is in the ymap itself, maybe you can try to fix it with code walker. try both solution and see if it work.

This example has just opened a world of posibilities for me… you don’t know what hell you have unleashed!

Would there be a way to use this for interiors where you can switch props out in real time?

hi, yes and no.
I don’t know if IPLs work well in interiors, but it would be relative to GTA/fivem core, not this script.
So, if you want to use it in public interior like office, hospital … it may work (if IPL are allowed in interiors)
And if you plan to use this script for costuming interior like properties, there are two problems: