Hi. My issue started a couple of days ago when i was updating plugins on a old server and i noticed that i wasnt able to shoot any players on the server. The crosshair circle just turned grey and i wasnt able to shoot.
So i downloaded PVP enabled plugin and players were now able to shoot other players BUT when you kill someone they doesnt get a respawn timer from esx_ambulancejob. You can only get the respawn timer by dying from falldamage, car crashes and these stuff. So whenever you get killed by any other player like shot or something you dont get the respawn timer. Does anybody know how to fix this ? 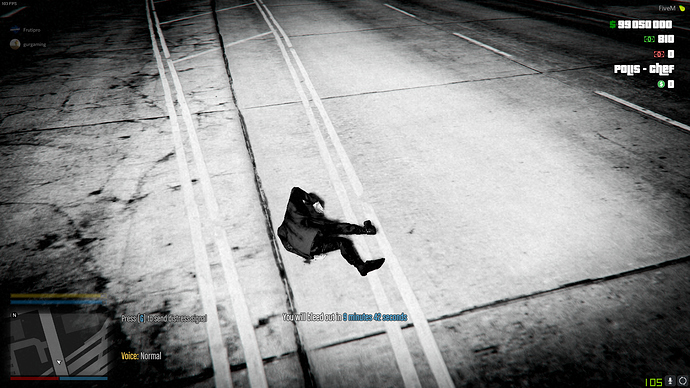 Dying from player shooting me: 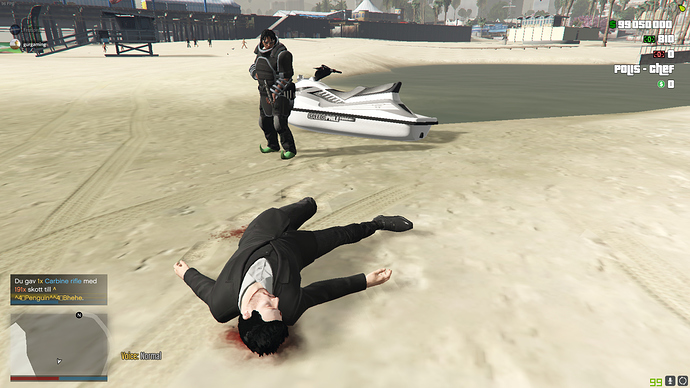 It seems that I have the same problem, we use ESX on the server and it does pretty much the same. PVP is added via EssentialMode itself, but that shouldn’t be problem, since it’s base for ESX itself??

Did I do something wrong here?

Thanks for making this post; however, it should have been made in an issue on GitHub, or posted in the thread. Since you posted here, I’ll post my answer. When I enabled PvP correctly via the EssentialMode resource itself I don’t have the same issue where it doesn’t show up.

The method I talked about above:

Oh okay. I have not enabled pvp in essentialmode. Im trying to do it now but i cant seem to find the pvpEnable = false anywhere.

That’s because you have to create a new resource and put that code in the server.lua file of said new resource. I’m sure there’s an easier way to do this but that’s how I’ve done it.

and that it lol, no need to make a new resources

In the EssentialMode thread for those that read, it says “Do not modify any core files” as well as stating in the files themselves. I chose to follow that particular rule and edited the settings the way the thread said. But by all means if you want to ignore the fact he said don’t edit core files and do it anyways by all means go right ahead.

Please do not create new topics for support/questions related to existing resources.

Only ask questions or request support in the original resource topic, or on whatever site/page you got the resource from (for example: create an issue on the GitHub page of the resource that you downloaded).

That way the original resource creator will get a notification and be able to help properly. This also helps to reduce duplicate topics of the same issue, because everything will be inside the original topic, allowing everyone to see all issues and solutions in one place.

Thanks for keeping the forums tidy.