This script let the players to skin a total of 340+ (!) different animals, from small animals like frog and songbirds, to big animals like bears and mooses. The script makes differences between the same animal types, for example you can get different items from Red Fox and from Silver Fox too, and the rams and pronghorns can be separated by sex or age (there are models with smaller horns and bigger horns). A player can get any items after successful skinning (around 150+ config of items included, so you can easily add them to your redemrp_inventory 2.0 and use them, items: pelts, animal parts and meats). Tiny animals can be collected by hand and player will recieve a small carcass in inventory. Tiny animals are like frog, bat, rat. Bigger animals (rabbit, fox,bighorn rams, bears etc) can be skinned if the player has a Knife in the hands. After skinning or collecting an animal, the script will delete the pelt and carcass, so they are not going to annoy the people around. 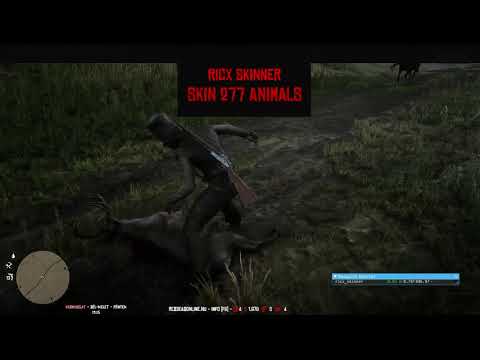 Where do I find “gottfriedleibniz’s DataView in LUA”? It’s listed as a requirement but I am not knowledgeable of where/how I get that or what it does.

Hello i can add it for you after or i can send a link for it and you can combine it, if you want it to make global on your server. On the rdr3 discoveries github you can find the example at ai/events.

Thanks! Appreciate the answer.