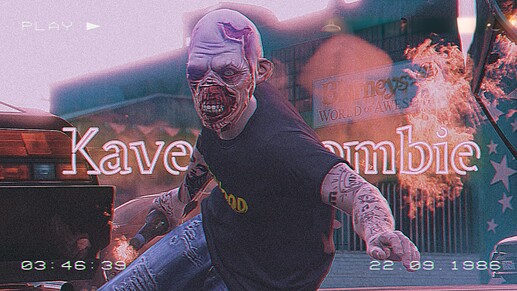 [background3] Hello FiveM Community, This is an advanced FiveM zombies script which provides you many features in purpose to enjoy and create a realistic zombie apocalypse server as much as possible. Requirements ESX || QBCore Frameworks are required. What does this script provide me? You are able to create and manage multiple zones based on your preference, such as Safezones, Redzones, etc. Those zones can be displayed with circular blips, block zombie ped spawning and preventing …

Hello, my script is more optimized and doesn’t contain dirty code. There are a lot of dirty code and unnecessary events and loops in the script you posted. Thank you.

rest seems good tho, but without sync it’s not very practical imo

Of course my script has all those loops because it has more features in general and everything can be optimised as they want or disable if they don’t want any feature.

They can make their own zones types which are also fully configurable, add their own custom zombie peds, create as many zombie types they want and modify their health, damage, loot, everything.

It actually has everything, even ranking UI (Player User Statistics) with TOP players in the game.

Because it has loops, doesn’t mean it’s not optimised, you have to know how to use loops and loops are necessary when taking data from configuration file for multiple options.

I don’t judge you but all zombie scripts are free and already providing what you provide, so I don’t see any difference, I could make it as Paid with all those features but I haven’t.

You have already developed most of the code from esx_zombiesystem. esx_zombiesystem is not an optimized script. you could do more than one operation in a single loop, but you opened a separate loop for each feature. You do a lot of things using events. You could use function instead of event.

Personally I don’t find a reason using functions for events which are called directly from the server, if you check out my code, all the events I am having are because they are called from server.

And yes of course, I admit it that some part of the code was from the original and that’s only the spawning but still not exactly the same because I had to do some improvements and many more to come.

But it’s okay, we don’t have to discuss all that in your script, we should end our discussion.

I’m not arguing anyway, sir. I’m just telling the difference between our two scripts. your script is already successful it’s just not optimized enough (in my opinion)

It will be the best script. If the player sees the same zombies