Hello guys,this is a modified version of Deltanic’s Advanced nitro system with some code elements from blumlaut’s driftcounter.

It gives driver a chargeable nitro when you speeding up or drifting
When the nitro is ready,you can use it (W + L.Shift) and wait for it to recharge ,to use it again.
Leaving the vehicle will empty the nitro counter,also going bellow 50km/h (including stopping of course) will discharge the nitro.
Nitro will not discharge if it’s in ready state(it will be instant empty if you leave the vehicle).

Pressing L.Shift when stopped or going slow will purge show.

Some pictures and a github link: 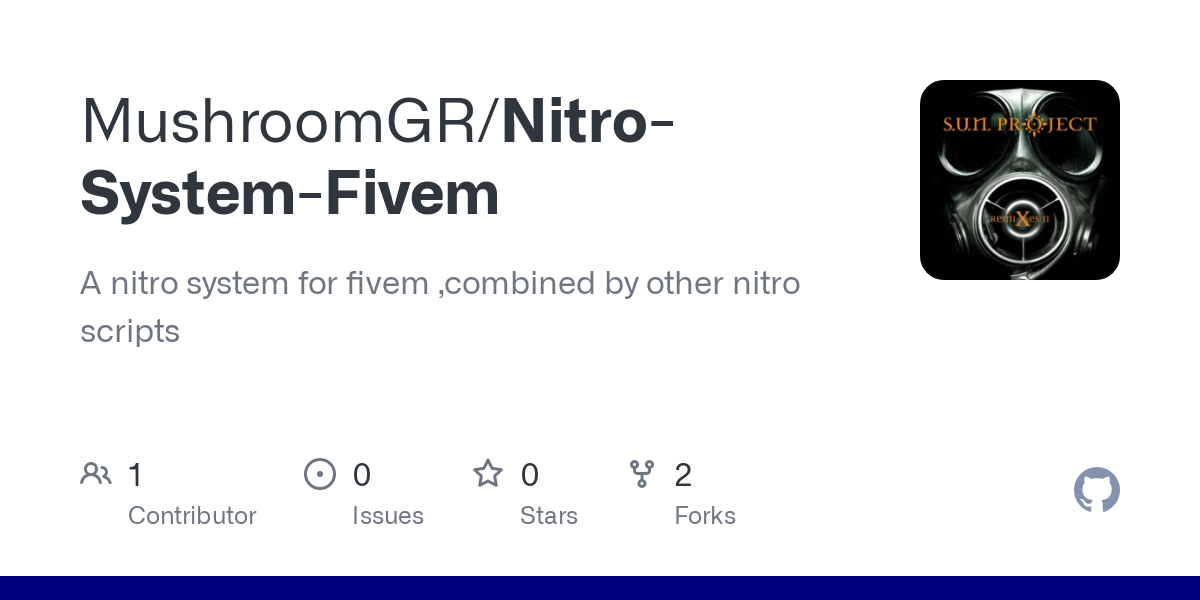 GitHub - MushroomGR/Nitro-System-Fivem: A nitro system for fivem ,combined by...

Much love from Mushroom!!

nice sir … thank you share … Sir, can’t nitro this be an item if we want to use nitro

no sir, just use the esx or gbcore one sir.

is there anyway to have a purge effect like in sw-nitro. Also whenever I use the Nitro it gets rid of any saved tune on my car and also makes its slower after the nitro is done.

this is the something I added for purge effect 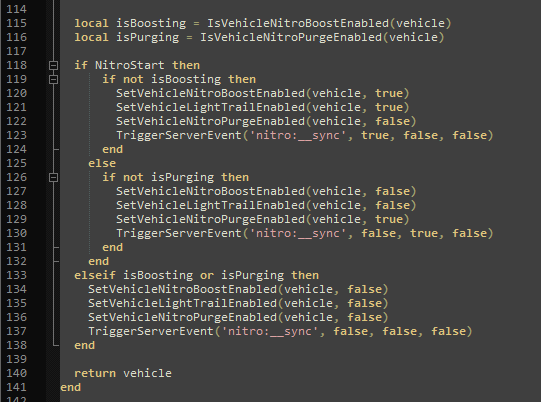 heres what im working with trying to add 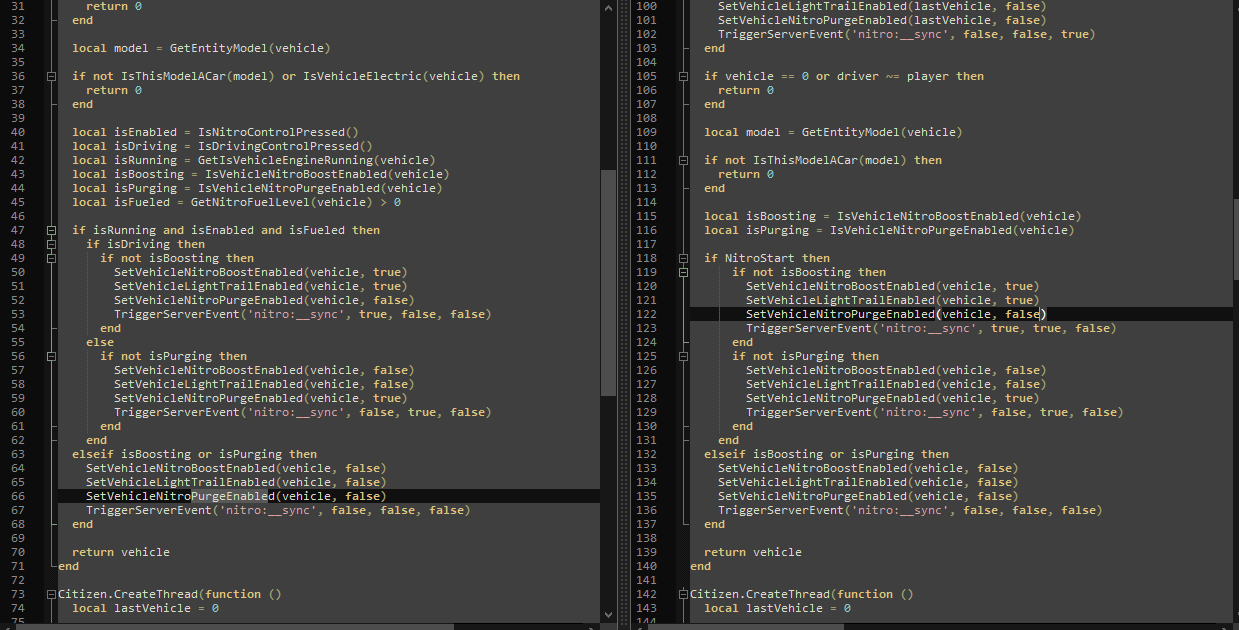 my speeds after using your script for the cars goes from like a 220 mph after nitro goes down to 140 mph. idk why… i tried changing the local curspd = GetEntitySpeed(ped)*3.6 and change the 3.6’s to 2.24 but it did nothing.

i know just for esx or qbcore… i mean item

Hello mate,i am happy that there are still people that got involved in coding and not just using their paypal and complain about the prices of scripts,but that’s maybe cause i am an old weirdo.
Anyway…to the point.
It seems our beloved rage doesn’t like to adjust vehicle power multiplier and it resets the level of engine mod of the vehicle.

So what we can do about that,we re gonna make a global (lets say name it mod)
get the vehicle engine mod level and restore it after the nitro usage.

Github is already updated and fixed.
Good job on finding this little “mistake” and mention it.

And remember There are no mistakes, only happy accidents!!

I will update github later for the purge effect of the original script,i just got back from work and i need a moment.

can you describe the logic you want to have about this item?
If you are finding difficulties in English you can pm me in your native language.

Why Nitro Purge , has no sound? how do I fix that , In Sw-Nitro its has