What is the issue you’re having? Crashes near the MLO (about 500 meter far away)

What are you trying to do? Stream a whole MLO (gabz-mrpd to be specific)

What have you tried already to fix the issue? yes 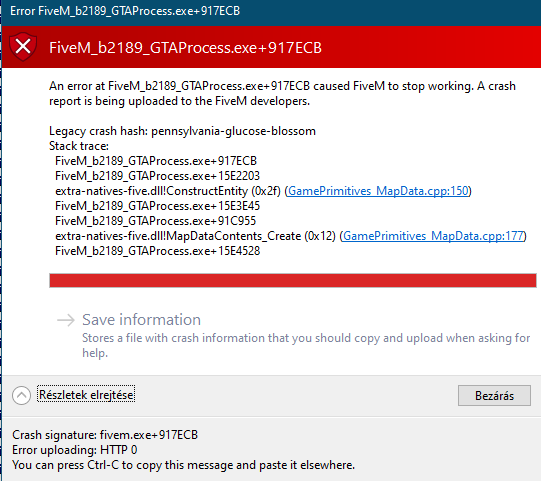 What did you do to get this issue? Tried on localhost server. It worked and never crashed on it (Its a differend built server)

What server did you get this issue on? Be specific and name some, ‘all of them’ by itself isn’t useful! On my FiveM Server

So, I found a police PD mlo, that I streamed on my localhost server, it worked fine and It did never crash but after I put in my whole RolePlay server, It crashing about 500 meter far away with this code: Legacy crash hash: pennsylvania-glucose-blossom