System specifications to be honest im not sure
What did you do to get this issue? i was trying to join a server… ive been in the server before to and the only one getting it
What server did you get this issue on? Mixerrp(MCRP)
CitizenFX.log file
.dmp files/report IDs

Also add what you already tried so far.
ive deleted fivem cache and then fivem and gta.

have you tried contacting the server owners about this problem?.

now its not lux_vehcontrol its esx_dockshop but still saying the resource.rpf is not in cache 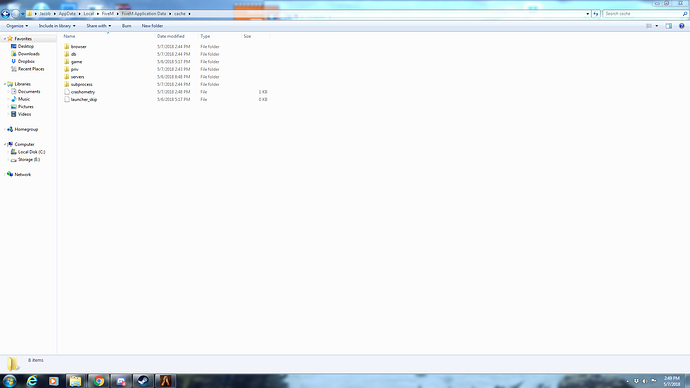 is it possible that im missing some kind of resource ?

already tried that haha yeah it didnt work either

If you have windows 7, all the new updated server’s will not work for anybody. I don’t know what they did but windows 7 doesn’t work anymore - My only suggestion is moving to Windows 10 and this fixed the issue for many, I hate windows 10 and will not move up to windows 10 so I quit Five M till licenses are fixed with Microsoft.

FiveM isnt the only one, Windows 7 support with Microsoft themselves and most company’s are going to end… i mean if you want to be unsecure kudos to ya.

But if you wanna stick to Windows 7 then… well thats up to you as well eventually you will have more issues then just with FiveM.