GTA V version?
- Yep
Up to date?
- Yeah
Legit or Pirate copy?
- Legit
Steam/CD/Social Club?
- Epic Games actually
Windows version?
- Windows 10
Did you try to delete caches.xml and try again?
- Multiple times lol
Error screenshot (if any)
- I don’t get any error messages, sadly
System specifications
- CPU is a Intel I5-8600k
- GPU is a Geforce GTX 1070ti
- 16 gigs of DDR4 Ram
- (I really don’t think it’s a hardware issue. The only thing it could be with hardware is that I have an ssd and a hard drive that I both use, FiveM stuff and GTA5 being on separate drives)
What did you do to get this issue?
- I reinstalled Windows 10 a little while ago and decided I wanted to play again. I downloaded Epic Games just for GTA5, Rockstar Games, and FiveM. After everything was done downloading, I ran FiveM and got to the Social Club login. I entered in the same credentials I used last time I played, and it just closes itself once I login.)
What server did you get this issue on?
- No server
CitizenFX crash zip file
- Like I said earlier, nothing is showing up in here

(also not showing a screenshot as I can only put up to 10 in here)
CitizenFX.log file 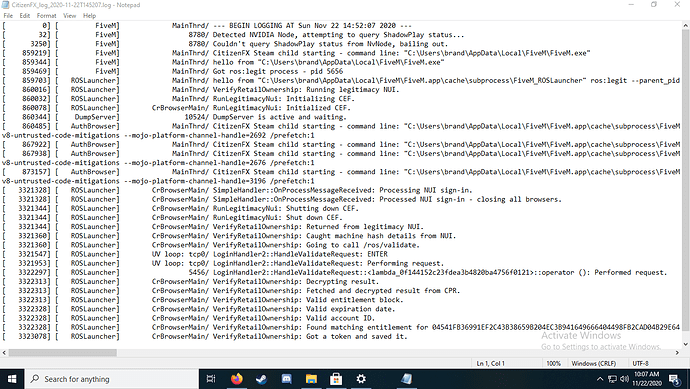 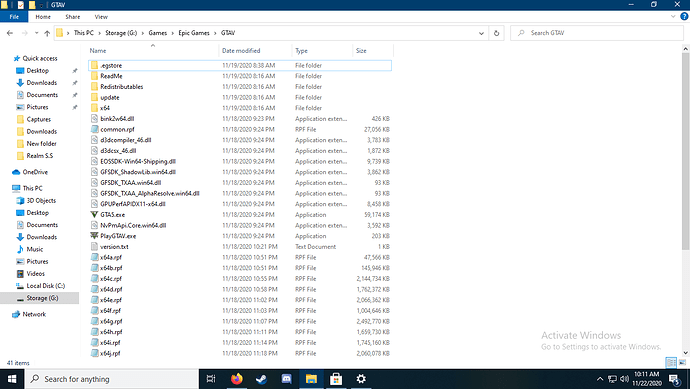 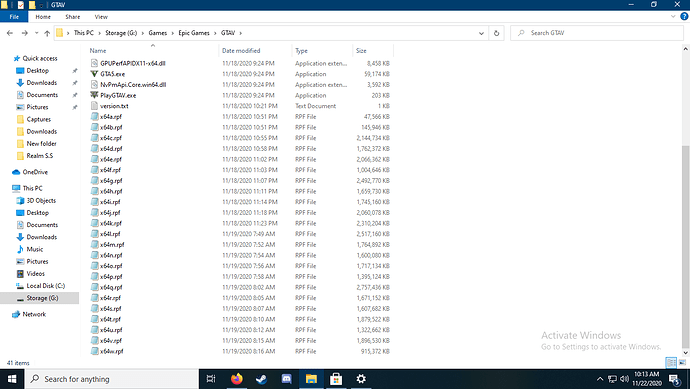 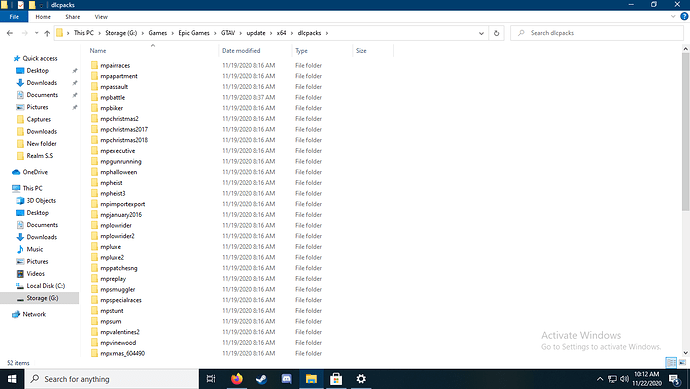 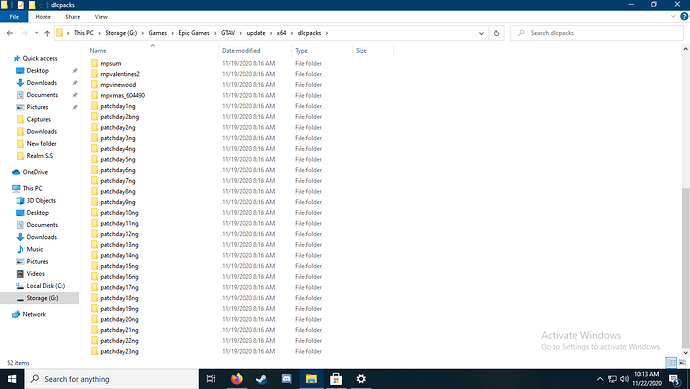 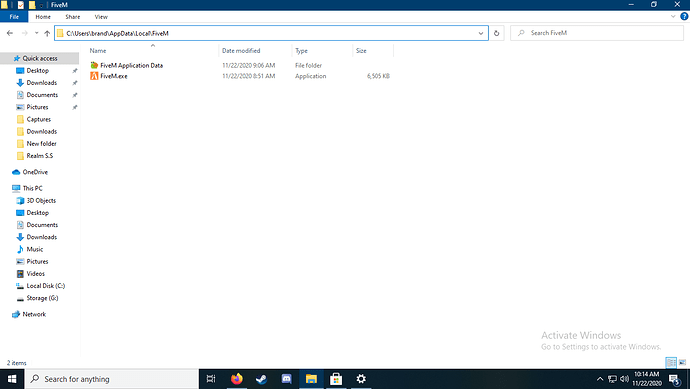 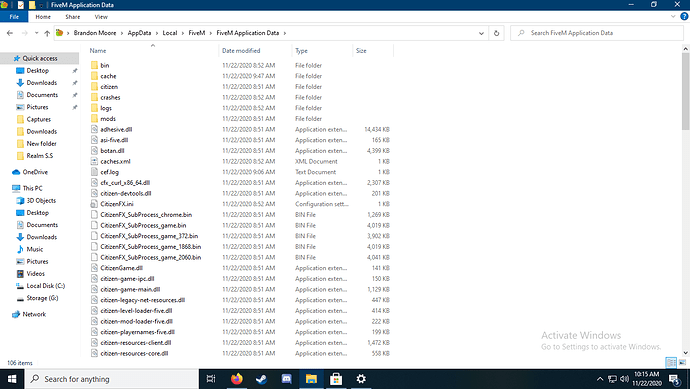 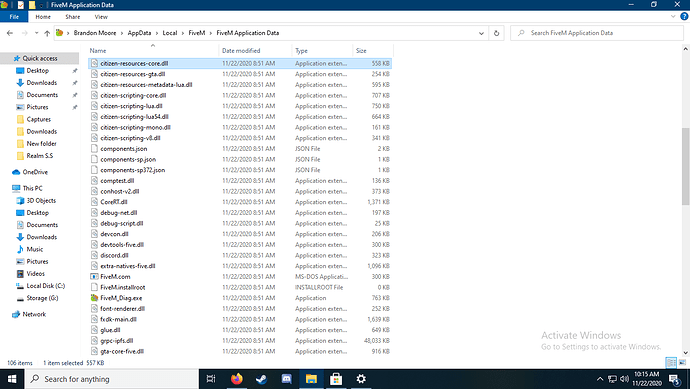 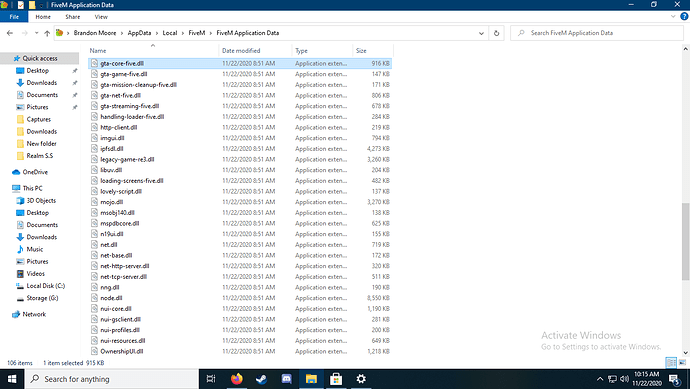 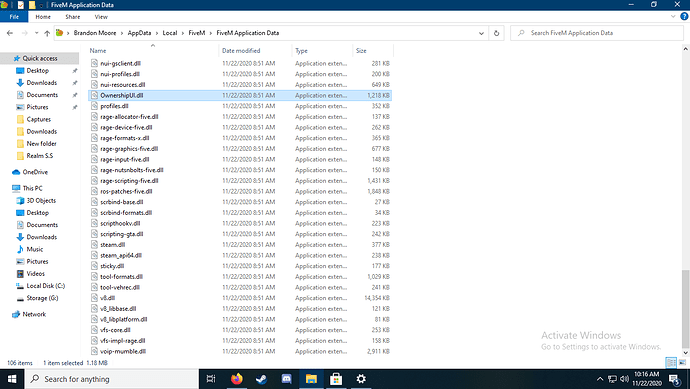 Which antivirus/firewall software are you using?
- Windows Defender
Did you try to disable/uninstall your Anti-virus?
- Yeah

Also add what you already tried so far.
- Pretty much reinstalling everything, turning firewall stuff off, and deleted things such as caches. I also tried verifying GTA5 throughout this.
- Any help would be greatly appreciated as I just wanna chill on some servers lol. Thanks in advance