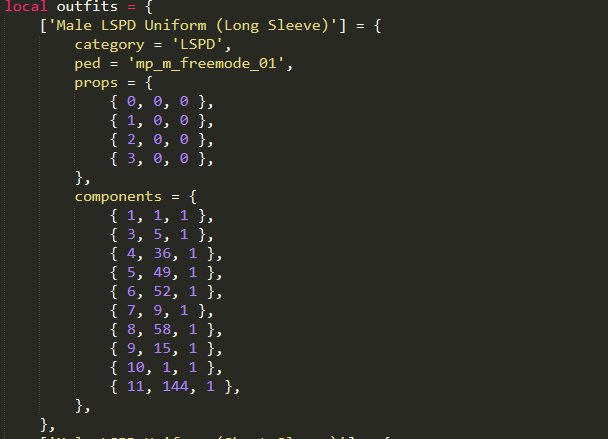 if someone could explain what these numbers mean and or where i can find different ones thatd be nice.

the numbers refer to the MP ped numbers. For example in that top row, it has

I would just put it in under a piece of clothing that you don’t want to have, and then go in game and figure out the numbers there

Is there a way to edit the .lua file for the list. So like we have the default list but every login the list changes order? And is there a faster way to edit presets instead of going number by number?