Error code: identifier-active - what to do?

What is the issue you’re having?
Error code: identifier-active

my account is somehow linked to my friend i used to play on his end they don’t have their own gta version but i already bought it. After we try to enter the server, fivem collects us as one user: we cannot play in one moment on the same server, when I enter the server I play in his character (in appearance and equipment, but the name and surname of the character have my own).

What are you trying to do?
Reinstall games, creat and connect new steam and discord. But this doesn’t matter for fivem anymore always sees us as one account. Even rock star support discconet my steam from social club.

What did you do to get this issue?
In the past i played throu fivem on his account.

What server did you get this issue on?
All serwer GTA RP with synchronization with steam and discord. 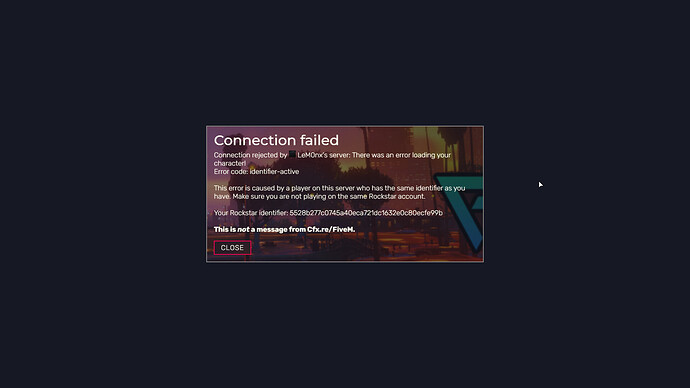 there is one more puzzle. When a friend is playing on the server, I will try to join him (of course it will pop up that my data is busy) he will leave this server in the fivem settings there is MY DISCORD for him. After resetting, the fivem is back his discord (automatically).