It seems as though replacing textures with DUI textures is resolution dependent.

On the example below I’m changing the texture on the props to a 1024x1024 square texture.

On 1600x1024 it works as expected, with the texture filling the prop surface. 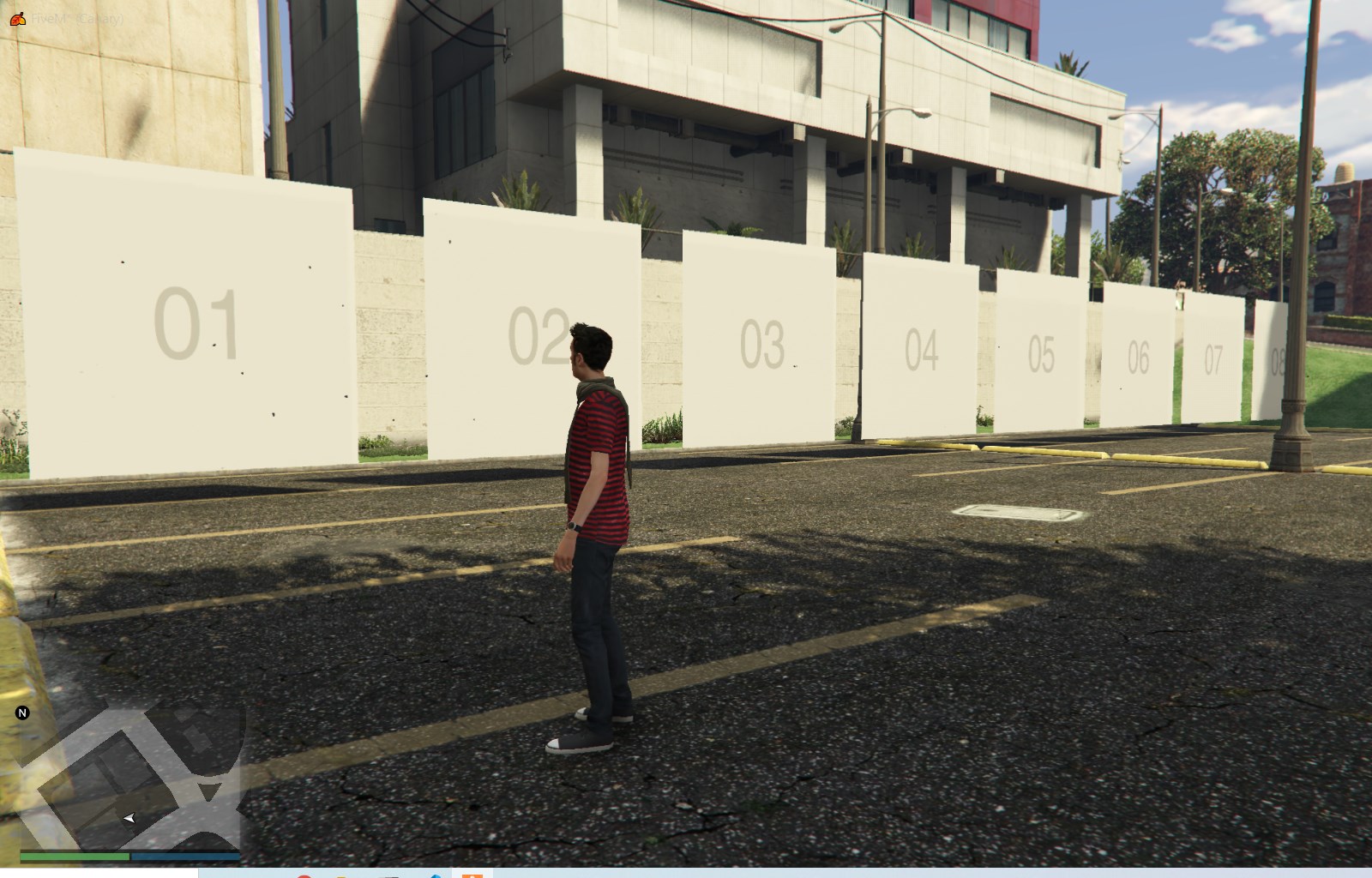 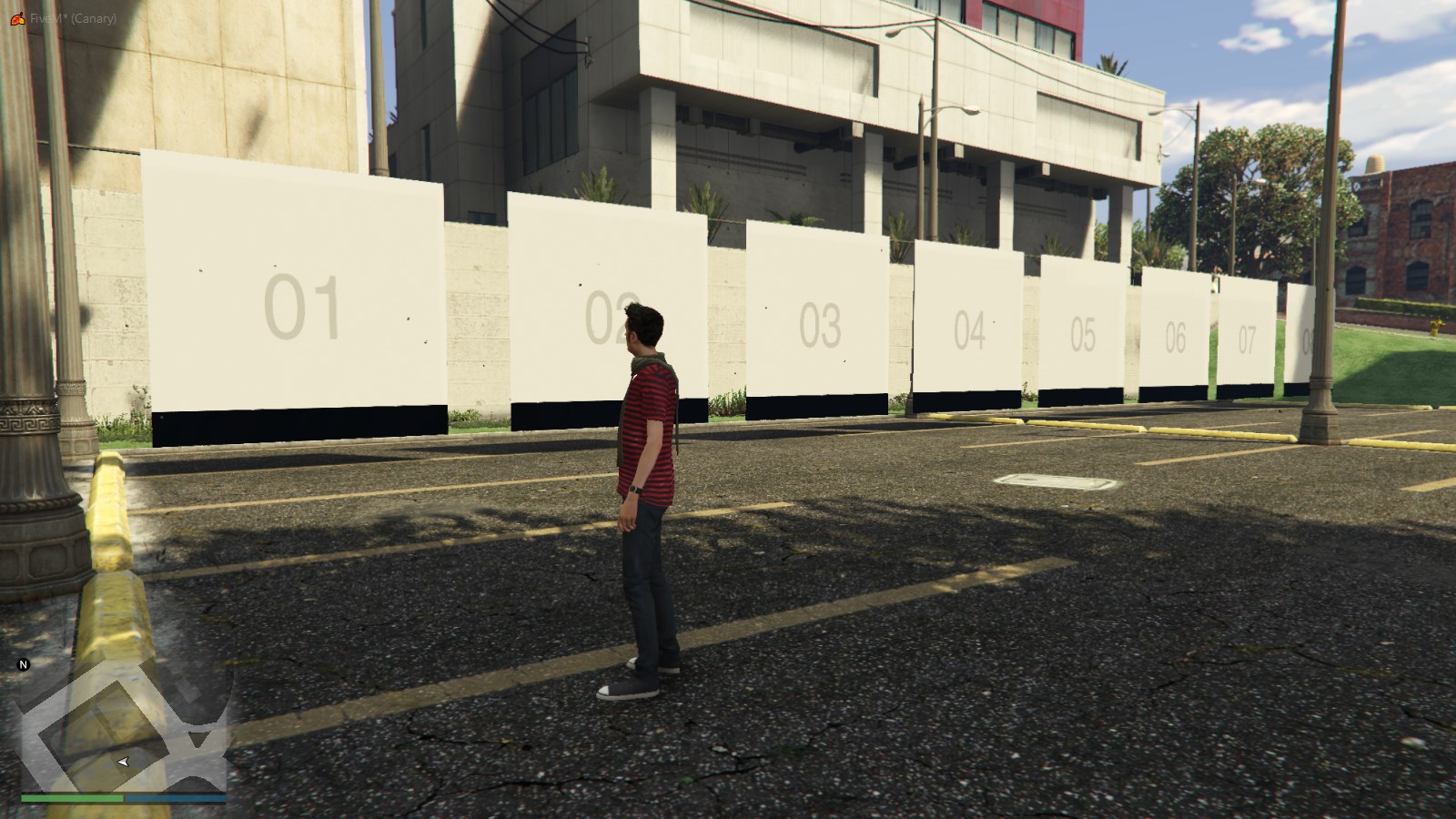 I’m hoping you’re using DUI with a static image as an example, and not to only do so in real-world use, right?

If you’re replacing with a static image, please don’t use DUI! Use a normal .#td instead and request it the same way you would with DRAW_SPRITE.

This is just a test setup and not part of real-world use.

Can you explain what problems would arise from using a DUI for static images?

As to the original bug, didn’t really see any actual repro case and I’ve never seen this happen at all

So is it the DUI or the runtime texture that makes it wasteful, or both?
I’m just experimenting with rendering some dynamic(but static ones generated) graphics trough a DUI and stamping that on a runtime texture.
What I’ve found so far is that I can destroy the DUI and keep the texture, hopefully that’s okay.

I’ve just took a quick look at the original bug.
What I’m getting is that any DUI resolution beyond my game’s resolution isn’t rendered.

Here is a DUI rendered with DrawSpritePoly with a red line drawn separately to indicate where the sprite is drawn: 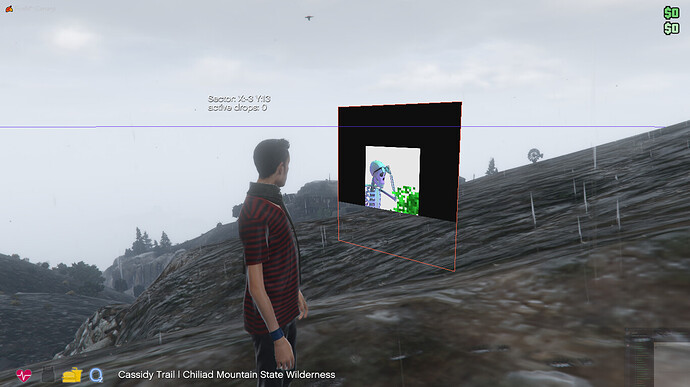 FiveM_GTAProcess_Gmg9VURYsN1366×768 168 KB
The bottom part is cut off as the DUI height is larger than the game’s height.

Here is a DUI rendered with DrawSpritePoly with a red line drawn separately to indicate where the sprite is drawn:

Can you provide a script so it’s easier to test i.e. I don’t have to set up a drawn texture myself and risk potentially doing something wrong there?

It’s odd, though, I suspected code wasn’t setting the D3D11 viewport but it is, so that’s curious.

Ya, this should show the problem:
dui-cutoff.zip (1.0 MB)

I was playing around with this example, and noticed the runtime TXD doesn’t work as I expected.
Rendering multiple DUIs to the same TXD but different TXNs creates a blank render.
So I ended up changing them to all separate TXDs.