Running FiveM in Windows 8 compatibility mode seems to have fixed the crashing for me.

Description of issue: When launching the FiveM client for the second time, it hangs at a black screen and does not respond. When the FiveM window is interacted with at this black screen, Windows reports that the program has stopped responding. At this point, FiveM does not recover and has to be force closed.

After a reboot of the computer, FiveM will launch successfully for the first time. Once FiveM is closed, or crashes, the black screen hangup occurs.

GTA V version? 1.48
Up to date? Yes
Legit or Pirate copy? Legit
Steam/CD/Social Club? Steam
Windows version? Windows 10 Pro 1803
Did you try to delete caches.xml and try again? Yes
Error screenshot (if any) N/A
System specifications Ryzen 2700X, 1080Ti, 16GB RAM
What did you do to get this issue? Launch the FiveM client
What server did you get this issue on? N/A
CitizenFX.log file CitizenFX.log (14.1 KB)
.dmp files/report IDs N/A 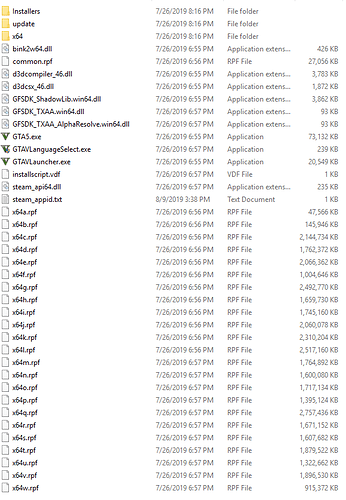 Did you try to disable/uninstall your Anti-virus? Just Windows Defender

Also add what you already tried so far.

Rebooting my computer will allow me to successfully launch FiveM once. Once I quit, or crash, the black screen occurs.

I have attempted a reinstall of FiveM, verified file integrity through Steam, and disabling all NVIDIA Shadow Play functionality. The issue still persists.

Downgraded drivers to 431.36, FiveM worked for the initial launch, after closing, it hangs at the black screen on the next launch.

Please note that most of the support is provided by the FiveM community on a voluntary basis. We ask you to be patient; there is no guarantee we have a solution to your problem(s). To avoid unnecessary/duplicate topics, please browse the forums before creating a topic.

have the same problem here buddy. let me know if you were able to fix this

From the research I did, it seems to be affecting multiple people with no proven solution or root cause.

Not sure if it’s due to the recent update or not, as I haven’t played FiveM in a few months. Today was the first time I fired it up.

Hope we can get this sorted, I’ll let you know if I get it fixed. Please reply here if you come to a resolution before I do.

This could be an unreasonable cause, but here’s some troubleshooting to try out just in case if you haven’t already

While it’s hung, since you seem to be in windowed mode, instead of going ‘sure’ on Windows asking to close the game, can you perhaps create a dump file using Task Manager of FiveM_GTAProcess.exe, zip/rar it up, and upload it to some file hosting site, and post it here?

Testing out the compatibility mode now, seems to be functioning, but I’m going to test out joining servers and crashing.

That seems to have done the trick. I really appreciate the help. I had not thought of compatibility mode.

Setting FiveM to Windows 8 compatibility mode seems to have resolved the issue for me.

I’m also experiencing the same issue, setting to compatibility mode makes the game start, but has lots of jittering.

I can launch FiveM Singleplayer as well as GTA V vanilla just fine.

I’ve completely reinstalled FiveM, verified my game files through the R* launcher (it did initially download like 3GB of files, not sure if this was the casino update or what, I never actually play GTA V anymore lol).