United Gaming Frontiers | WE ARE LOOKING FOR DEVELOPERS! | Custom Framework

United Gaming Frontiers We have developer positions to fill!

United Gaming is an online community platform with an ever expanding player base. Our aim and objective is to bring a special and unique player experience’s across the entire United Gaming network. United Gaming was born in November 2020 by the community owners Richard, Rosh and Cam. Our aim from day one was to separate ourselves from the rest by bringing an unique player experience for everyone to enjoy regardless of their player style or personality! We started as a FiveM server but now are branching our network to new and exciting platforms which are RedM and Minecraft in the coming year to expand our network for all our players to enjoy the unique experience they already have and love here at United Gaming.

We currently run a FiveM UK RP server which has gone really well. With over 4.5k people in the discord and 125players a night. Its amazing. But now we are turning our heads to a new frontier.

We have just opened on Beta with a fully custom framework. We are averaging around 60-80 players a night and looking to grow even more.

LEO Department with its very own Records! 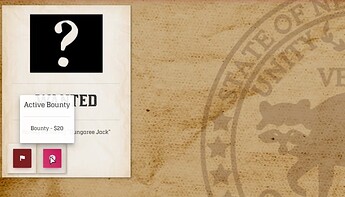 We are also looking for developers to join the team! Please join the discord and head over to dev-apps to apply

Check out the United Gaming Frontiers community on Discord - hang out with 751 other members and enjoy free voice and text chat.

We are still looking

Please open a support ticket and ask for me or one of the owners if you have any questions or want to apply for the role.

Just an update, we are now hiring staff in all areas!

Great RP at all times, very welcoming for new people like myself.
Very quick and helpful staff if any issues come up!

The RP here is insane, i didnt expect everything to be all smooth on launch of the Beta but i was surprised. The willing from everyone to produce a high standard of RP and respect to the server was and is amazing. So so so much potential for something brilliant here and by the looks of it were getting there. The dedication owners and all staff are putting in really shows what everyone at United Gaming is like. Defiantly a server to try out, who knows, you may even stay.

Was looking for a REDM server for months, I’d gotten wind that UG were opening one and have been keeping a very keen eye on developments, when it opened I thought, lets give it a try and honestly, one of the best things I have ever done. Server is awesome, admins/mods are great. Bugs ironed out very quickly.

Keep up the good work lads.

If you love RP this is the server for you, HIGH RP STANDARDS, the community is insane, its only in BETA version right now and its incredible, WATCH STREAMERS, we have tons of streamers on Twitch and we currently have a Content Creator Programme that’s just launched, the server is blowing up and has been since the release, if you aren’t in right now I suggest you join the discord and check it out!

Check out the United Gaming Frontiers community on Discord - hang out with 817 other members and enjoy free voice and text chat.

Genuinely some of the best RP I’ve experienced, UG Frontiers provides a warm and welcoming experience to all there players and everyone in the server is always willing to help out and provide good RP. #UGOnTop

I was never really interested in red dead RP. After playing on UG GTA RP i thought it only fair i give it a go when they announced the new fronteir server on RedM. Im glad i did, the RP is totally different and seems more in depth, everyone is playing a character and has a different story to tell. No day has been dull, from launch the mods and devs have worked hard to make sure everything goes well for everyone. During the quieter hours staff have activley set up situations to ensure everyone has something to do and we are all having fun. Couldnt reccomend this server enough.

Amazing feedback. We can not wait to get out of Beta and until full release!