I’m new to both Fivem and Roleplaying on pc here, I’ve done some roleplay through text based things and over xbox one with discords help but I’ve been watching twitch streamers on Nopixel and wanted to get into a friendly hopefully whitelisted server for a while now.

I’m mostly looking for real life based servers, that have friendly and consistent sized populations. That way you don’t just end up in a dead server or something ya know? I’m willing to fill out any application necessary to try joining, to learn and grow in rp is my hope an goal, and to have fun with it all.

If you have a server that’s got similar abilities to nopixel that’d be even better, by such I mean food, jobs, active population, possibly ways to cut down on time spent in jail, court system, etc. Just things like that, as I said I’ve never been inside a fivem server yet I’ve only watched them on twitch through both Markiplier, Milton, Remi, and ashlynn.

So honestly my main goal is just to get in a server that’s decently together, doesn’t mind helping a new person out, and is going to be fun to explore.

Also I hope this post is made in the correct place and it’s tagged appropriately.

An update, I’ll be checking out the servers suggested as soon as I can, I’ve just gotten unexpectedly busy.

I am not going to make this long but American Life Servers is a server with active admins on 24/7 and looking for new members cause we are quite low.

I am Abrupt with Modern Day Roleplay. We’d love to invite you to our community and possibly take a position. If you’d like to learn more about our community before joining, go ahead and visit www.moderndayrp.com and look at our topic below.

If you have any questions about our community, feel free to contact a management team member in our Discord.

I’m Hayden with Skyline Roleplay. As apart of our family experience, we would love to welcome you with open arms. Our grand opening was just yesterday so unfortunately, we are only hovering around about 40 members. That being said, I can guarantee that you will receive what you’re looking for in terms of enjoying yourself and growing and developing as a role-player. 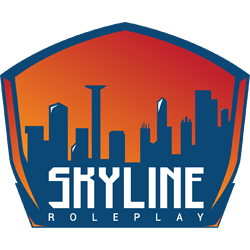 If you’re interested, I would love to speak with you, answer questions, or anything of the sorts to welcome you! Just contact me in any way most comfortable to you!

Hey Jerome! Check us out! We are a friendly whitelisted RP server. No bullshit, no fail rp, no power hungry personnel.

Not exactly what you described, however I do think you’ll be pleasantly surprised by what we offer, aside from high quality roleplay.

Here are some spicy screenshots from my first patrol as an officer! All the scenes I responded to were unique, interesting and very creative. [2] [3] [4] [5] [6] [7] There are civilian characters that everyone knows: BOLO’s last multiple days and actually make sense because of the consistency in our roleplayers. The Law Enforcement is amazing on SAR - training doesn’t take 6 hours but still gives you all the important information. The ridealong phase is kept short, and you learn a lot when pa…

You would love our server! Its ESX so you have to work and interact with others to get the cash you need to live! Our community is all about interaction with others! Come check it out!

[fivemserverlogo] About us! We are a community that was around a couple months back, there was some things that happened in the past but were coming back! Currently looking for department heads, civilian managers, and overall people to play with! If you have any questions on what you would like to get involved with in the community join the discord and ask in one of the channels! Our Discord! Our Mission: Is to provide the best roleplay as possible, and give the experience everyone wants to…

Hey! Come join us on DarkmoonRP! We are a new community that have active owners and staff who care about your role play experience. With over 50 custom cars and jobs, there’s something out there for everyone! https://discord.io/DarkmoonRP_Rose