Hello, we’ve recently updated from 2967, which has been super stable for us, to 3073. 2967 had basically no issues whatsoever on the performance side, even memory wise - after over 80 hours of uptime it very slowly creeped up to barely past 4 GB.

On 3073, we started noticing constant sync thread hitches above 200 players or so, and the memory rapidly grew to 4.4 GB within 1 hour of uptime (nearly 1000 players joined during this time). The memory isn’t really a pressing issue as it seems to have stabilized at about 4.4 GB for now, and we have plenty to spare.
The sync thread hitches appear to be anywhere from ~150 to 300-400 ms at the worst and occur at a rate of about 3 per second or so on average. Obviously as a consequence ingame player/vehicle sync is really laggy and spazzy

Filtered screenshot of hitches while 350 players are online: 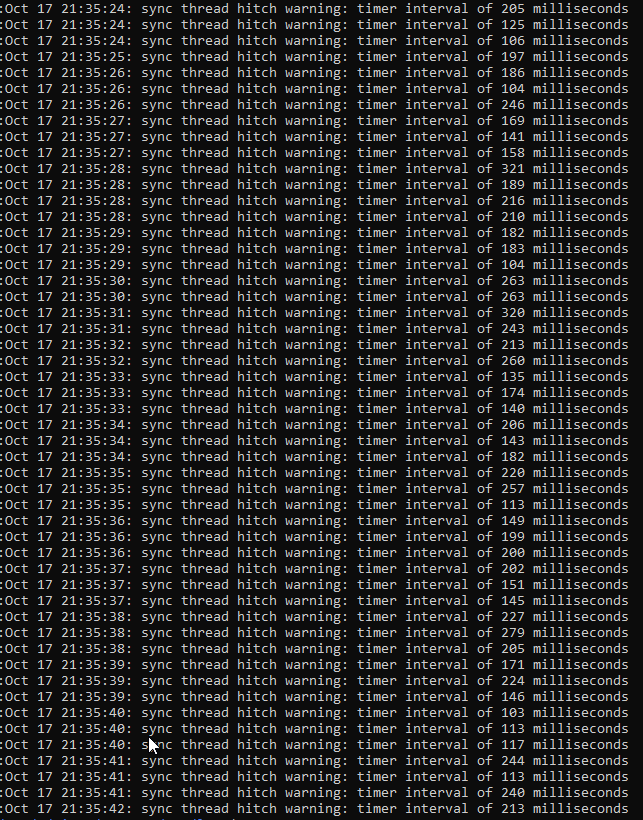 Thanks for any help in advance