So I just downloaded various ES/ESX resources for a local server im trying to setup and for some reason im coming into a loading resource issue. Server loads up fine, aside from a SQL issue it shows but appears none of the ES/ESX resources are working properly, even after being added to SQL db aswell. 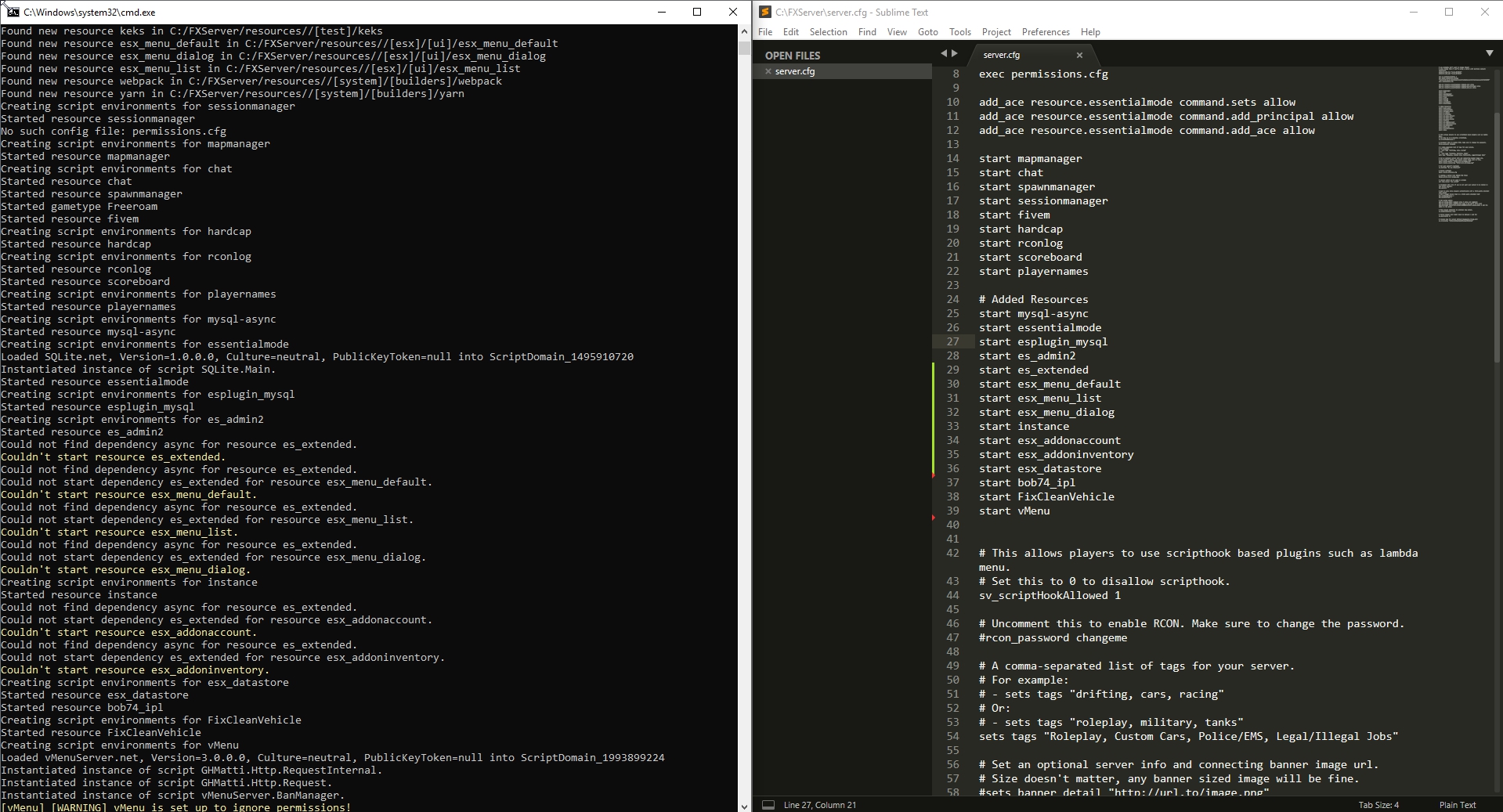 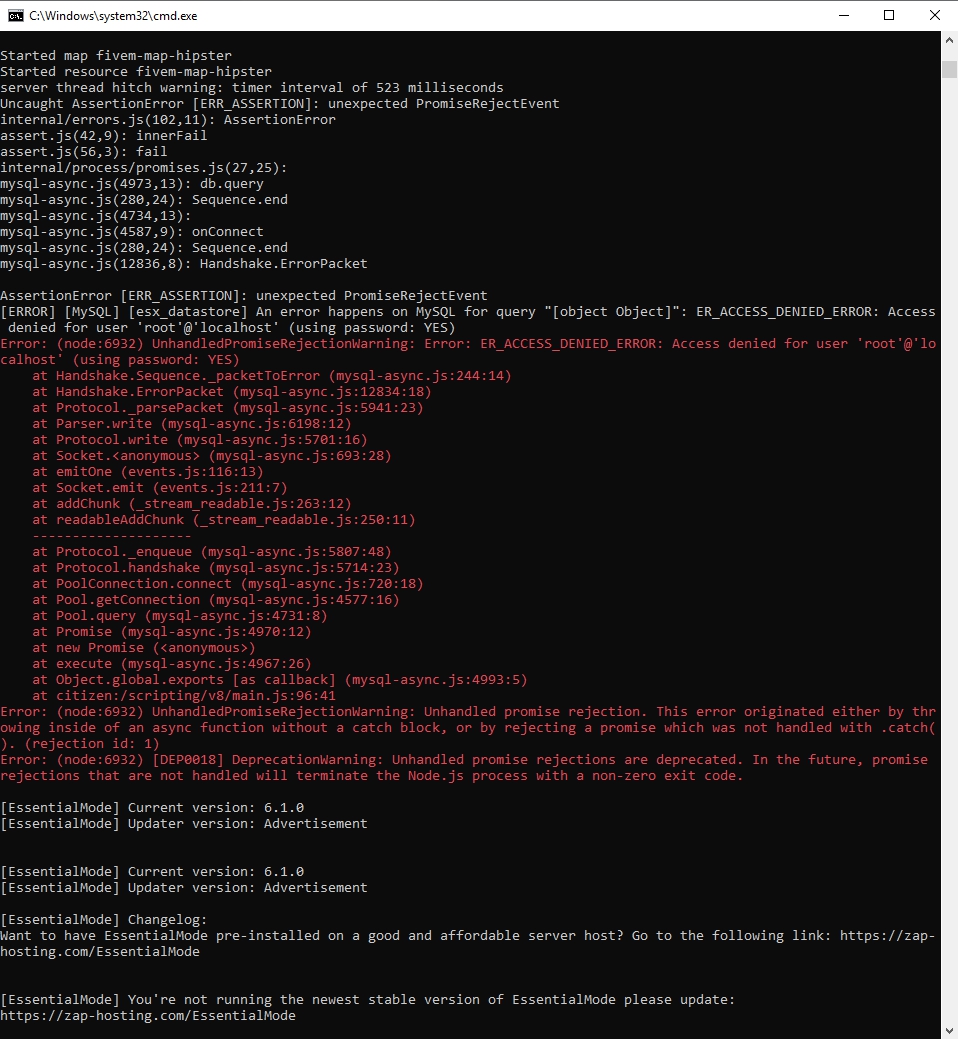 Any thoughts or tips on resolving this would be appreciated! Also, is there a map mod to get icons for the server aswell? In its current state its just blank, as are the added resources except for “es_admin2” which appears to work fine.

Your database credentials are also wrong

That seemed to help.

Both errors actually TELL you what is wrong. Read them. I’m sorry if I seem a bit blunt, but they do.

However, from the errors I see tells me you didn’t read the install instructions. Otherwise these issues wouldn’t exist.

Yea, was one of them tired derp days for me haha. But resolved the issue.

I’ve had plenty of those