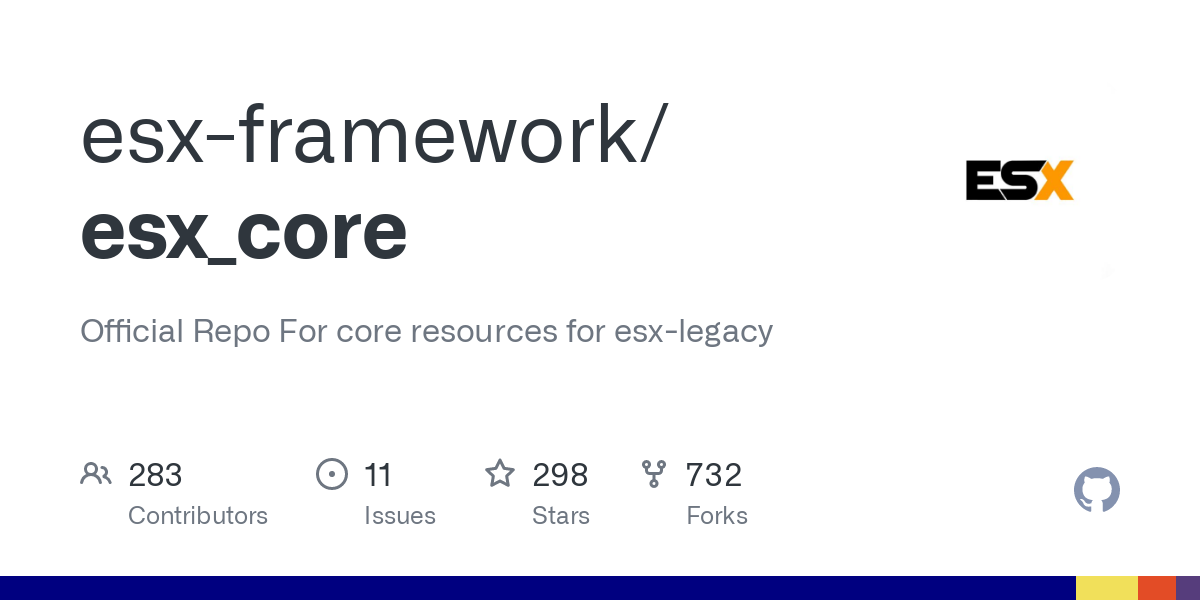 Of course it was. Because github, CFX, etc can’t do anthing but take posts down or close a post when someone asked for help.
Alot of people are rude because when someone makes a post they tell them to go read another post, even though they probably never saw it. It’s amazing how rude people are.

What? It’s been moved to a different repo.

What so what version should be used? Legacy or v2? Are all the esx_ scripts updated/working for v2?

Rather than going onto a thread and asking a question, try looking at the existing posts which tell you what you need.

This page will have to be updated, but the OP is not around to update the post. For now this will have to do:

When it comes to ESX, versions 1.1, 1.2, and v1-final have been removed from the Github. These versions are no longer supported. Only ESX Legacy is available now, and all of the repos are provided in a single download. Additionally, it has been archived and will not be receiving any future updates.

ESX 1 | ESX Legacy - GitHub - esx-framework/esx-legacy: Consolidated esx-legacy files into one repo for easy download since we will not support it

ESX Reborn is still WIP, with no ETA on a release date, as we do not know how long it will take, and we are not going to make any false promises.

Because we have no interest in people using the old, outdated code. We have stated for over a year now that v1.1, v1.2, and v1-final would be going away, and that people should update their scripts to support Legacy.

People did not seem to comprehend that we have no interest in supporting old versions, and since people blatantly ignored these things and still asked for support on the old, deprecated code, we removed them as an option.

The pages are not “deleted” though, they are set to private. We’ve given plenty of warning in the ESX Discord that this was going to happen, if you did not pay attention, then that’s on you. People had opportunities to voice their opinions in the Discord, and the ESX Team decided together.

It is possible in the future that they will be public again, so that people can see the code history, but for now, they are private.

Okay, i want to clear up some confusion specially for new people like me. I see on git there is ESX Legacy and ESX 2.0. which one should we be using as the latest and most stable?

use esx legacy , esx reborn is not ready

ESX Legacy - ESX1 - The ESX that you know. It’s the latest version, and it’s what we will suggest for people to use if they are currently wanting a production server.

ESX Reborn - ESX2 - Something completely different, it’s not ready, and we don’t suggest to use this currently at all, unless you are wanting to contribute to the project.