[Release] Weapons On Back

I mean in my fivem application data

Well this is made to be installed as a resource for a FiveM server. I don’t believe this works like that unfortunately. The server that is hosting the session would need to have this installed and then it would work for everyone on that server.

Hey how is the function key or command for the script coming along?

It is possible to get MK2 weapons. I’ve seen it done with this script.

is this a client sided script? if so, how do i install this? the instruction mention server files but i do not have them in my app data

Nice script. It is one of my favorite scripts

This is so cool, but I would really like to see that toggle function, because our officers don’t always carry guns on their back, but rather have them stowed in their cars. So perhaps a command would be great to toggle the guns in your inventory to be shown on your back or not. It’s a bit of a deal-breaker for me, but that’s literally the only problem, so I’d love to see that upgrade implemented! Great job on positioning the weapons, this is a one-of-a-kind standalone script.

Is there anyway to make like the taser on your belt

You would need to attach it to the bone closest to the belt then more the x, y, and z to the point you would like it and then you would also need to rotate it to the point you would like. You would need to disable it for all the other weapons and add the stun gun to the config. It is able to be done but will require quick a bit of testing. If you don’t have a test server I can play around with it and get back to you! @JackSeptiaaaa12

@JackSeptiaaaa12 I will get started asap! I have currently testing with the vest attachment!

I have went ahead made this >>

Tazer on the back???

They will serve the same purpose this is only to have one for tazer and one for rifles!

ah oki because i also had an idea. Have the tazer on the vest in front 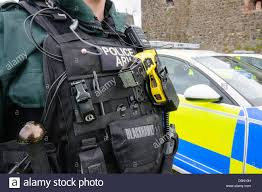 But only when we have the vest on