Today I present my first script I made a while ago, a trucker job with multiple routes!
You can configure very easily the route for each truck in the config. 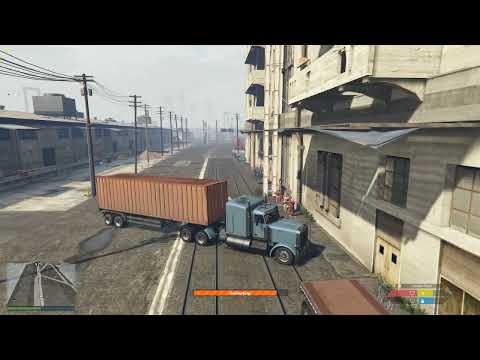 Then go to your config and ensure those scripts

Looks nice! Is it a standalone or any specific framework?

Yes, it doesn’t say (annoyingly) however it is ESX. Most likely because the original script was written for ESX too. The one that this was “inspired” by bahahaha. If you check the source code they shared by following the download link, you can see this.

It’s actually a shame that this appears to be IDENTICAL to every other release for a trucker job, fuel truck job, delivery job, etc. They are all the same. Spawn a truck, drive from place to place where you wait 5 seconds at each location, then repeat. That’s all. What a waste of potential! And ry_progbar for a dependency? Looks oddly similar to mythic_progbar. Strange. In fact, this entire script is a scaled back version of the script by @OgZn6155

EN •Put the job in your fivem files •Add the “start esx_meslekler” line to server.cfg •Add and run sql file to the database How To Job EN You can continue your work after going to the designated points on the map and starting your shift. Take out your car and do your job. Don’t forget to finish the shift when you’re done. Requirements Requirements Github Job Job Video Job Note Note: Occupations There are 3 professions as builder, trucker and construction worker. You can determine a…

They might be fine with it, because it doesn’t appear as though it’s a copy paste. This script seems like it may actually have been written from scratch even, however, given it does the same thing; hire a vehicle, drive to different spots and get a short wait before repeating, even using the same progress bar (which you seemed to have renamed to claim credit), this is a complete waste and bordering on offensive. But what do I know, I am just a grump that’s been seeing this stuff happen over and over and over. Sorry if I offend, just sick of seeing these repetitive, boring jobs, that seem to all be the same, and these weird practices of having almost identical resources like the progress bar that people tweak and rename as their own.

hey man, first of all I agree with everything you said!

But this trucker job you can set several different routes for each trailer! What half of the jobs don’t have that.

As I mentioned, I made this script over 1 year ago, it was my first one I made from scratch. I just don’t think it’s necessary to compare with other scripts, since the code in general is totally different from the others and made by me. If the problem is a server side trigger that I made and put it 1 year ago I don’t know what else to say…

Thanks the same for the comment, it helps a lot!
Soon I will release new things and I hope you are there to comment what you think too

The code snippet I shared was to the other person asking about it being tied to a framework. I was showing them how they can check these things for themselves.

To be clear, I am NOT saying that you have stolen any code. This script DOES look like you wrote it yourself and I commend you on doing so. I write 90% of my own scripts and I know how it can take time, sometimes. And I don’t share 99% of my stuff, so I appreciate people like you that do, for others that aren’t as good at coding, or even myself if I am feeling lazy

Don’t get me wrong, I am not saying you have done anything wrong. I am just getting disappointed day by day, as I see the same thing over and over. Almost identical scripts, as well as jobs that are like; go here, wait, go here, wait, etc.

There is so much potential in this community but people seem to keep writing and rewriting this type of stuff. But as you said, this was a while ago and about a year ago, it was far worse than it is now. Anyway, my rant is more of a general one, than one aimed at you, so I really do mean no offence. The progress bar thing is a little “huh?”

because it seems to be mythic_progbar but other than that, I was more banging my head against the desk, not throwing punches haha

And I do like that you added something of your own to it, which is different routes. Look forward to seeing what else comes and I will try to be less obnoxious, now that I got it out of my system

Thanks for the positive attitude too. You had every right to come at me but you didn’t. +rep

this is a community to share knowledge and interests, there’s no reason to treat others badly ahah. And I get your point, but this was my only thread that will be the “same” as the others.

Because I have a lot of new things to show and share my knowledge that I’ve learned over the years!

Thanks again, I know you’re just trying to help and I’ll never take it the wrong way.

This was probably the most wholesome interaction I’ve seen on this platform in the 3 years I’ve been on it. Kudos to you both for being level headed and props to you for the script, Red.

and for qbcore no?

I can put yes, tomorrow I should give an update