[Release] 'Crackdown' Missions System v3 & GitHub for your own missions

What is the resource about?

Hi,
The ‘Crackdown’ missions system recently had some major improvements in version 3, which includes:

Development has basically finished, for the scope of what I wanted to achieve, so wanted to share with others who would like to use or adapt it for a mission system on their own servers…or to just play the default game mode etc…

To download Grab the latest build from GitHub. The latest there will be stable.

Source is on github now: GitHub - ddraigcymraeg/mrp-missions: Crackdown Mission Resource for FiveM
Please read the README.md to get started. It also has advice on how to extend the resource in various ways that was out of scope for what I wanted.

ONESYNC SUPPORT:
experimental ONESYNC support version below. Download the code from github and copy this server.lua over the old server.lua if you are on onesync, let me know if you have any issues with onesync with this file…

The orginal thread for the resource when it was in beta is here: https://forum.cfx.re/t/release-fivem-crackdown-game-mode-and-mission-generator-creation-beta/
The first post has a ton of information, photos and videos, and the thread has basically all the archived builds uploaded and a lot of other info. All pertinent info is on Github as well.

You are welcome to use this resource as a reference for your own resource, just give credit to me and also to the people I credit in the fivem forum link above. As usual, I do not ‘officially’ support this, and it comes ‘as is’, its been well tested for bugs, but if any more are found I would consider creating patches.

Here is a short video of some new features that were recently added: 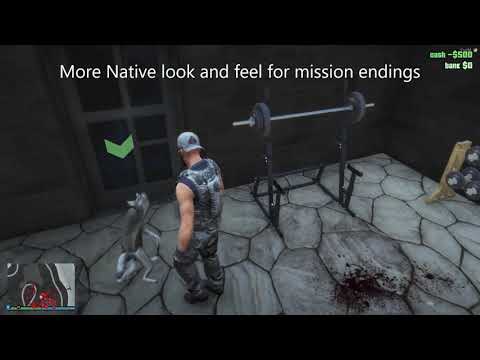 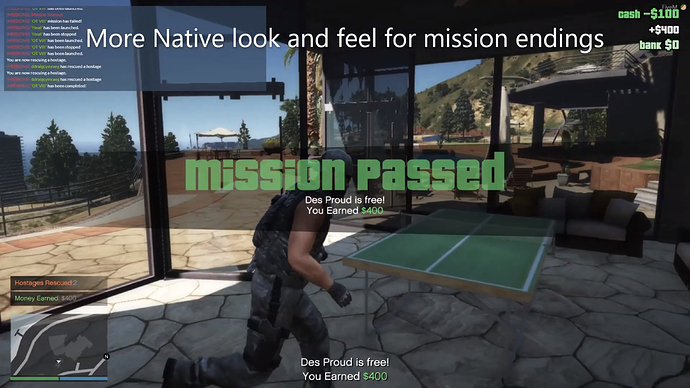 EDIT: Updated Missions.lua in the zip and on github to have Config.MissionShareMoney = true which is advised if you are giving out money for all enemy deaths for missions (rather than just a few targets in the mission), which the resource does by default.
If you are seriously giving money via ESX with this mission system, or taking the game mode $ seriously, and not having mission players share money, only consider giving money rewards for hostage rescues, objectives and limited targets in assassinate missions for now. There is a bug which I am not 100% sure yet is fixable, where code running somewhere on the client (looks to be outside my resource) can cause mission peds to “die” and the cause can be attributed to the player whose machine spawned the ped. So a player can be penalized or rewarded, who spawned the ped. So turn off kill penalties too in missions.lua.
When you share money, all players participating in the mission will share whatever was made. Any penalties will be due to safe house equipment costs from losing weapons/upgrades on respawn and any penalty or death the player will get on the server. 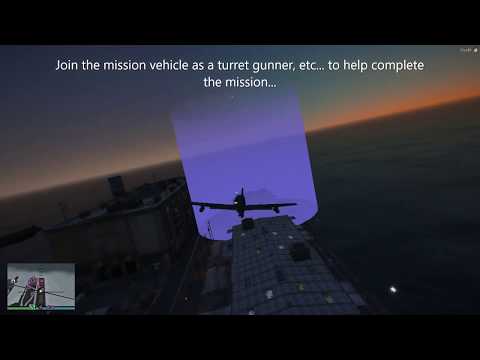 Mission Reinforcement Drops how to use and what they are: 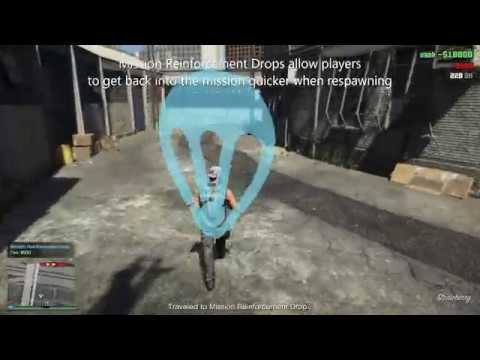 EDIT4: Added 2 new missions, Mission43 and Mission44 which are helicopter versions of Mission25 and Mission28, which have planes.

EDIT5: Safe house mission peds will have anims and will occasionally talk, all configurable and can be turned on/off.

EDIT6: A few more tweaks and bug fixes, also a new video showing one of the new helicopter missions, Mission43 and showing how to get into the mission vehicle as a turret gunner or regular passenger in escort/transport/defend/rescue missions. 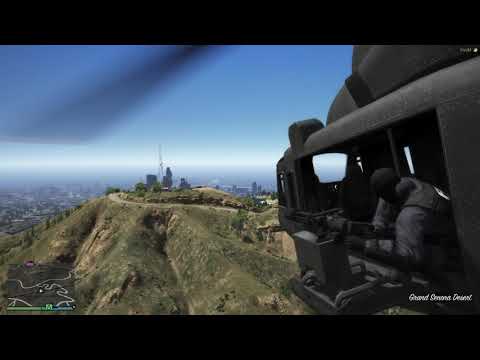 EDIT7: You can now summon and dismiss AI teamates/allies for the mission, as well as select any number of AI types to spawn (default is 4), with various button/key combos (in-game help when a mission is active has the controls info).
Very configurable as well. AI will fight with player and follow them, including getting in vehicles, and picking most useful available seat based on vehicle (configurable). They will not earn money for players though. This is turned off by default. See EDIT11 below. 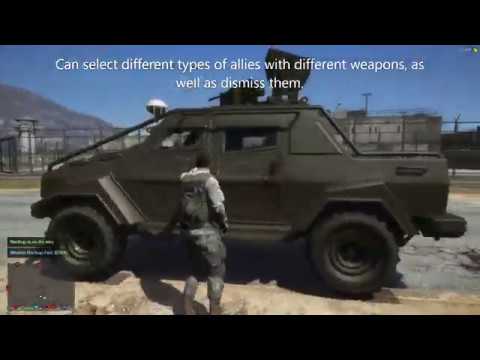 EDIT8:
New checkpoint racing missions where players race against the clock and against themselves for $ while enemies try to stop them. Also much more improved random mission spawns, enemies down spawn under or over the map and end up mainly on roads anymore. 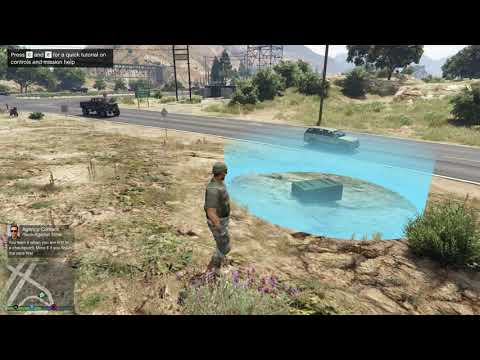 EDIT9
There can now be 1 to N randomly generated events for any mission, which will add to events already added to the mission.See ExtraRandomEventsType and GenerateExtraRandomEventsNum config vars in missions.lua

EDIT10
upgraded the rcbandito to make it actually worthwhile to use and pay for.
Instead of the one off vehicle explosion pressing LB or E key (default), Pressing and holding or repeatedly pressing the button/key will allow continuous explosions for 5 seconds while the player controls the rcbandito, until it blows up after 5 seconds. Cost to use is 3 times that of a regular vehicle by default, and counts as a safehouse vehicle. Cannot deploy while safehouse is closed as well. 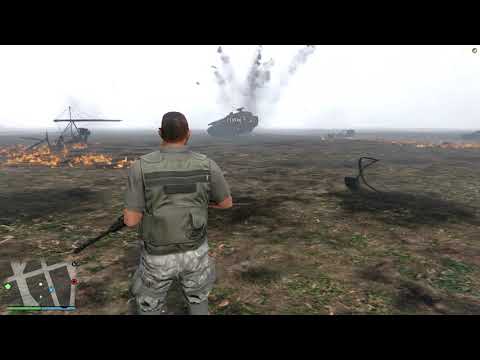 EDIT11
Vehicle repairs are now possible when near a vehicle or inside it at a $ cost when the safehouse is open. This can be very helpful in escort missions whereby the target vehicle can be repaired on the fly, even if the player is not the driver. 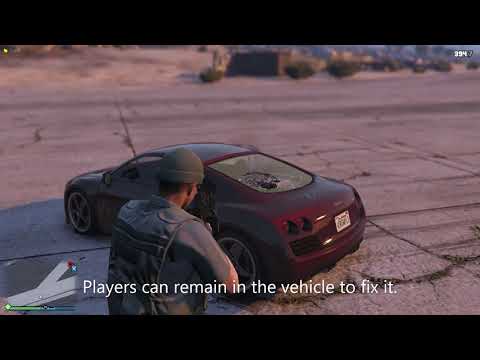 EDIT12
Added support for creating your own missions like this 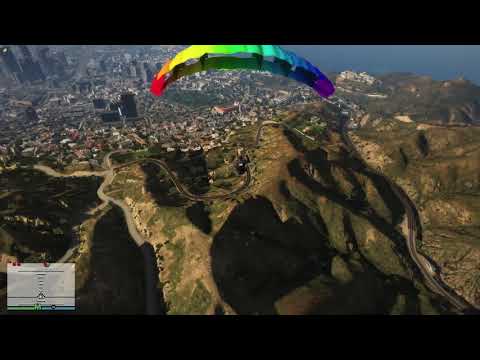 Some things as well to point out.

For IsDefendTarget missions players can now heal the ped they are defending when within 2m away. This costs $ and can only be done when the safehouse is open, and costs a safehouse turn, whereby they have to wait till it is open again before using this ability again. Similar to vehicle repair. 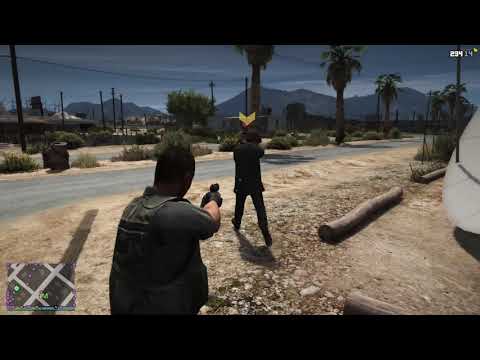 EDIT 15
Feature for the backup AI. You can swap seats with them now using LB + RB or Q+E key (default). This is great for swapping back and forth with a turret seat, as well as letting the AI drive during combat. 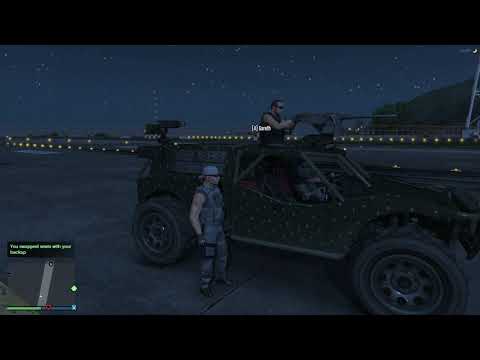 Havent looked yet, but script looks promicing ! thank you

What is the difference: [RELEASE] FiveM Crackdown game mode and mission generator/creation [BETA]

3.1.2 link on this thread is the most recent, and is what is in GitHub. Decided to announce it is out of beta as well as on github now. The info in the OP on the beta thread still (mostly) applies to this version, since I had maintained that post till this announcement was created.

can this be used in normal fx servers?

It should be fine, did you read the readme.md on github?
Im not sure what you mean by “normal fx server”.

Sixsens who helped me QA this has ran it fine on his public RP server. There were some issues, (that he was able to resolve), when he went to OneSync. I mention this in the readme.md. I have tried to develop it, and QA it with public server in mind as well (at least the core functionality), with his help.
readme.md talks about how to extend the resource if the config changes are not enough, but you would need to be comfortable with editing in lua.

EDIT: There are settings in Missions.lua: EnableOptIn and EnableSafeHouseOptIn that will help demarcate mission players who want to play the missions from other players. Readme.md talks more about it too, as well as the other docs.

EDIT2: Merged a couple more changes into github from my local game mode dev branch, that I decided last minute to add. This adds a mission rejuvenation fee that acts as a $ penalty for when a mission player dies during a mission. Its turned on when MissionRejuvenationFee config var is > 0 , turned off by default. Im my game mode players compete for $ earned vs lost due to mission equipment costs and rejuvenation (respawn) costs.

Mission Blips have improved icons and titles as well.

virtually all config vars are in Missions.lua 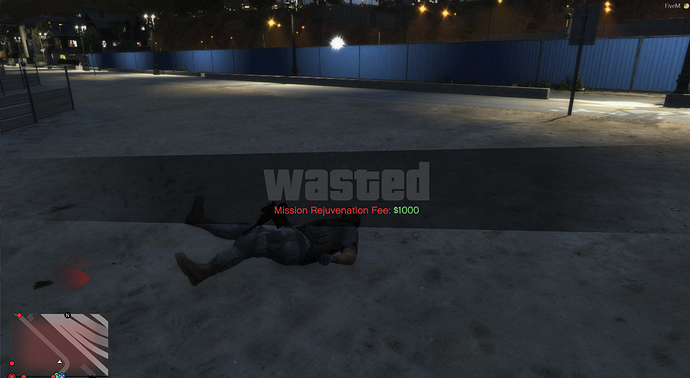 Very good work, a great contribution to the community. I hope to see your work continues…

Some more updates that were not too bothersome to add, (one which I wanted to add for some time)

Mission Reinforcement Drops how to use and what they are:

Made an update to the readme.md on GitHub re: public servers (vs ‘local’/private servers), which is worth checking out if you want to run this on a public server.

For public servers, You will probably want to spawn mission entities near to the player triggering the mission, so having/setting MissionTriggerRadius < 300. Probably Mission20 & Mission21 (which spawns entities all across the map) and other missions with very large amounts of entities, or spawning entities well away from players, may not be ideal for a public server. I would tone those down if they are causing problems. You can also set IndoorsMission=true for a mission, even if it is outside, which will spawn entities dynamically near players (within IndoorsMissionSpawnRadius, which you can change in Missions.lua)

EDIT: Added 2 new missions, Mission43 and Mission44 which are helicopter versions of Mission25 and Mission28, which have planes.

EDIT2: Safe house mission peds will have anims and will occasionally talk, all configurable and can be turned on/off.

EDIT3: A few more tweaks and bug fixes, also a new video showing one of the new helicopter missions, Mission43 and showing how to get into the mission vehicle as a turret gunner or regular passenger in escort/transport/defend/rescue missions.

You can now summon and dismiss AI teamates/allies for the mission, as well as select any number of AI types to spawn (default is 4), with various button/key combos (in-game help when a mission is active has the controls info).
Very configurable as well. AI will fight with player and follow them, including getting in vehicles, and picking most useful available seat based on vehicle (configurable). They will not earn money for players though.

I may release the AI allies as a separate resource to use or build from.

This is the last major feature I wanted to add to this resource , so besides patches for any game breaking bugs, this will be the last update planned. (famous last words

I haven’t had time to check out recent updates but the AI backup looks just amazing!

This is such a phenomenal project you’ve built up. Thanks again!

how to activate ESX money ?

its possible to reactivate de PED police and the wanted level ?

Yes, its possible, remove/comment out this code:

I use the ESX base so the player position save
when the player this connect your script tries to freeze it
and put it in a safehouse.
but the ESX base use leaves disconnection location of player but
however it is freeze well

so I deactivate this option
Config.TeleportToSafeHouseOnSpawn = false

do you have a solution or tip to help me with this problem?