Redwood Roleplay V.2.0 is a new and up-and-coming FiveM roleplay server which strives to accommodate realistic and immersive roleplay for anyone who is interested. We offer captivating law enforcement roleplay with the Pro version of Sonoran CAD and 90% of the plugins for it, a progress-able ranking structure, and a huge vehicle fleet and uniform EUP. Our Civilian Operations department have lots to do around the county through developing their characters on the CAD and creating links between other characters. If you’re interested in realistic roleplay, over the age of 14 and like the sound of this, think about joining and giving it a try! 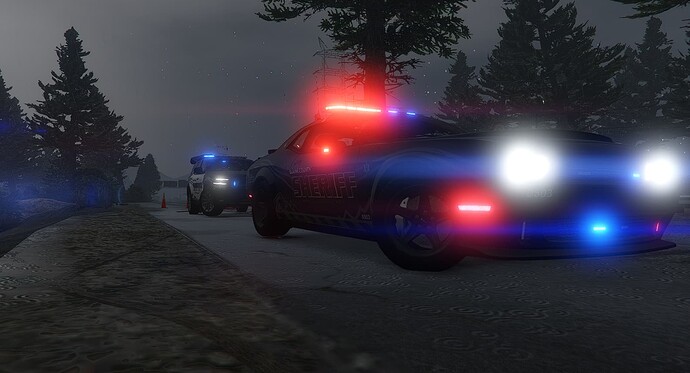 So what are you waiting for? Join today and be apart of a never ending journey!

Hi there, thanks for stopping by! Here’s what’s going on with Redwood RP!

Opening Tomorrow
RWRP is opening publicly TOMORROW! We’d love to see the community grow as quickly as people join so join up if realistic Cops V Civs is your kinda thing.

Scripts and Resources
We’ve been adding some newly released and classic scripts into the server today in preparation for tomorrow. They’re awesome and we can’t wait to use them in roleplay.

That’s it for right now, stay tuned and be sure to join to keep in the loop.

Our BCSO Cessna patrolling the skies like a hawk! RECENTLY ADDED
We’ve now added in a new custom fire station and sheriff’s office in Grapeseed. A few restaurants and bars have also been added up and down Blaine County.

The Sonoran Radio has also finally been implemented and if fully function with the tower connection as well.