RedM Devs, it's possible your female models are broken on ALL servers!

Face and body customization is broken on all female models. Despite customization, all female models have a default face and all have the athletic body type. I have joined a few servers to test this out, along with other friends, and the result is that it is a REDM issue and not a server issue. PLEASE NOTE: ON THE USER END YOU APPEAR AS INTENDED, as in, YOU will see yourself as the correct body type and the correct customized face, BUT NO ONE ELSE DOES. This is why I am sure, MOST people don’t know this is happening to them, but it’s happening to ALL female models in multiple, if not ALL servers. This does not apply to male avatars.

Some things that were tested:

Again, from my perspective, she looked normal (as I intended) but to all others, she looked as described above. I have had multiple friends try this, and it is the same result. So it’s not a me problem, but a global one.

Here is some evidence:

Please note that after the most recent update this fix DOES NOT WORK. All female models are permanently default faced and have the athletic body type. For the purpose of data I will list the old fix here.

Previously, the fix I had found was:

The coat was the MAJOR problem, but other items trigger it, and so does the clothing store menu.

When an outfit was made that did not include a coat, then the user refreshed like 3 or 4x after I exiting the clothing menu, they mostly always looked correct.

The trick was to make an outfit with no coat on, exit the clothing menu, and refresh 5/6x.

If an outfit was made that included a coat, it doesn’t matter how many times the user refreshed, or what article of clothing was taken off, the user would have the wrong face/body.

I’ve done a lot of other testing which I did not list here. It would just be too much to post.

and the result is that it is a REDM issue

RedM does nothing regarding character models? Have you even tried on RDR SP mods? RDO? Considered providing repro steps instead of ‘evidence’?

As said the above, that’s clearly not a RedM issue. However, after looking a bit on the character you did. Shapes looks very irrational. Is there any chance that you passed too small (< -1.0) or too big (> 1.0) value to _SET_PED_FACE_FEATURE. Because in that case, the game have a hardcoded limits for network. So it applies on your end, but for other clients this value will be synced with default value (0.0). This how it worked since V.
Otherwise, again, we can’t help you until you provide repro scripts.

I sincerely thank you Disquse and deterministic_bubble being nice about this and taking the time to respond.

I apologize for the lack of technical data.

This is data that friends of mine and I have gathered as players. We are not developers, and have no knowledge of coding/scripting. Although I am embarrassed about my noob evidence, we’re just concerned and doing the best we can as players.

Our servers told us it is a RedM issue and our testing through gameplay at multiple servers have the same result, so reaching out to RedM seemed like our last resort to be heard and have this fixed. I will try reaching out again to the servers, relay this information, and get the repo steps as suggested.

Lastly, I strongly believe this is not more widely known because of the circumstances:
1. your av must be female & 2. despite it happening to all females, you would only know about it by seeing yourself in a photo someone else took of you, or a video from someone’s else’s POV… because, again, in YOUR game you always look correct, but to everyone else you do not.

I have been told “this isn’t happening to me” by people who do not have female avatars and tested it themselves by seeing themselves through someone else’s game or having someone else take a screen shot of their avatar for comparison.

But yes, I will relay this to the servers as best I can and will update. Really, thank you so much.

Sadly, this is still an ongoing issue no matter what servers do to fix it. It’s been a year and a half since the “bug” was found and before this happened, there was no issue with female models at all.

Prior to our server’s Custom Character Creator, we used to see all female body shapes working properly. After the new character creator was implemented, we still saw female models being created the way the player wanted them to look. There was a patch soon after from CFX that kind of, if not, messed things up. We had to find all sorts of loop holes to get our female characters to stop transforming. We had all these useless steps such as wearing less clothing, refreshing our character models 5-6 times, avoiding all things that would cause us to be incapped, not wearing coats or hats, avoiding any type of tackle, etc.

I know there was some sort of issue on RDO that happened with Female Models as well. So what i’m thinking is that, some how that code or whatever, was carried over from RDO and was never fixed. So now we’re stuck with whatever CFX has pushed out since April/May 2020. Sure, client side looks great but server side, we’re stuck with default faces and body shape of average no matter what we do.

There was a patch soon after from CFX that kind of, if not, messed things up.

As above, however, which still stands:

RedM does nothing regarding character models

You’re also still not providing any reproduction steps, nor was the original poster doing such. Nobody can investigate any issue if you don’t provide any steps to cause it at all, but only provide weird ‘guesses’ such as:

So what i’m thinking is that, some how that code or whatever, was carried over from RDO and was never fixed.

… which, again, makes no sense if you take into account how anything actually works here. No code exists in the RedM client that affects ‘character models’ at all. If this is caused by ‘a patch from us’, this would probably just have been applying a usual RDR2 EXE update, and not at all any code directly causing such, which again underscores the importance of providing reproduction steps and scripts/code.

Finally, if this issue were so important and widespread as you say it is, I’m also surprised nobody has repeatedly reported it with any actual information for those ‘1.5 years’. 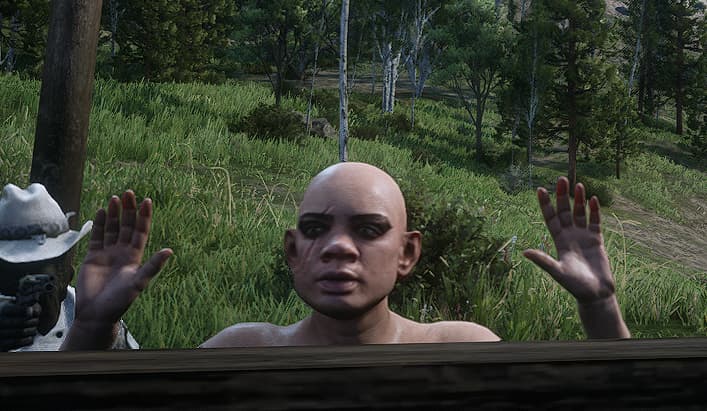 Problems are only with female model and this natives

I will later post code to reproduce this issue

Easily capture screenshots, GIFs, and replays that are ready to share. Download the free app for windows and mac.

Easily capture screenshots, GIFs, and replays that are ready to share. Download the free app for windows and mac.

Doing anything will cause female model to morph. 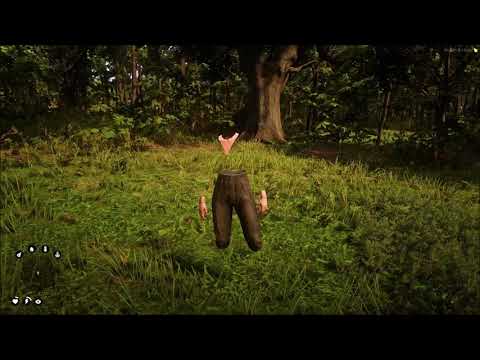 Still not seeing either of you post code. These videos are very useless without actual code!

Pastebin.com is the number one paste tool since 2002. Pastebin is a website where you can store text online for a set period of time.

Thanks, have sent it for further analysis.

As a female, Ive also had this issue. The female I create is not the same female that shows in the server once leaving character creation.

This is 100% still an issue. Every female I’ve talked to is having this issue (at this point near 100), every server I’ve been on universally has this issue. It isn’t a problem in rdo, so it must be a redm issue. I hope this can get some attention as this is a pretty serious issue for a platform seemingly primarily geared towards rp to have a basic function not working properly at all for half its population. The reproduction steps are as simple as can be. Make a female character, customize the face to not look like ass, play the character, realize the face looks very little like you customized.

so it must be a redm issue

I believe last times I had @Disquse look into this it actually turned out to be an issue with the RP scripts people use, not RedM itself.

Make a female character, customize the face to not look like ass, play the character

RedM doesn’t have any component to ‘make a character’, this is scripts that are not made by us.

What d-bubble said aligns with the fact that the two of the biggest RP servers did in fact find the code that was problematic and managed to fix the models.

As far as what was wrong, someone mentioned to me that the specific line of code was too far down in the list. They needed to move the code up in order to prioritize it or something. Again I’m not a coder, so I don’t know how to phrase that properly. All I know for sure is that when females were imprisioned at sisika they did not have the problem. Once they realized that, the server quickly fixed the problem that’s been plaguing them since I first reported the bug.

If anyone has found a fix at their server and would be kind enough to share this information here, it would be greatly appreciated. I feel like everyone deserves a chance to have a proper character, no matter where they role play.

After researching this a bit we can confirm that something works not as expected when trying to use natives that somehow affects expressions system of the game (body size, face features a.k.a. micro morphing). And this of course never happens for mp_male (a.k.a. meta ped type 0) model. We’ll keep researching this further.

it seems that this is the fix but will for sure know tomorrow
SetPedOutfitPreset(ped, presetId, boolean) also named wrong in the docs

I can confirm this native is the fix

Could you explain where/how this was used as a fix? The script we are using calls this in 3 different spots and we’re having this issue.