we read R* new post regarding RP servers.
There is more or less room to interpret their statement. 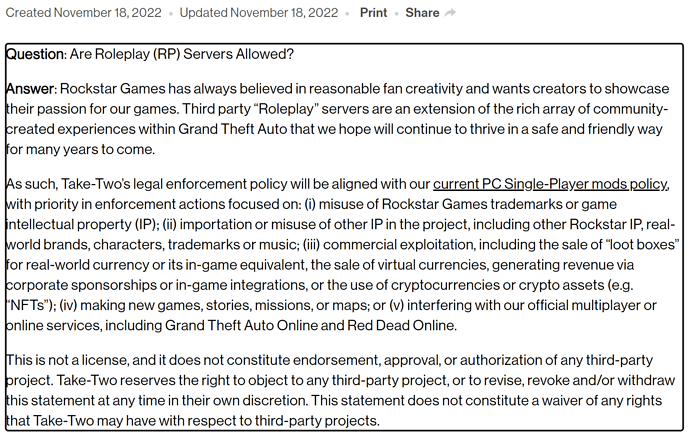 Does the CFX-Team have any recommendations about this?

Thanks and have a good one

Didn’t they just say that they are fine with Roleplay servers as long as they don’t promote gambling/loot boxes? I mean, I don’t think that there’s anything wrong with that.

An announcement will be released about this later today.